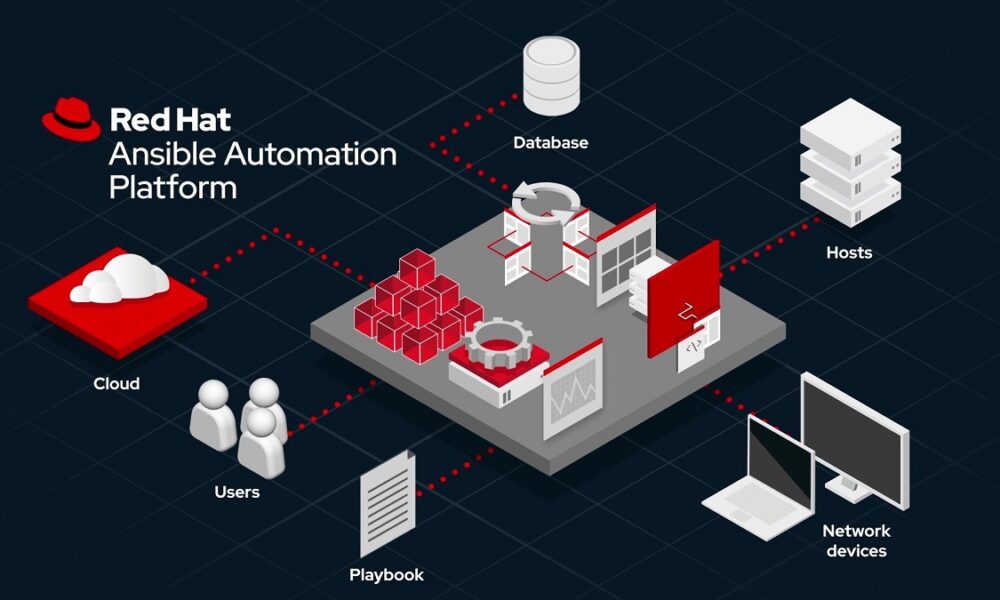 Refined for the evolving realities of computing at hybrid cloud scale, the latest version of the platform adds self-contained automation capabilities while shifting automation more deeply into the application development lifecycle.

In a study commissioned by Red Hat, 451 Research, part of S&P Global Market Intelligence, noted that resondents in its recent Voice of the Enterprise: DevOps, Organisational Dynamics survey identified the top cultural challenges of DevOps as overcoming resistance to change (35%), promoting communication between teams not accustomed to working together (34%) and breaking down silos (33%).

As organisation-wide collaboration becomes a priority, so does the need for product and IT teams to standardise automation practices around the needs of the business while extending automation use cases to drive greater efficiency.

As hybrid and multicloud computing become critical IT components, IT organisations need automation platforms that can bridge traditional systems with these modern services, stretching from the enterprise datacenter to remote network edges.

Ansible Automation Platform 2 is now fully restructured for a hybrid cloud-native world, making it easier for IT teams to address automation needs at scale across varied environments and systems in a standardised way.

With the automation controller (formerly Ansible Tower), users can more reliably and consistently scale automation on demand, taking a systematic approach to standardising automation practices while helping to reduce automation irregularities across the enterprise.

Further addressing the need for automation at scale across the open hybrid cloud is automation mesh within Ansible Automation Platform.

The capability connects disparate automation components together and provides status checks on automation environments across the IT estate.

Automation mesh is designed to connect across diverse environments with dispersed networks for more flexibility and resiliency without sacrificing security, so enterprises can better adopt and scale automation.

Shifting left: Self-contained automation for developers AND IT operations

With automation now spanning the hybrid cloud, the associated tools are no longer the domain of specialists.

Both IT operations teams and developers must now be enabled as automators, but to do so requires automation technology that is easily portable, flexible and scalable to stretch across IT footprints.

Ansible Automation Platform 2 helps extend the role of automator across the IT organisation with its cloud-native architecture and new collaboration and developer tools for creating, testing, distributing and managing automation content.

Ansible Automation Platform 2 introduces the concept of automation execution environments (taking the place of Ansible Engine), which deliver self-contained automation spaces that can be easily replicated and repeated across an organisation.

This helps teams scale and speed up the delivery of automation tooling across environments while also significantly reducing the operational overhead and complexity of maintaining a standard automation platform that spans the open hybrid cloud.

This helps automators, from developers to sysadmins, maintain operational consistency across their systems, from developer workstations to staging platforms to production.

Red Hat is the expert in Ansible automation, which is why Red Hat Insights is well-suited to keep automation delivering optimal outcomes across the open hybrid cloud by.

The service now contains the former Automation Analytics components with added features that include:

“We are seeing many organisations shift their automation priorities away from cost savings and towards agility and security. We are helping our customers to rapidly evolve their culture and processes, to automate at enterprise scale, some with tens of thousands of automation creators working across many teams and countries, sharing and reusing content. Red Hat’s Ansible Automation Platform 2.1 delivers the next-generation architecture, collaboration and content needed for organisations to automate across their hybrid clouds.”

Also, Jay Lyman, senior research analyst, Cloud Native and DevOps, 451 Research, said: “While enterprises have broken down many of the barriers between different teams, particularly development and IT operations, silos still persist. Automation can help bring together different IT teams by codifying collaboration and communication, thus bridging silos. Communities of practice – teams within organisations that have a common technical or business interest – can promote sharing of trusted automation content that helps reduce finger-pointing and drives more success (Research, part of S&P Global Market Intelligence, “Driving DevOps Automation”, Jay Lyman, May 2021).

Michael McCarthy, delivery architect, Production Engineering Group, Gamesys, also has this to say: “Our current priorities at Gamesys are scaling and becoming more geographically distributed. Being able to run containerized solutions has been difficult due to our use of virtual environments, which thus impacts our scalability. As heavy users of automation controller [formerly Ansible Tower], it’s valuable for the technology we’re already using to adapt with us. The direction of Red Hat Ansible Automation Platform enables us to execute automation in containerised environments, supporting new strategies for innovation in the business. Now, we can scale automation systematically across the enterprise with consistency and as demand requires to hit those two priorities with fewer barriers, using a platform that’s already integrated into our workflow.”

On his part, Walter Fernandes, senior manager, Global Technology Services, Bank of Nova Scotia, said:  “The reporting provided by Ansible Automation Platform with Red Hat Insights helps management understand the level of automation maturity within teams by providing detailed reporting on automation usage. This helps management to work with all teams to build up a mature and effective automation practice across many teams as well as providing executive level reporting to demonstrate the level of automation usage across the enterprise.”