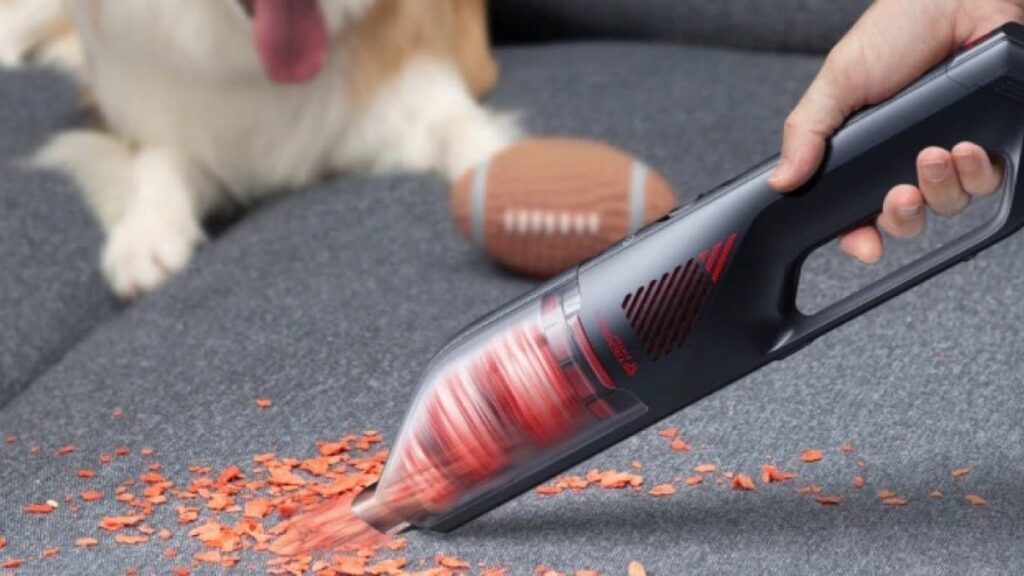 Recently, I realized that my car deserves better.

My Subaru Forester — also known as the Gray Lady because she’s austere and no-nonsense — has taken me all over the country, hosted memorable moments, and never demanded too much. And how have I repaid her? By treating her as my own portable dumpster. She has endured sandy feet, spilled popcorn, and lots of dog hair.

While my home gets the regular Dyson treatment, my car has seen no such luxuries apart from the sporadic shop-vac at a car wash. I love my Dyson, but it’s not ideal for reaching those awkward crevices and I don’t want to lug it out to my car on a regular basis.

So I began my search for a powerful handheld vacuum that could pick up what my Dyson couldn’t, and tested out Eufy’s HomeVac H30 Venture. The Venture, which costs $159.99, is the least expensive model from the H30 series.

Defending my car’s honor at all costs
Credit: Mashable

The HomeVac H30 Venture comes standard with two attachments: the 2-in-1 crevice tool and the multi-tool. The Mate and the Infinity have the same body and specs, but offer different attachments, which accounts for the different prices. Instead of the multi-tool, the Mate ($179.99) comes with the 2-in-1 and a mini motorized pet hair attachment, and the Infinity ($199.99) comes with the 2-in-1 and a full-length attachment for mopping and cleaning hard floors. You can also buy the mini motorized pet brush ($29.99), hard floor attachment ($29.99), other accessories, and extra parts separately, on the Eufy website.

After using the HomeVac H30 Venture for several weeks, I’ve determined that it is a worthy addition to my vacuum family. The design isn’t perfect, but it’s useful for small spaces that my Dyson can’t get to. 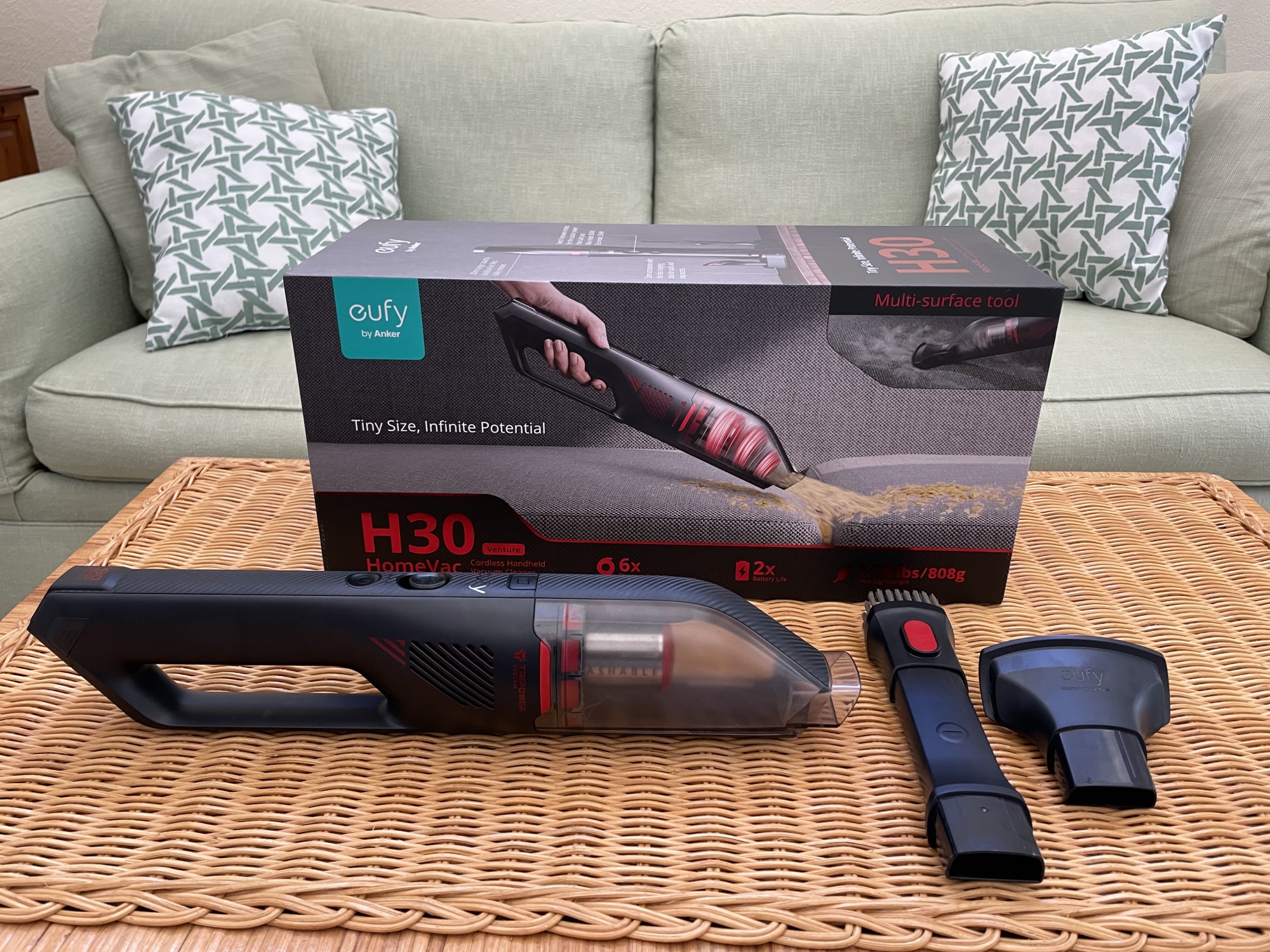 The H30 Venture with the 2-in-1 crevice tool and the multi-tool.
Credit: Mashable

The HomeVac H30 Venture arrived in a sleek black box, about the size of two shoeboxes laid end-to-end. Set up was very simple. All I had to do was connect the battery to the narrow body, which went into place with a satisfying “click,” and then set up the charging dock. The dock holds the body and the two attachments efficiently, which makes the overall footprint of the vacuum and its parts small and tidy. It can be mounted on a wall, but could also easily be tucked away in a cupboard or under a side table.

As far as vacuums go, the overall look is pretty chic. The cylindrical shape is unobtrusive and low-profile, which is something I didn’t realize I cared about when it comes to vacuums. The shape also makes it ideal for getting into small spaces like between the seat and the console.

The 2-in-1 attachment is slim enough to get into these crevices, and a press of the red button slides the duster brush down so you can use the attachment with or without it. The multi-tool is a funnel shape, which is effective for sucking up crumbs and hair from flat surfaces like the seats and floor. It’s a small detail, but my only gripe about the attachments is that they don’t click in and out of place like the battery does. There is a tiny little nub that keeps them in place, but I’ve checked the instruction manual, how-to videos, and FAQ forums, and didn’t find anything about proper removal. I think you’re supposed to just pull the attachments off, but there needs to be some clarification there. 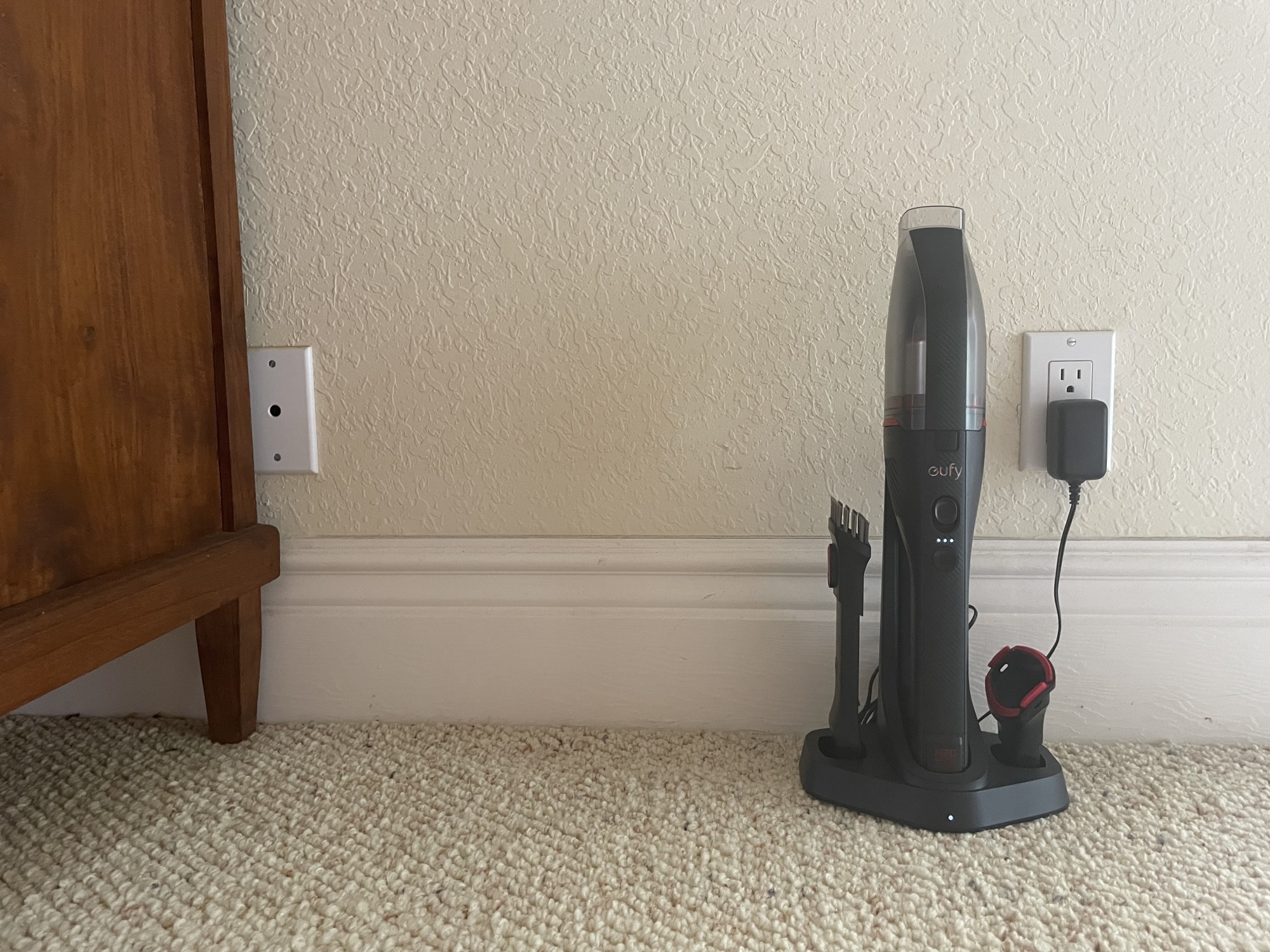 The vacuum has a small and tidy footprint which makes it easy to store.
Credit: Mashable

Putting it to the test

According to the Eufy website, the H30 models take four hours to fully charge. The Lithium-ion battery has 2500mAh, which translates to 20 minutes of power on “Eco Mode” and 10 minutes of power on “Max Mode.” Ten to 20 minutes doesn’t sound like a lot at first, but it’s actually plenty when you think about the intended surface areas. On Eco Mode, I vacuumed my couch in well under 20 minutes. Later, I used Max Mode on the passenger seat, driver seat, and front floor of my car which took about five minutes. Other reviews have mentioned the vacuum’s battery life as one of its cons. That may be a drawback for some, but I don’t plan on using it for large-scale jobs so it hasn’t bothered me.

With a motor power of 200W and a suction power of 80 AW/16 kPa, the H30 Venture is surprisingly mighty for its size. For reference, a good upright vacuum should have 100W or 20kPa, which means that this handheld vacuum is almost as powerful. Unfortunately its powerful motor is also pretty loud at 78dB, which is higher than the average of 70dB.

When using it for longer periods, I also began to take issue with the handle. While I appreciated the H30’s streamlined look, it seems like its function came at the cost of its design. The handle is too wide to grip comfortably while holding it for long periods of time, and even though it supposedly only weighs 1.8 pounds, it felt heavier than that.

My favorite feature is the little flashlight underneath the nozzle that turns automatically with the vacuum. I never realized how many dark corners a car has, and the overhead light in the car just doesn’t cut it. It is unbelievably useful when it comes to vacuuming under the car seats and the floor under the steering wheel/glove compartment and it makes me wonder why all vacuums don’t have it. 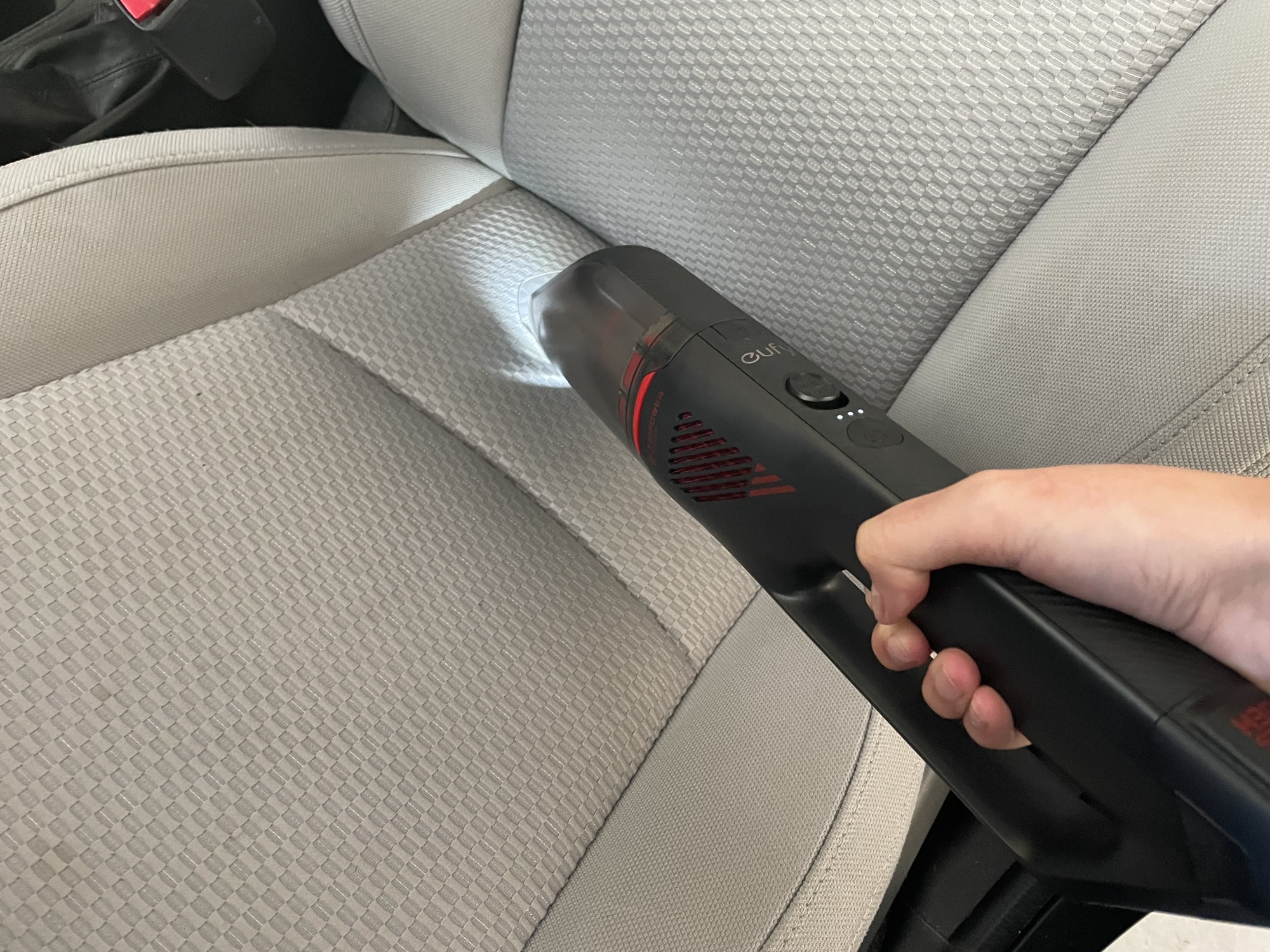 After two weeks of using the Venture, I can confidently say that it adds value to my cleaning regimen. My car is definitely cleaner, and I find myself more inclined to clean it since it’s so easy to do a quick pass. Similarly, the Venture comes in handy around the house when I’m too lazy to pull the Dyson out of the closet. Spilling coffee grinds all over the counter the other day didn’t seem like the usual disaster. A few quick passes across the counter and all was resolved.

The $159.99 price tag makes it a bigger investment than other handheld vacuums. And those interested in better ergonomics and a longer battery life might want to stick with a full-size vacuum. But the powerful motor and compact size make it a solid choice.