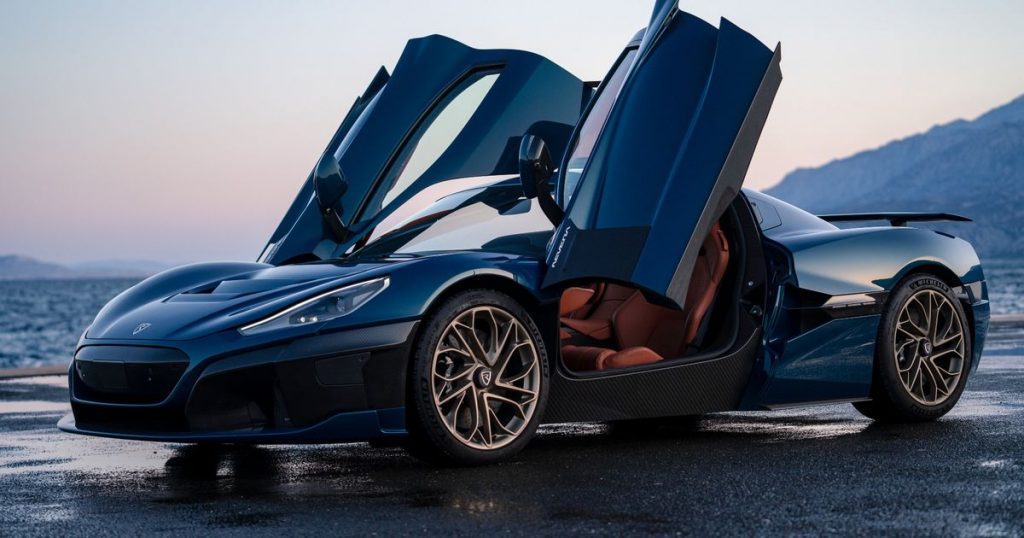 Rimac Nevera is an electric hypercar that goes from 0-60 mph in 1.85 seconds

In March 2018, Rimac Automobili, an electric carmaker and high-performance battery specialist from Croatia, announced the Rimac C_Two. The concept electric sports car boasted 1,914 horsepower and the ability to go from 0 to 60 mph in 1.85 seconds.

Now, the production version of the car has been rebranded as the Rimac Nevera (which means “sudden storm” in Croatian). The stats are the same: 1,914 horsepower, 258 mph top speed, 0 to 60 mph in 1.85 seconds, and a quarter mile time of 8.6 seconds.

And yes, those numbers are nuts, even in an era when super-fast electric cars are becoming commonplace. For example, Tesla’s Plaid variant of the Model S sedan goes from 0 to 60 mph in 1.99 seconds.

The fact that the numbers didn’t change from the original concept to the production version is what’s interesting here. And judging by the first test drives and reviews, the Rimac Nevera really is devilishly quick; for example, Carwow’s Mat Watson did a quarter mile in the Nevera in 8.62 seconds, a new (unofficial) world record for production cars, according to company CEO Mate Rimac.

“This is it. This is the car I had in mind when I embarked on the ‘impossible’ journey ten years ago. All our hard work has resulted in the Nevera — our record-breaking hypercar,” Rimac said in a statement.

Some of Rimac’s high-tech wizardry includes four highly efficient individual motors (one for each wheel), and a liquid-cooled 120kWh battery (which, by the way, gives the car a 340-mile range). But Rimac claims the car will also be a great “all-around package,” with features such as an AI driving coach, in-house mobile app, over-the-air updates, and tons of personalization options.

Perhaps the most interesting tech in the Nevera is Rimac’s own All-Wheel Torque Vectoring 2 system. It replaces typical electronic stability and traction control systems, and individually and near-instantly adjusts the amount of torque supplied to each wheel. This provides superior grip and helps the car go as quickly as it does, and can adjust how much torque is applied to the front or rear wheels in any amount the driver wants.

It’s worth noting that, despite the fact that Hyundai and Porsche are partial owners of Rimac Automobili, the Nevera was almost entirely developed in-house, and doesn’t share too many traits with cars from either manufacturer.

Unlike some racetrack-tuned, speed-optimized monstrosities you’ll see breaking records, the Rimac Nevera is a production car that anyone can buy — if they have $2.44 million. According to Rimac, only 150 Nevera vehicles will be made, all of them hand-crafted in Croatia. There’s no word on when, exactly, they’ll be delivered to their new owners.