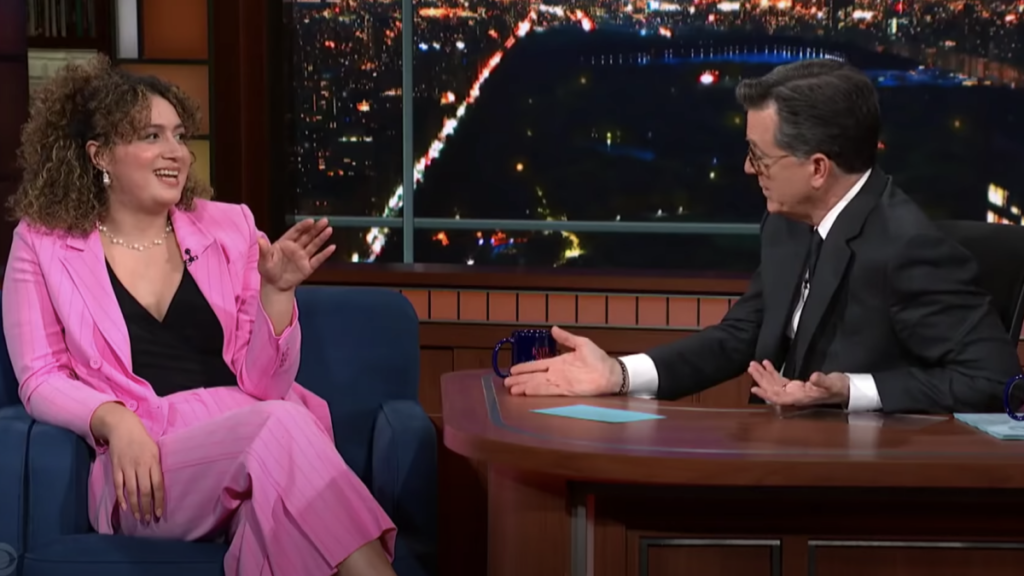 Loving The Lord of the Rings goes way beyond fandom: it’s a way of life.

Two people who subscribe heavily to that lifestyle are Rose Matafeo and Stephen Colbert.

Starstruck creator and writer Matafeo — who hails from New Zealand, where Peter Jackson’s LOTR movies were filmed — told Colbert just how deep her nerdery for the film franchise goes.

Matafeo did caveat that Colbert is much more of a nerd than she is — he did have a cameo in The Hobbit: The Desolation of Smaug, after all, (mostly) nailed LOTR trivia with Billy Boyd and Dominic Monaghan, and filmed a 20th anniversary rap with the cast.

“Nerd to nerd, we can talk. I used to tape my ears to look like elf ears,” Matafeo admitted. She’d get her hair stuck in the tape and would have to cut her locks to get it out of it.

“I did every hobbit name generator on the internet, every elf name generator. I’m Goldie Overhill of Nobottle. That’s my Hobbit name. I was obsessed,” she added.