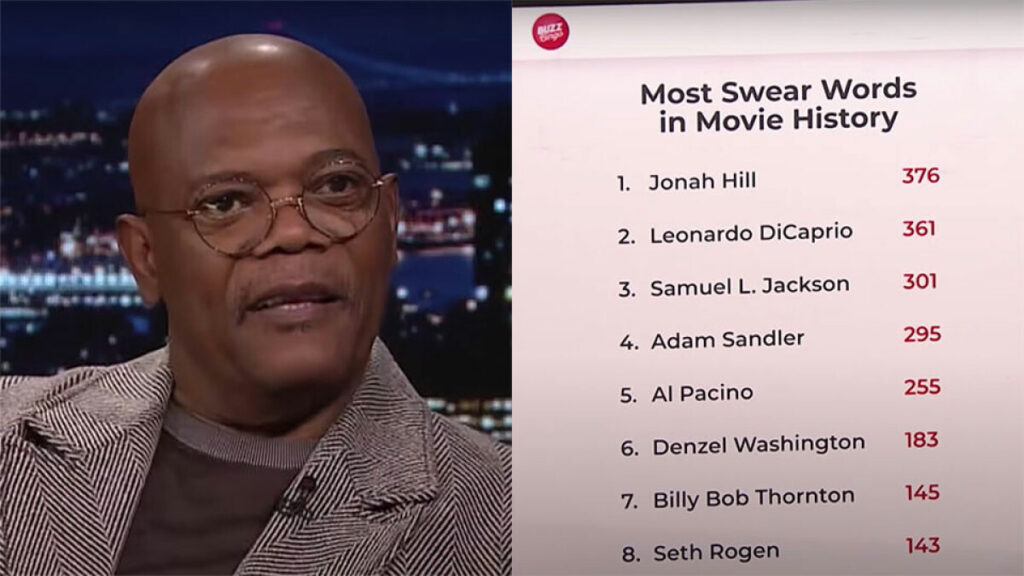 Samuel L. Jackson has a very blunt reaction to being third on the list of sweariest movie stars

Two, to be exact: Jonah Hill and Leonardo DiCaprio, at least according a survey carried out by Buzz Bingo that analysed thousands of movie scripts.

In the clip above from The Tonight Show, Jimmy Fallon presents this information to the man himself, whose response is pretty much exactly what you’d expect it to be.

He does go on to make the point, though, that he might come higher up if they were only counting specific curse words. And either way, numbers aside, nobody can swear quite like he does.