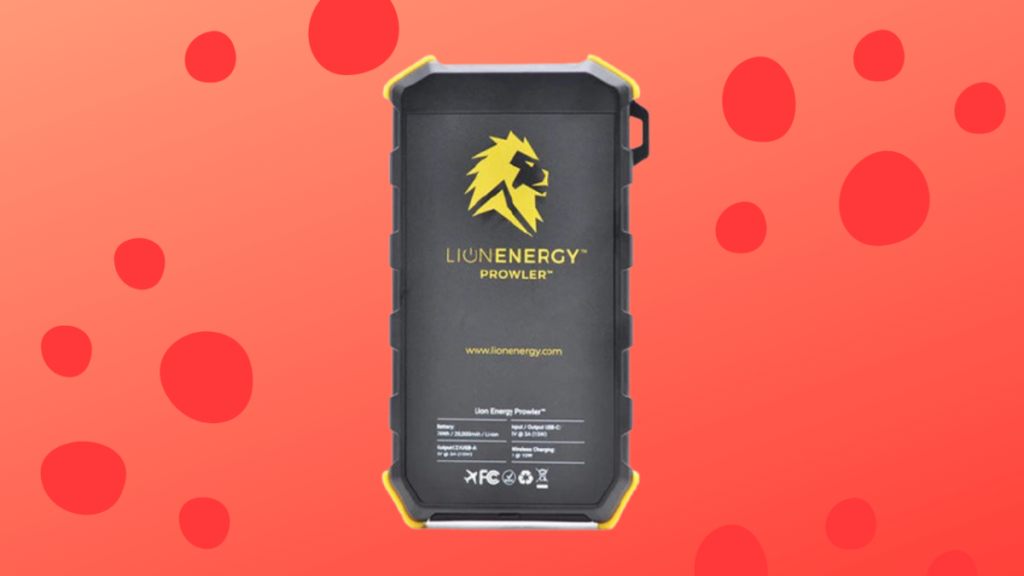 TL;DR: Heading back to the festival circuit this summer? You’re going to need a portable charger. As of June 29, the Lion Energy Prowler Power Bank is only $54.99 in the Mashable Shop. (That’s 21% off.)

Any traveler knows that extra battery life goes a long way — especially when you’re camping, at a festival, or even waiting around at the airport, where charging stations are few and far between. That’s why you need a portable power bank that can keep up with any kind of adventure, like this renewed Lion Energy Prowler Power Bank.

The Prowler weighs 1.5 pounds and packs 20,000mAh or 74Wh of power. It’s also equipped with two USB-A ports, one USB-C port, and a Qi wireless charging pad, meaning it’s capable of charging up to four different devices at once. It’s the perfect power pack to keep your and your friends’ devices charged at a festival or on a camping trip.

In addition to charging up your devices, the Prowler is also lined with nine LEDs. It can act as a solid lantern or flashlight when you need to light your way or as an emergency flashing light.

If you’re planning on bringing the Prowler on your next vacation, you’ll be happy to learn that it passes TSA regulations for carry-on lithium batteries.

Regularly, this wireless charging power bank costs $70. But you can snag this renewed one for only $54.99 for a limited time.