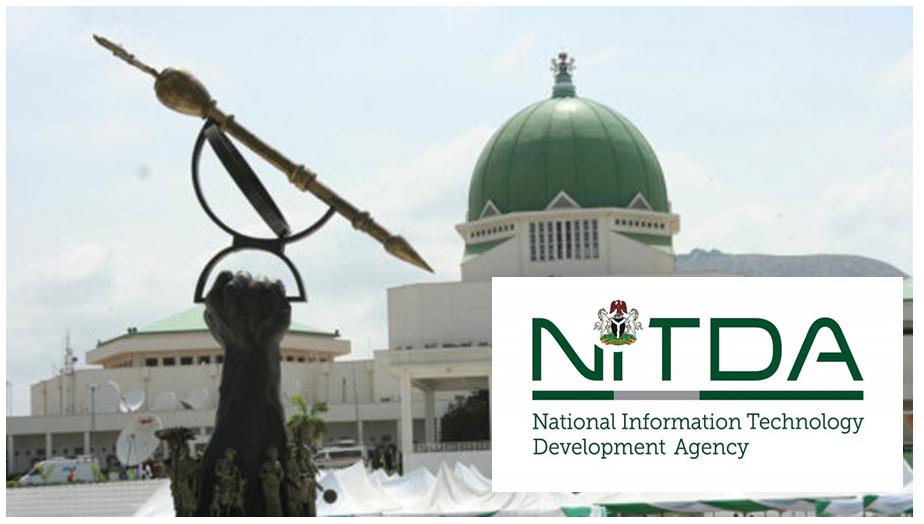 The controversy surrounding the bill to repeal the National Information Technology​​y Development Agency (NITDA) Act continued at the hurriedly arranged joint public hearing by the Senate and House of Representatives Committees on ICT and Cyber Security held in the Senate today, Friday December 23, 2022.

Other formalities such as the declaration of hearing as open by Senator Ahmed Lawan, President of the Senate, the welcome address by Senator Yakubu Oseni, the Chairman Senate Committee on ICT and Cyber Security, and Hon. Lado Abubakar Suleja, his House counterpart, had gone normally, but immediately the public hearing was called to order, Hon Nkem Uzoma-Abonta, a member of the House Committee, raised a point of order.

Abonta, who is the member representing Ukwa East/West Federal Constituency of Abia State, called for the public hearing to be postponed to January.

He noted that only a handful of members of the House Committee on ICT and Cyber Security were in attendance.

He also said even those available for the meeting didn’t have a copy of the bill, while Prof. Isa Ali Pantami, the Minister for Communications and Digital Economy,  and Kashifu Inuwa Abdullahi, the Director-General of NITDA, were absent at the hearing.

The lawmaker stressed that things should be be properly done with the Minister and the NITDA boss coming physically to speak on the NITDA bill spearheaded by them, even as members should be sent copies of the bill ahead of time.

The Lawmaker opined that the National Assembly shouldn’t be in a hurry to host a public hearing on a sensitive bill as members especially the Christians, were already in a holiday mood but were only sticking around as the 2023 budget will be passed on 28th December.

He said: “This is a bill that is supposedly meant to protect the integrity of Nigeria in the Internet space. But the drivers of the bill seem to be running on low gear. When the Senate President ably represented here spoke, he talked about people rumouring that we are holding a secret hearing. No, here there is nothing secretive about this. We are here in this hall.”

“However, the needed ingredients for us to proceed are not available. I am speaking from the side of the House. We have conferred among ourselves. We have 36 members of the committee, and how many of us are here?

“Critically too, we don’t have the required documents here. I can’t find the Director-General of NITDA. The Minister is not here. What needs to done should be seen to be properly done”.

His position was immediately supported by the member representing Ukanafun/Oruk Anam Federal Constituency of Akwa-Ibom State, Hon. Idem Unyime, who states that he wasn’t sent a copy of the NITDA bill that needed to be properly scrutinised and understood by lawmakers due to its importance.

The Senate Committee Chairman, Senator Yakubu Oseni, in his response, said that members of the House were sent copies of the bill and the notice for the public hearing was properly sent out to members in both Chambers.

He said: “I want to put it on record that if there is anomalies or any documents that you didn’t see, that should be a fault from your side as House of Representatives members.

“As far as we on the other side are concerned, everything is intact. The bill has been circulated, and the necessary documents have been circulated online, that’s on one hand.

“On the other hand, even if the NITDA Director-General is here, he won’t be the one to speak. He has a representative, the legal person will speak on behalf of NITDA. I have not seen anywhere that representatives are not allowed to speak. “I don’t see any reason why we shouldn’t go on with this public hearing. In our end in the Senate we are ready”.

His explanation didn’t stop the murmuring and division among lawmakers present, as another member from the House, Hon Isiaka Ibrahim moved a motion that public hearing be adjourned based on the issues raised by his colleagues.

Bowing to pressure, Senator Oseni announced that the public hearing has been adjourned sine die.

Indications that the public hearing wouldn’t have gone on as usual first came when the Deputy Chief Whip of the Senate and representative of the Senate President, Senator Aliyu Sabi Abdullahi, cautioned those he accused describing Friday’s public hearing as a secret meeting.

Abdullahi stated that the National Assembly had no ulterior motive and had followed due process in calling for the public hearing on the NITDA Bill.

TechEconomy had reported in its Thursday edition that stakeholders in the telecoms/ICT industry expressed dismay as an invitation for the public hearing, jointly signed by the Clerks of the Senate Committee on ICT and Cyber Security; and House Committee on ICT, Mr. Ayo Ogon and Abosi Lolo, respectively, and published in a Daily Trust Newspaper (today) Thursday, December 22, 2022, fixed the hearing on Friday, December 23, 2022; barely a day the invitation was sent.

They had raised an alarm over the hurried move by the Joint Senate and House Committee on Information Communications Technology, ICT, to pass a controversial bill to govern the Nigerian digital economy ecosystem, describing it as an attempt to create a behemoth that does not exist anywhere in the world, as NITDA will become the regulator of all regulators.

So, stakeholders had expressed suspicion that the Committee wanted to pass the bill without substantial public participation.

It was also alleged that the submissions of the industry stakeholders made during its first public hearing were jettisoned.