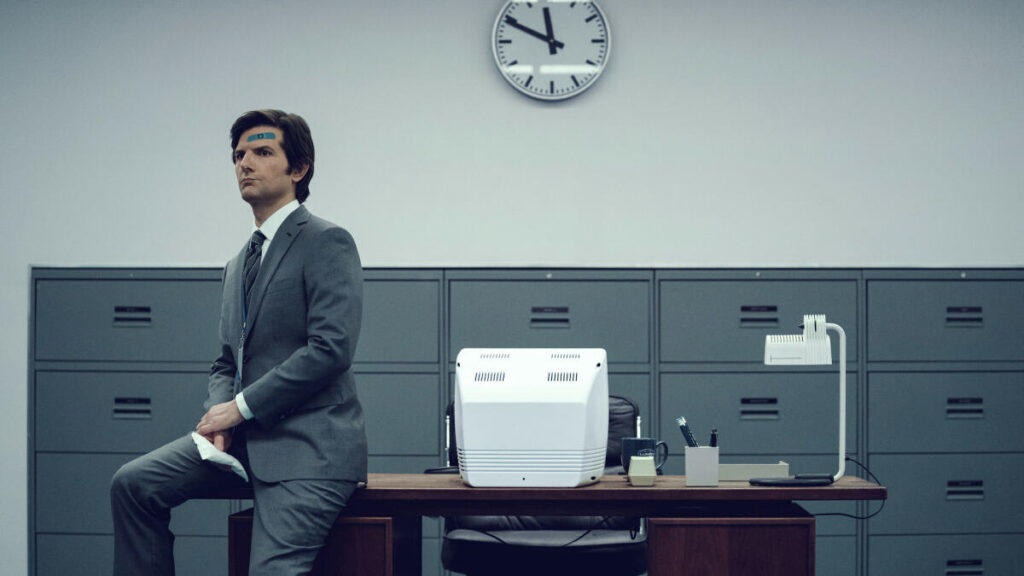 ‘Severance’ review: An anti-capitalist fable with a ‘Black Mirror’ twist

It’s fair to say that the average office worker’s relationship to work has changed drastically in the past two years. With the rise of remote work, the tradition of spending 9-5 in an office building is significantly less common.

For that we have technology to thank. Kind of. Many of the technological advances in communication that keep businesses running are also responsible for the stress that comes with being connected to one’s job 24/7, and some days it feels impossible to unplug.

Enter “severance”, the Black Mirror–type sci-fi premise of Apple TV+’s drama of the same name. In the world of the show, severance is a procedure employees of the mysterious mega-corporation Lumon Industries can undergo to psychologically separate the person they are at work from the person they are outside the office. “Innies” — the personas created when the procedure is complete — only experience their own existence when they are physically inside the Lumon offices. “Outies” are the employees’ original personas who volunteered for severance and have zero recollection of what their Innie does at work all day.

It’s a great deal for the Outies, who perceive an entire workday as a blink of their eye when their Innie takes the wheel. The Innies, however, have no life outside of work. They don’t fully know who they are, if they have families, what the sun feels like on their face, or pretty much anything that doesn’t have to do with Lumon Industries. In the absence of cultural connection to the outside world, Innies are primed to be zealously loyal, holding the company founder Kier Egan as a messiah figure and the employee handbook as a religious text. They are insular and paranoid, distrusting other departments with tribalistic prejudice. They are human beings trapped in an endless cycle of work, work, work.

Every ‘Black Mirror’ episode ever, ranked by overall dread

One such severed employee is Mark (Adam Scott). On the outside he’s a grieving widower trying to pull his life together, but on the inside he works in Macrodata Refinement at Lumon. He and his severed coworkers Petey (Yul Vasquez), Irving (John Tuturro), and Dylan (Zach Cherry) are an efficient department that’s nonetheless thrown for a loop when Petey stops showing up for work. Since the Petey they know only exists within the Lumon building, his Innie is essentially dead. Petey’s Outie, however, is alive. He’s also somehow become unsevered, and he tracks down Mark on the outside to deliver the terrifying message that severance, and Lumon, are a threat to humanity.

Severance is a tense, slow-burning thriller that masterfully controls its momentum over the course of nine excellent episodes. Most of the actors in the show play two characters — their Innie and their Outie — and the challenge brings the best out of the entire cast. Particularly good are Tramell Tillman as Milchick, Mark’s supervisor with an upsettingly robotic approach to human communication, and Britt Lower as Helly, a newly made Innie who rejects the injustice of her existence and frequently rebels against her Outie’s choice to trap her in the office forever.

This show is weird. Lumon’s off-kilter work culture is an amazing starting point for some truly bizarre television (you’ll never look at a company rewards program the same way again), and the show does everything it can to immerse the viewer with its creative production elements. The sterile, unsettling Lumon offices and the clerical trappings within are a wonder of set and production design, invoking awkward discomfort with every notebook, desk setup, and informational placard. Of course, the sets themselves wouldn’t invoke much without cinematography that cleverly alternates between suffocating, claustrophobic close-ups and wide, symmetrical shots of corporate spaces that feel as empty and hopeless as the Innies’ lives.

Severance imagines a world where “work smarter, not harder” is not a platitude, but a threat. The severance procedure may be fictional, but the soulless corporate efficiency and irresponsible tech that inspired this fable are very real. Severance is a visually fascinating work of art, an enthralling mystery, and an anticapitalist takedown of toxic labor practices; it’s the first must-watch Apple TV+ show of the year.

How to watch: Severance is now streaming on Apple TV+