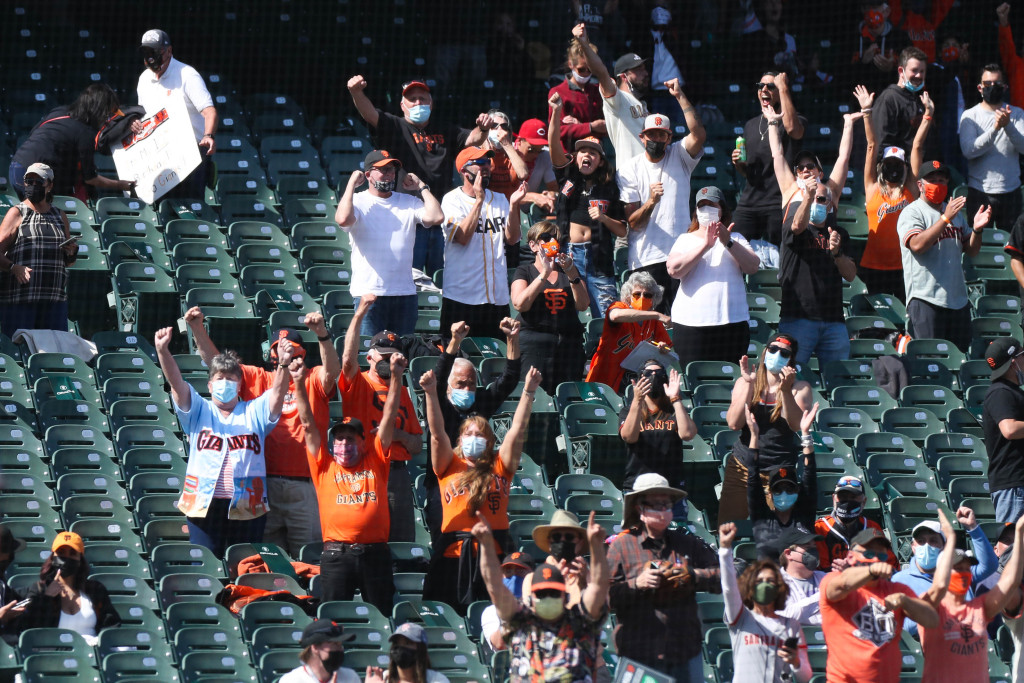 With the Dodgers and Padres set to make trips to Oracle Park in May, the Giants are hoping to receive a huge boost from the home crowd for highly anticipated divisional matchups.

As a greater percentage of the population receives COVID-19 vaccines, the Giants have plans to expand Oracle Park capacity to 50% for their home games in May. A city of San Francisco health order permitted the franchise to host up to 8,900 fans at its first homestand of the season, but the team has already received approval for capacity to increase to nearly 10,000 for the club’s upcoming seven-game homestand featuring series against the Marlins and Rockies.

The Giants are able to sell about 1,000 additional tickets for upcoming series due to new “vaccinated-only” sections that will make their debut beginning Thursday, April 22 when the team hosts the Marlins. The Giants will not require social distancing in the vaccinated-only sections, which will be spread in various locations around the ballpark according to team spokesperson Staci Slaughter.

Children 16 and under will be allowed to sit in vaccinated-only sections with proof of a negative COVID-19 result from a test taken within 72 hours of first pitch. Kids aged two and under are not subject to any coronavirus-related restrictions.

Barring any changes from San Francisco health officials, fans will still be required to show proof of a full vaccination or a negative coronavirus test result upon entering the ballpark. Slaughter said the Giants believe around 60% of their season-ticket holders are already fully vaccinated and that number is expected to increase in the coming weeks.

Despite Oracle Park’s capacity being restricted to 8,900 for the first homestand, the Giants were unable to sell out any of their six home games, including their home opener against the Rockies. With the team off to a 10-6 start, a larger share of fans able to provide proof of full vaccinations and marquee series against two division opponents, the Giants are optimistic their crowd sizes will increase in May.

The Giants are planning to include their May 31 home game against the Angels in their June ticket packages, which are expected to go on sale in mid-May.