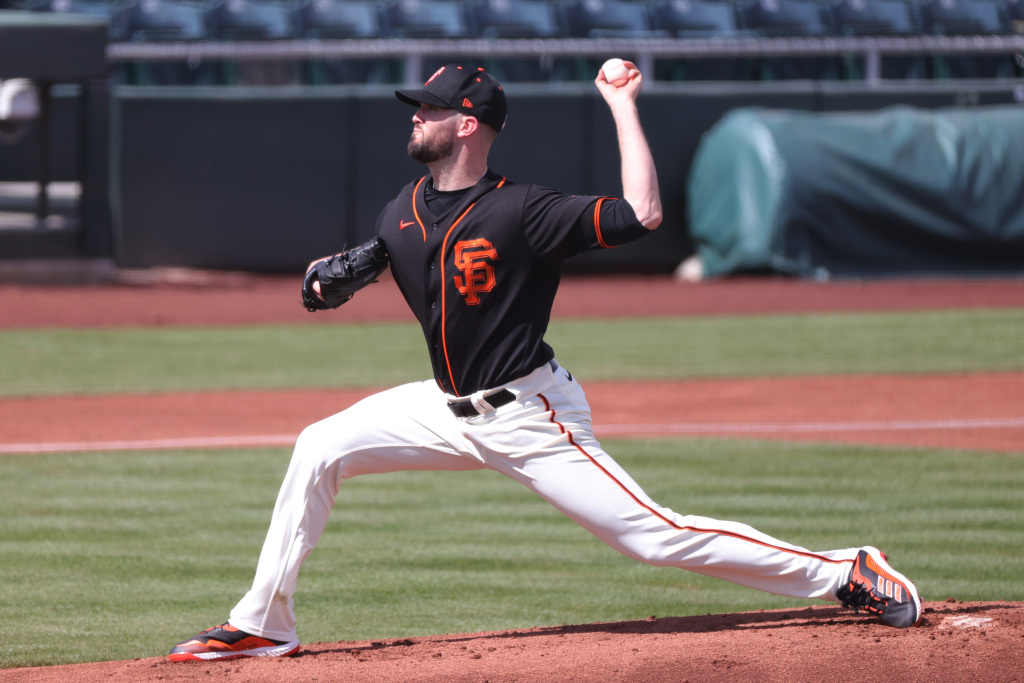 Less than an hour before first pitch of Sunday’s series finale in Miami, the Giants made a flurry of roster moves as the club placed closer Jake McGee and starter Logan Webb on the COVID injured list.

The club said both McGee and Webb are still experiencing lingering side effects after receiving second doses of a COVID-19 vaccine earlier this week.

“Our hope is they will be back to normal within the next day or two,” the team said in a statement.

The moves cleared the way for starter Alex Wood and catcher Chadwick Tromp to be added to the 26-man roster.

McGee is tied for the major league-lead with nine appearances this season and threw 35 pitches while blowing a save for the first time in his brief Giants tenure on Saturday in Miami. Webb is expected to take Johnny Cueto’s (Grade 1 lat strain) spot in the rotation on Tuesday in Philadelphia and it’s possible he’ll be activated from the COVID injured list in time to make that start.

There is no minimum duration for a stint on the COVID injured list, which was initially implemented last season.

Another factor contributing to the late pregame roster moves is the status of catcher Buster Posey, who was being evaluated after he arrived at the ballpark Sunday with a swollen left elbow. Posey was hit by a 90-mile per hour changeup from Marlins starter Sandy Alcantara in the seventh inning of Saturday’s game and was replaced in the bottom of the inning by Curt Casali.

Kapler said postgame that X-rays were negative, but the team was mulling over a potential stint on the injured list for Posey before adding Tromp to the roster. Posey will remain active, but given Tromp’s addition to the roster, it’s unlikely Posey will be available for Sunday’s series finale.

One month after undergoing an ablation for nerves in his lower back, Wood is set to make his Giants debut on Sunday against the Miami Marlins.

In his most recent outing at the Giants’ alternate training site, Wood threw 74 pitches including 54 for strikes and will likely be asked to extend beyond that threshold on Sunday as Gabe Kapler’s club used seven different relievers in Saturday’s loss.

The one relief pitcher who enters Sunday’s game well-rested is right-hander Camilo Doval, who was promoted to the major league roster for the first time on Friday after starter Johnny Cueto was placed on the 10-day injured list with a Grade 1 lat strain.

Doval has topped out at 100 miles per hour with his fastball and showcased an impressive slider during spring training, but the Giants appeared reluctant to send the rookie in for his major league debut in a close game on Saturday. Doval was likely a consideration for the 10th inning, but Kapler instead chose to use lefty Jarlín García, who gave up a walk-off, two-run double to Marlins catcher Jorge Alfaro with two outs in the frame.