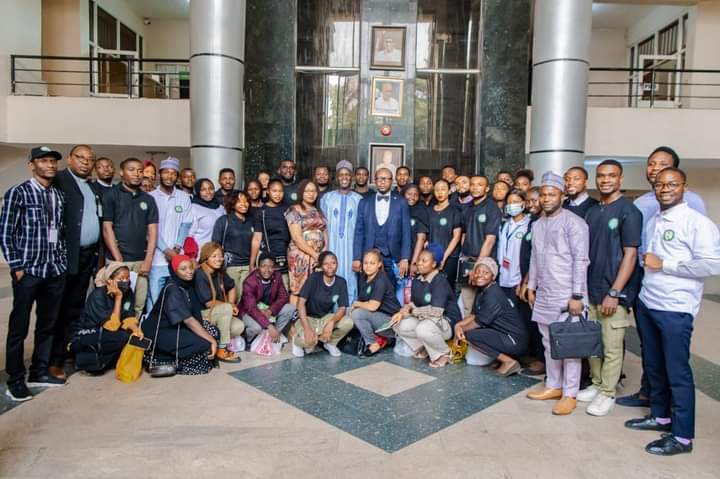 With the mandate of ensuring all sectors of the Nation’s economy are supported and driven by technology, the National Information Technology Development Agency (NITDA), in collaboration with Abuja Technology Village (ATV) and the National Centre for Artificial intelligence and Robotics (NCAIR) has kicked off the National Adopted Village for Smart Agriculture NAVSA Pilot Training Programme for 50 Nigerian Youth Corps Members.

At the opening Ceremony of the training programme, Kashifu Inuwa, the Director General of the National Information Technology Development Agency (NITDA), represented by the Agency’s Acting Director, Digital Economy Development Department, Engr Salisu Kaka while congratulating the participants who were selected from a pool of many applicants, challenged them to seize the laudable opportunity and be intentionally interested in Agricpreneurship so as to effectively utilise the knowledge and skills gained from the training to create jobs and contribute their quota in ensuring increased productivity, profitability, food security and Agriculture efficiency.

The DG who remarked that being selected to participate is one thing, but showing commitment to the programme is of utmost importance, emphasised the fact that the training which is for a period of six months is transformational and is packaged to make them become self-sufficient and job providers.

He advised that creativity and innovative thinking must be applied to developing better ways of solving economic issues in the country, especially in the Agricultural sector.

Inuwa also noted that the initiative is part of the Agency’s Strategic Roadmap and Action Plan (SRAP-2021-2024) and expressed the belief that NITDA alongside it’s partners will scale up the initiative to accommodate more beneficiaries.

On his part, the National Coordinator of National Centre for Artificial intelligence and Robotics (NCAIR), Engr Garba Ya’u was of the opinion that to propel the Country towards the prosperity of Agriculture, their intrinsic intention to become Smart Farmers should translate to tangible innovative ideas in order to move the sector forward.

He revealed that as part of the pilot, Precision Agriculture will be introduced to the trainees.

Ya’u further said, irrespective of their fields of study, the programme is open to all and sundry and encouraged them to be open-minded to the possibilities that await them.

The representative of the Abuja Technology Village, Sarah Obayojie reiterated the company’s resolve to tackle the lingering challenges bedeviling the Agricultural sector through indigenous innovations and the application of technology.

“I therefore charge you to use this opportunity to make a difference by participating in all the segments of the programme and be assured that this project will positively transform your lives”.

The beneficiaries who took turns to ask questions and got some clarity on the prospects of the training, expressed gratitude to NITDA for the project and affirmed their respective commitments to the cause which they described as timely.

They were hopeful that after their service year, apart from looking for white collar jobs, they would already have something lucrative to hold on to as SMART FARMERS.