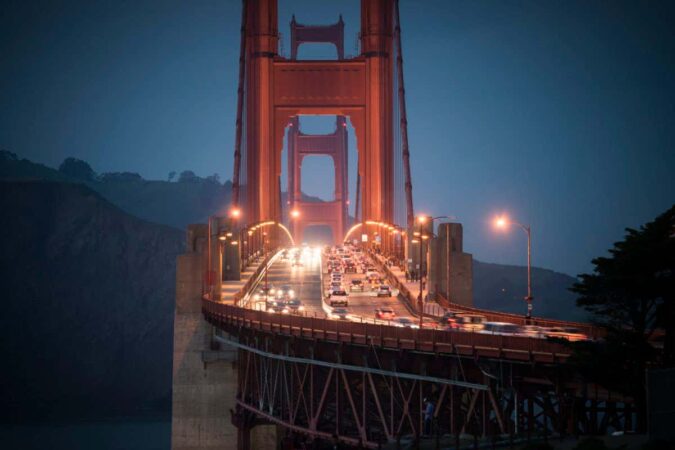 The accelerometers in our smartphones collect information as we travel over bridges, and this can reveal if the structure is weakening and help us know when to fix it to extend its life

Engineers could measure the health of bridges using data from smartphones, which could allow us to add up to 15 years to the usable lifetimes of these structures.

Most bridges are assessed using visual inspections, which can be a time-intensive process. Alternatively, mounted sensors can detect vibrations, called modal frequencies, which are tied to the bridge’s physical characteristics and can be used to assess its health, but it would be expensive to put these on all bridges.

Now, Thomas Matarazzo at the United States Military Academy at West Point, New York, and his colleagues have developed a system to measure modal frequencies, and so monitor bridge health, by using movement data from phones. “We don’t have to purchase any additional or special sensors to be able to collect the data that we need to at scale,” says Matarazzo.

To do this, the researchers collected data in an app from phones as they were taken over bridges. They used GPS location data and information from the phones’ accelerometers, which can reveal any tiny movements the phone makes.

The study was divided into three parts: in the first, the researchers mounted two iPhones in their cars and drove over the Golden Gate Bridge in San Francisco a total of about 100 times.

In the second, they took data from Uber drivers completing more than 70 trips over the Golden Gate Bridge as part of their day-to-day work. The researchers also used data from about 250 trips with Android smartphones over a short concrete bridge in Ciampino, Italy, which is more representative of bridges in the US.

All three data sets had varying levels of supervision, from the carefully controlled Golden Gate Bridge trips to the essentially uncontrolled Uber trips. Matarazzo and his team found they could measure the bridges’ modal frequencies from any of the data sets, to within 3 per cent of the readings taken by highly accurate static sensors. “This is really monumental, because it means that you can use low-cost, pre-existing data sets to estimate these important dynamic properties,” says Matarazzo, and it should work with existing data sets from taxi apps like Uber.

However, the smartphone data would probably need to be supplemented with a human inspection in some cases. Matarazzo says you could use this method on thousands of bridges and only send someone to monitor the ones that need it.

Given the ubiquity of mobile phone data, the researchers estimate that their method could add more than two years of extra service time to an old bridge, and nearly 15 years of service to a new bridge, by applying maintenance at the right time in a bridge’s lifetime.