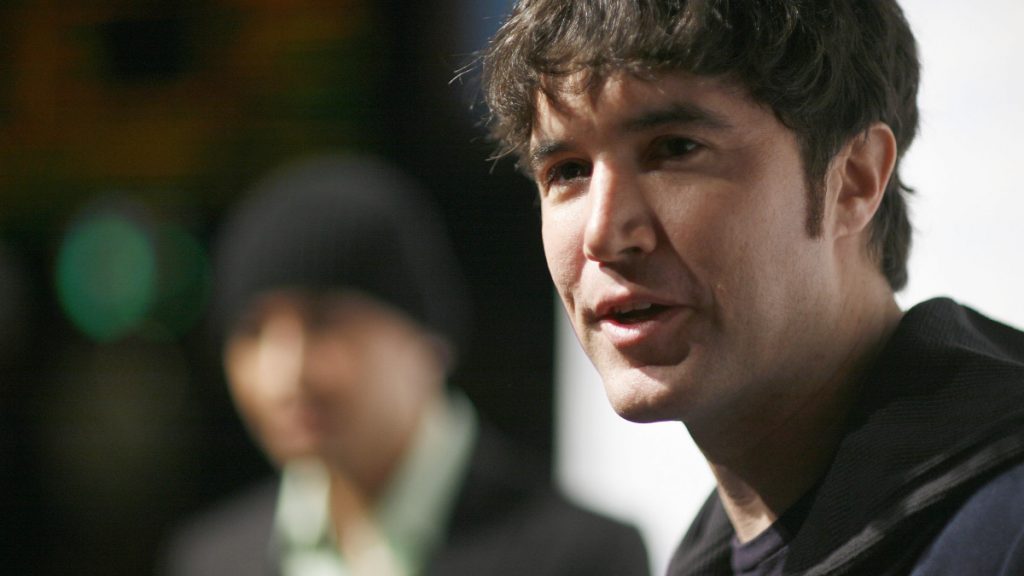 ‘SNL’ got Tom and MySpace wrong. It was no social media utopia.

It’s the year 2021 and MySpace has somehow found itself in the Saturday Night Live cold open.

With the Facebook whistleblower Frances Haugen in the news after her testimony in front of Congress on Tuesday, SNL decided to seize the moment and excoriate the old, out-of-touch Senators for asking Haugen tech-dumb questions.

The punchline at the end involves an appearance from cast member Pete Davidson playing the “OG social media king” Tom Anderson from MySpace.

The SNL live audience erupted in cheers at the moment Davidson appeared on screen portraying Tom in his classic MySpace avatar with his white t-shirt, face turning toward the camera, standing in front of a whiteboard.

“I’m Tom from MySpace,” Davidson says. “Remember me? I was harmless.”

Listen, I get it. It’s a joke on a comedy show. A Tom appearance apparently gave the in-studio audience what they wanted and it all fit the sketch. If that was it, so be it.

But the idea that MySpace was the “good old days” of the internet is an idea that exists in earnest.

It’s some bizarre reimagining of time where a social media company was not chasing profits, selling users out, and retiring after they made a modest sum of money.

And it’s wrong as wrong can be.

One of the most common points of criticism for Facebook and the other modern day social media platforms revolves around user data. These companies collect information about you and lure advertisers in with all of that money-making information.

MySpace collected your data for ads too. You filled out those profiles, provided the company with your personal information, a lot of you even poured your hearts out on that website with even a lot more than your name, age, and location.

What did Tom from MySpace do with your precious personal data? He handed it all over Rupert Murdoch, the guy who runs Fox News, for a $580 million payday.

Funny enough, after a slew of subsequent acquisitions over the years, your MySpace data (or whatever’s left of it — we’ll get to that in a moment) sits in the hands of an advertising tech company called Viant.

As for what kind of access advertisers had to your data: It was enough that they could personally identify each individual by their full name with only a user ID.

And remember those stories about Facebook workers spying on its users? MySpace employees did that too.

It’s not just data privacy, either. Many of today’s ills on social media can actually be traced back to Tom’s creation.

Where do you think toxic social media culture came from? MySpace was one of the earliest instances of a web platform creating problematic internet celebrities. Jeffree Star, the controversial makeup artist who has been accused of sexual assault, is the perfect example of someone who is a somebody thanks to MySpace.

With the Senate’s latest Facebook hearing being about child safety on its platforms, SNL‘s “Tom from MySpace” punchline is even more outlandish. When it comes to the harm social media does to young people, MySpace is the OG.

For years, MySpace had issues with sex offenders using the platform to prey on children. There were stories about teens being assaulted in real life by adults they met on the platform. Tackling the issue on MySpace was one spearheaded by Connecticut’s attorney general at the time, Richard Blumenthal. If that name sounds familiar it’s because Blumenthal is currently a sitting U.S. Senator, the one who went viral for misunderstanding the term “finsta” at the recent Facebook hearing.

MySpace was also full of models posting the same type of problematic body image content one could find today on Instagram. Are we seriously going to pretend a site known for its emo and scene kid users didn’t have issues with self-harm? Young suicidal girls on the platform were a huge media issue at the time, as well. In one well documented case, a 49-year-old mother faced trial over her bullying on MySpace which allegedly resulted in the suicide of a 13-year-old girl.

Of course, depression and self-harm weren’t MySpace problems. But the idea that these issues did not exist with MySpace is divorced from reality.

In 2020, when one of those tweets about how great MySpace was went viral, Vice pointed out how we — the former MySpace user base — were just younger then and choosing to reminisce on only the fond memories.

Nostalgia has an amazing way of changing the way we remember things from the past. In the SNL sketch, Davidson went on as Tom from MySpace saying how they barely maintain the website, and you should “come on by and check out your friend’s band from 20 years ago.”

But here’s the weird part: Have you been to MySpace in recent years? SNL clearly hasn’t because you can’t even do that! In 2019, MySpace said “screw your nostalgia” when its current owners rebooted the platform and deleted 12 years worth of photos, music, and more.

Today, you can go to Facebook or Twitter or any modern social media platform and request a nice archive of all your data — posts, photos, videos, etc. — so you can access them offline regardless of what happens to those platforms. MySpace didn’t even care to give you a heads-up that it was trashing your memories. Your friend’s band from 20 years ago better still have copies of their recordings because their music on MySpace is long gone.

MySpace shouldn’t get a pass because current platforms are worse off, or because certain issues didn’t exist yet in MySpace’s heyday. Tom took his money and fucked off, relinquishing any responsibility for the monster he created. That’s not a thing to admire.