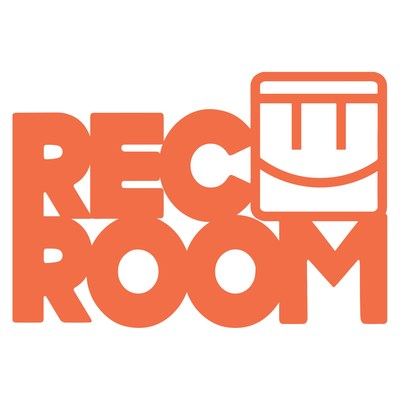 SEATTLE, Dec. 20, 2021 /PRNewswire/ — Rec Room, the leading social gaming platform for user generated content, announced the close of $145 million in new funding, bringing the company’s total valuation to $3.5 billion. This follows a capital raise earlier this year, in which the company raised $100 million and became the first VR company to reach unicorn status with a valuation of $1.25 billion. This latest round was led by Coatue Management, with participation from existing investors Sequoia Capital, Index Ventures and Madrona Venture Group.

Launched in 2016, Rec Room has now enabled over 37 million people around the world to connect and create. The free platform enables people to create and immerse themselves in highly-customizable, interactive rooms, or digital hangouts. With over 12 million rooms and counting, Rec Room has created a space that promotes human connection where community members can interact, build, create and play games. Rec Room’s monthly user count jumped nearly 450% since November 2020 with mobile users increasing more than tenfold during that same time. Free to play, Rec Room is available on mobile devices, game consoles, PC and VR headsets, including iOS, Android, Xbox, PlayStation, Oculus, and Steam.

“It’s been amazing to watch Rec Room grow from a tiny collection of mini-games into a global platform with millions of experiences built by the community. The platform has become a place where people can come together to form meaningful connections, build communities, and share their creativity,” said Rec Room Co-Founder and CEO Nick Fajt. “There’s still so much more we want to do, and as we head into 2022, we’re excited to build more experiences, expand to new platforms, invest in best in class trust and safety systems, and continue to expand our creator tools.”

This year has been a significant year of growth for Rec Room. In August, Rec Room launched on Android, making the immersive world available to Android’s +2.5 billion users. In September, Rec Room launched Rec Rally, a fully-realized, multiplayer vehicle experience to its massive global community, enabling players to race with up to six friends. By leveraging Rec Room’s intuitive suite of creative tools, the possibilities are endless as users can design immersive digital hangouts for friends to gather and interact. Rec Room welcomes users of all skill sets and interests, with casual spaces for newer users to hang out, as well as opportunities for more experienced users to leverage their skills and earn money selling their creations inside of Rec Room. Rec Life in the metaverse is second nature for Rec Room’s user base, and has become a place for everything from small gatherings to play games, to virtual weddings and business meetings – it’s truly customizable to each user’s needs.

“We love the world Rec Room has created for friends to build and play together,” said Matt Mazzeo of Coatue Management. “From phones to VR, millions of players are hanging out in Rec Room, and we’re excited to partner with the team as they make the digital world more fun and immersive.”

FINAL RELEASE
Free to download and play, Rec Room is available to download for Android, iOS, PlayStation 4/5, Xbox Series X, Xbox One, PC via Steam, Oculus Quest, and more. To learn more about the platform and its upcoming initiatives, please visit recroom.com.

About Rec Room
Rec Room is a vast world packed with endless possibilities. Play dodgeball, attend a wedding, or just goof off. And if you can’t find what you’re looking for then you can build it yourself! Users can party up with friends from all around the world to chat, hang out, explore millions of player-created rooms, or build something new and amazing to share. Rec Room is free, and cross plays on everything from phones to consoles to VR headsets.