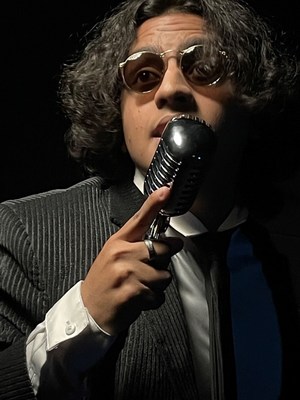 Social Media Sensation releases the most awaited song, 'Bite Me'

Lostsofficial is a Canadian youth rising star who gained popularity with his remixes and original songs on TikTok and other social media channels. His last video went viral with 1.6M views on TikTok.

TORONTO, May 10, 2022 /PRNewswire/ — Lostsofficial, aka Aarav Raj Bhatt from Milton, Ontario, Canada, releases the music video for ‘Bite Me.’ The parts of the song were filmed in Mississauga, Milton, and Toronto. ‘Bite me’ is the third original song released by Lost, the earlier ‘Backed Out’ and ‘You and Me’ already have thousands of monthly listeners on Spotify and Apple Music.

Lost is a 17-year-old boy from CKSS, Milton, who has worshipped performance arts since he was four years old. His first achievement was to win a Kids Fashion Week. After that, Lost never looked back and signed up with the agency in Toronto and worked for TV commercials and corporate videos. His “Egg Farmers of Canada” ad was live on TV for two years in 2010. Lost participated in online talent shows where his voice and performance attracted thousands of listeners. He sang covers from famous artists and posted them online on his social media channels, and soon, people kept adding up. Over 50,000 people have followed and subscribed to Lost on various social media channels. TikTok took his video in front of 1.6 million viewers, and on his channel, millions of people liked his videos. The song was co-written by LostsOfficial, Kenickie, and GrayyTheColor and was produced by Kenickie. The music video was directed by, BrownGuyMadeIt in association with Afilmbytk. Owais Malik assisted as the photographer on the set. Alyssa Bovy played the female supporting actor in the music video.

“I’m a music producer, engineer, singer, and more! I am in school, so my schedule is limited, but for the time I do have free, I love to make music and help others with everything I can! It’s not about if I’ll get there. It’s about how much work I must put in to get there. I share full covers, remixes, and full versions of songs I’ve made through my social media channels. “Bite Me” is about the aftermath of a good relationship that went toxic. It’s about loving and caring for someone, but slowly realizing that they are not the right person for you. It’s also about realizing that you deserve better. Bite Me’s key line “We don’t gotta be friends” symbolizes that life is better without her, so you have to get her out of your life. Bite Me currently has nearly 1000 presaves before release and has gone viral on TikTok multiple times!,” says Lostsofficial.

“We used to get shocked to see him switching into a small boy into a performer in a matter of a few seconds. He was playing with his friends when his name was announced on the stage, we missed hearing that, but he didn’t. He proudly went to stage to hold his trophy,” says Lost’s father, Raj Bhatt. Lost’s father is his role model who works tirelessly to support his goal. He always dreamed of seeing Lost on the big screen, even before Lost was born. As a child, Lost watched movies every weekend. “When people asked me why I was taking my 2-year-old son to the movies. I always told them; I was taking him to school. This is what he should be learning,” says Lost’s father, Raj Bhatt. Call it destiny or manifestation, it all worked out and Lost found his inclination toward performing arts.

“Call it luck or stars, Aarav has found schools that excelled in performing arts. As parents, we allowed him to explore and test boundaries to see where his talent was. He received scholarships from school for Music, Dance, and Drama, but he finally found his passion in music. I cried the day he decided to leave the dance behind. We have a shelf full of trophies from his dance performance. We never missed one program, including The World Dance Championship in Scotland. As parents, we gave him the freedom to choose his career, and we are very proud of what he has achieved at such a young age,” says Aarav’s mother, Vandana Bhatt.

Follow Lostsofficial on social media: The internet is buzzing with “Bite Me” already.

LostsOfficial is an upcoming 17-year-old Canadian Singer/Songwriter, Musician, Engineer, and more. LostsOfficial constantly works to impact the industry and pave his way to the top. With smash hits “Me and You”, “Bite Me”, “Yes Or No” and “Myself” in the works, LostsOfficial promises to make good music that everyone will enjoy!