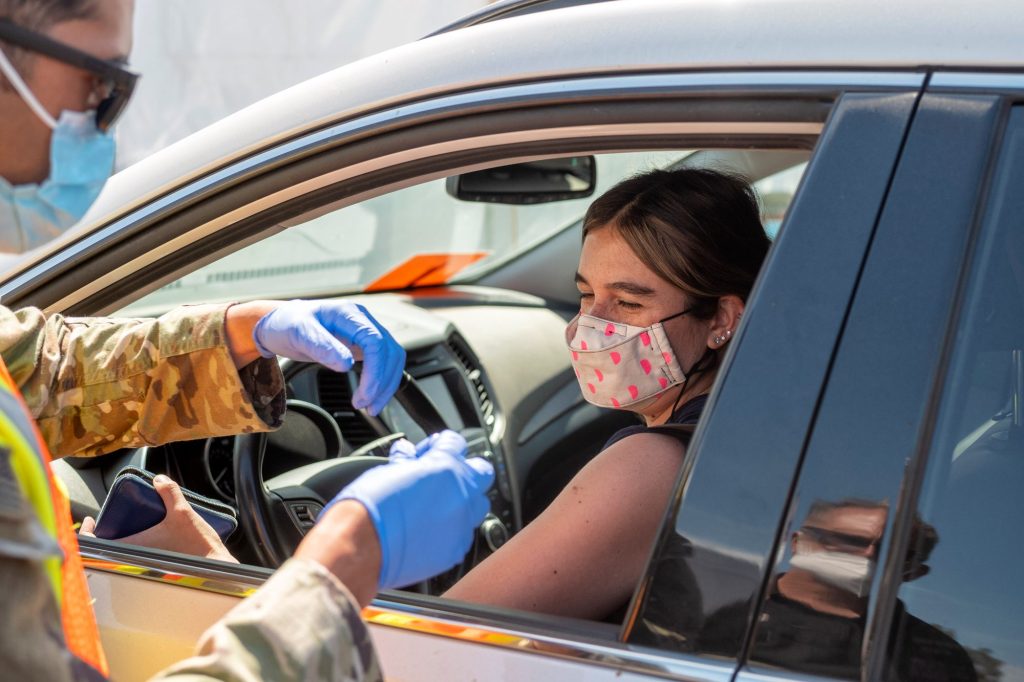 The rate of decline of coronavirus cases in Los Angeles over the last month or so has slowed, Los Angeles County public health officials said Wednesday, April 7.

Experts remained cautiously optimistic that the region was on track for newly minted goals of lifting heavy restrictions on the economy by June 15.

Underlying the caution was the discovery in the county of the coronavirus mutant strains — known as the South African and Brazilian variants.

Public Health Chief Barbara Ferrer said one case of the South African strain and three cases of the Brazilian strain were the first such cases to be found in the region, fueling growing concerns about their spreadability. Ferrer noted that “it is likely” there are undiagnosed cases in the region.

“The identification of these variants highlights the need for L.A. County residents to continue to do everything we can to take measures to protect ourselves and others… this includes wearing masks and maintaining at least six feet of distance form others who aren’t in our household and getting the COVID-19 vaccine as soon as it’s made available… “

The county has so far avoided the spikes in the virus that plague other parts of the country — a function of vaccinations and efforts to change behaviors to limit spread, Ferrer said.

For the second week, the region’s adjusted case rate — a key metric in determining which tier counties get to — remained at 3.1 new cases per 100,000 after weeks of steep, consistent declines.

“This reflects that while our case numbers remain relatively low, we’re not continuing to see the significant decline in the number of new cases,” said Ferrer.

The county advanced to the orange tier last week, allowing for an easing of capacity limits and reopening of more business sectors, but will now be unable to reach the yellow tier for at least three weeks — and likely longer.

“I think the questions for all of us is, could we reduce it more,” she said of the rates.

According to Ferrer, the average number of daily new COVID-19 infections dropped by 82% during the month of February. In March, it dropped by only 42%, and by the end of the March, “our case numbers stopped significantly declining altogether,” Ferrer said.

Daily hospitalization numbers showed a similar pattern, dropping by 70% in February, but only by 57% in March.

Ferrer noted significant declines among the county’s communities of color, where the virus has hit hardest. Even as they come down, Latinos face rates multiples higher than in other groups, Ferrer said.

The only metric to buck the trend was the number of COVID deaths, with the daily average dropping by 63% in February and then 86% in March.

Ferrer announced another 53 COVID-19 deaths on Wednesday, increasing the countywide total since the start of the pandemic to 23,340.

She also reported 479 new infections, giving the county an overall total from throughout the pandemic of 1,223,174.

According to state figures, there were 572 people hospitalized due to COVID in Los Angeles County as of Wednesday, up from 552 on Tuesday. There were 136 people in intensive care, a drop from 138 on Tuesday.

The report did not include updated numbers for Long Beach and Pasadena, which operate their own health departments. Pasadena reported three additional deaths for total of 339 and three new cases for a total of 11,160. In Long Beach, the death toll climbed by one, to 918, and the number of cases rose by 28, to 52,371.