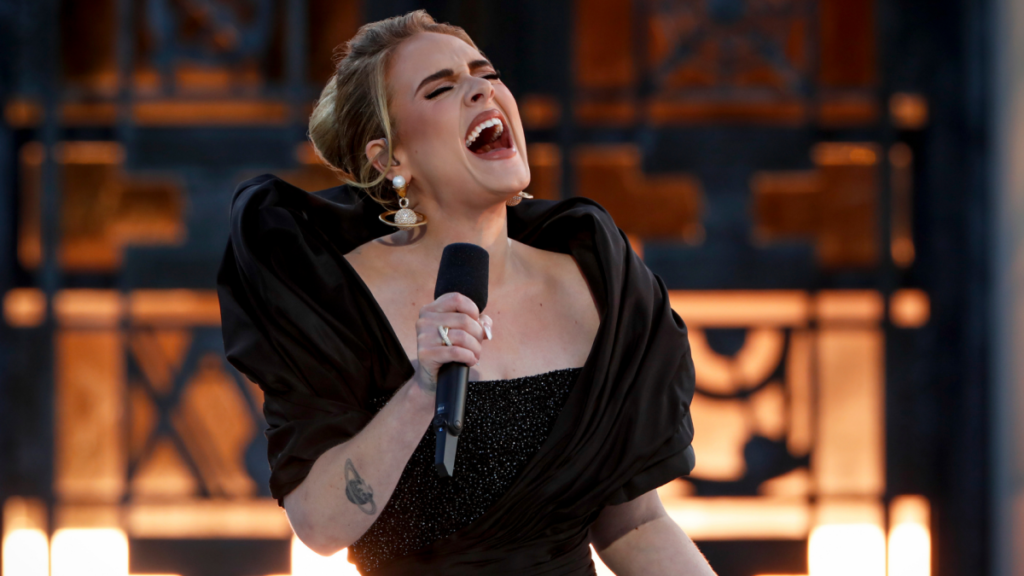 Spotify dropped auto-shuffle for Adele’s ’30’. Now, it’s doing that for all artists.

You can be happy for one artist while wanting better for others. That’s the takeaway from a recent exchange between Adele and Spotify, involving the streaming service’s controversial auto-shuffle feature.

On Saturday, Adele retweeted a post from entertainment news site Pop Crave, confirming Spotify had removed the auto-shuffle feature on the premium version of her new album, 30. This means subscribers listening on the platform will not have the tracks randomized by default. Instead, 30‘s songs will play in the order designed for the album, unless the listener chooses to shuffle them.

“We don’t create albums with so much care and thought into our track listing for no reason,” the Grammy winner wrote on Twitter. “Our art tells a story and our stories should be listened to as we intended. Thank you Spotify for listening.”

“Anything for you,” Spotify’s official account wrote in response, adding prayer hands and sparkle emoji to highlight what seemed like a maybe not-so-great point.

Fans were quick to argue the feature should be available to all artists. (There was also some confusion as to whether this meant the shuffle feature was being removed altogether, which to be clear: it is not.) One fan shared an old tweet from Lady Gaga, posted for Chromatica‘s release in 2020, to underscore the point of equity between artists.

“Please listen from the beginning to the end,” Gaga wrote at the time. “[N]o need to shuffle, it’s my true story.”

Who gets to tell their stories and why have long been hot seat questions for those of power and privilege. But as the music industry changes with the digital landscape, the issue of how these works are presented is becoming just as contentious. The good news is it seems Spotify is getting the message about this being a problem.

Responding to a request for comment via email, a Spotify spokesperson told Mashable auto-shuffle would soon be removed for all albums on the premium (aka paid) version of the platform.

“As Adele mentioned, we are excited to share that we have begun rolling out a new Premium feature that has long been requested by both users and artists to make play the default button on all albums,” they said. “For those users still wishing to shuffle an album, they can go to the Now Playing View and select the shuffle toggle. As always, we will continue to iterate our products and features to create the best experiences for both artists and their fans.”

Notably, this means auto-shuffle will remain for any listeners who use the free version of the platform. That considerably undermines the point of removing the feature from an artistic standpoint, since Spotify has roughly as many ad-supported users as it does paid subscribers. What’s more, this small tweak doesn’t begin to address the hugely problematic role Spotify plays in the ongoing fight to get streaming artists properly compensated.

Still, it’s a promising sign in a month full of major music news. With Taylor Swift reclaiming Red and Adele’s win against auto-shuffle, the journey to put the music industry back into the hands of musicians is riding a strong updraft. Let’s just hope the tables keep turning, and bad faith virtue signaling doesn’t make a comeback.

Related Video: Turn your body movements into music thanks to this wristband