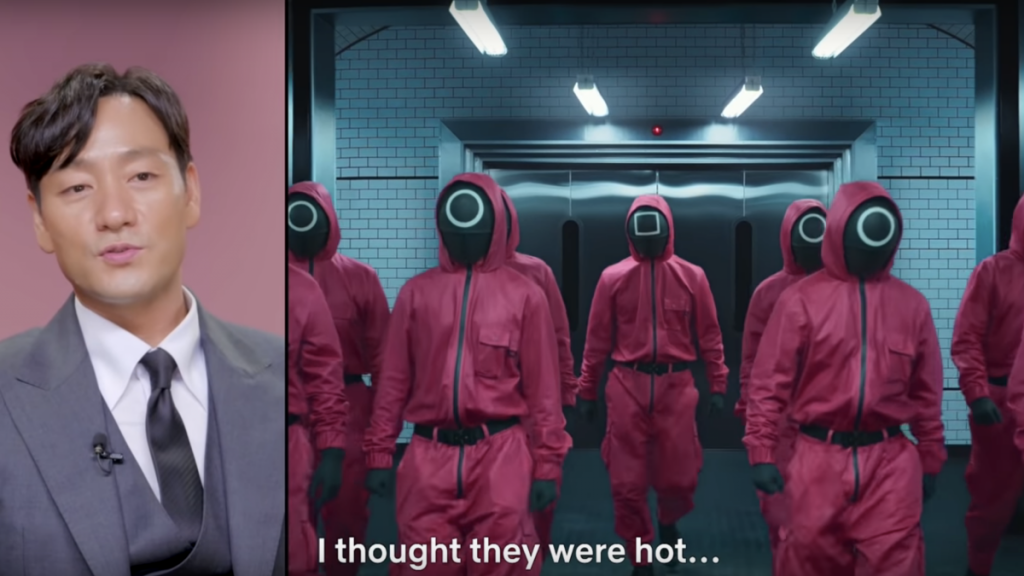 Squid Game‘s cast and crew have provided some behind the scenes commentary on the bloody survival show, speaking about everything from casting to set design to how characters have changed since the original script. It’s an interesting look at the thought that went creating the Netflix mega-hit.

Stars Lee Jung-jae (who plays Gi-hun) and Park Hae-soo (who plays Sang-woo) joined creator writer and director Hwang Dong-hyuk and art director Chae Kyung-sun to look back on scenes from the bloody survival show, revealing fun details about filming. For example, Hwang revealed that Gi-hun returning Sae-byeok’s coffee after bowling her over in the first episode was an ad-lib, and actor Jung Ho-yeon was actually laughing in the scene.

“This scene was an outtake but we still kept it because it was too good to go to waste,” said Hwang.

“It’s a small detail but it clearly shows the heroic side of the protagonist,” agreed Lee.

The group also provided a bit more insight into Gi-hun’s childhood friend Sang-woo. Though the disgraced businessman appears “cold-hearted,” Hwang was careful to include moments where more of his humanity shines through.

“He’s broke but he still retains an oblige [sic] spirit,” said Hwang. “‘I still have to be morally right because I’m superior to them.’ That’s his main attitude.”

Squid Game is currently available to stream on Netflix.