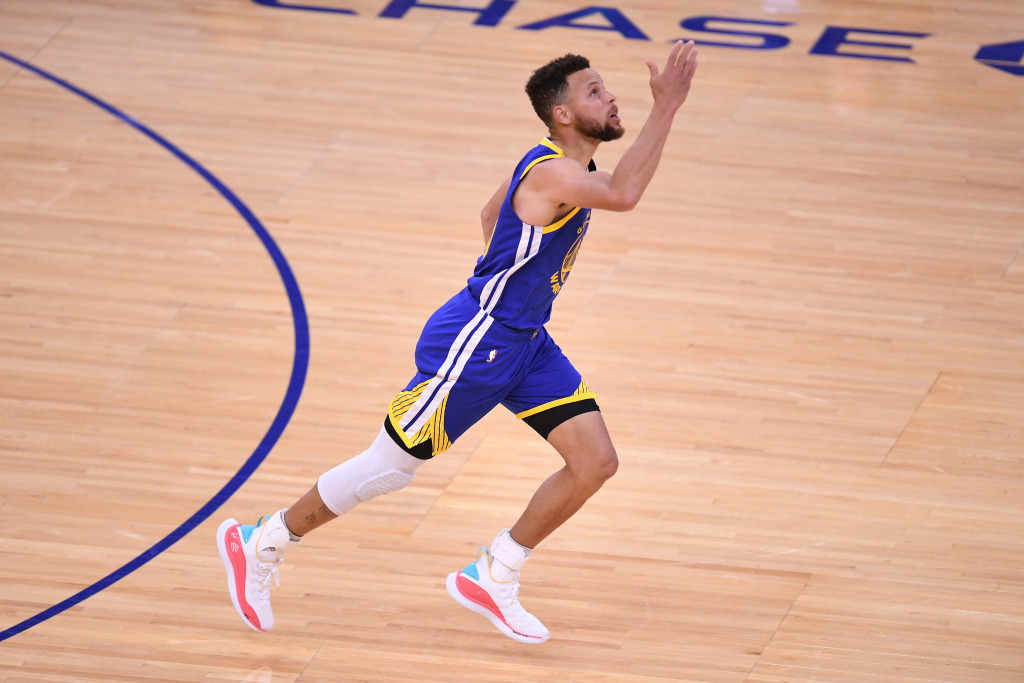 And that was just the start of things.

The performance fueled a 116-107 victory over the Denver Nuggets, a signature win for the Warriors.

Chamberlain scored 17,783 points in six seasons with the Warriors in Philadelphia and San Francisco. Curry, in his 12th season with the Warriors, entered the game needing 19 points to pass Chamberlain. He scored 11 points in the first six minutes, including a pair of 3-pointers in the opening 90 seconds. He then made a pair of free throws and three more treys to put him at 17 for the quarter and 17,782 for his career.

Then, with 1:40 to go in the first, Curry put his head down and drove past Nuggets guard P.J. Dozier and shouldered his way through center JaVale McGee before finishing with a right-handed layup. As he ran back on defense, Curry grinned and blew a kiss to the rafters, where Chamberlain’s No. 13 hangs.

Vince Carter sent congratulations via Twitter. “It’s amazing watching you do what you do for so long,” Carter wrote. “From an anxious young pup to a 2 time MVP… Shine on!!”

Curry, 33, finished the quarter with 21 points. From the very start, he seemed driven to get the record out of the way quickly.

Curry now leads the franchise, established in 1946, in points, assists and 3-point baskets.

“It’s tough to put into words what Steph means to us as an organization just because of the person he is,” head coach Steve Kerr said. “Obviously the player but the human being, which is so much of why he’s the player that he is — his humility, his work-ethic, his focus, his passion for the game. He sets the tone for us every day.”

Said his teammate Damion Lee: “How the organization has turned around and become one of the best organizations in the league over the past 12 years is a testament to who he is and what he’s about.”