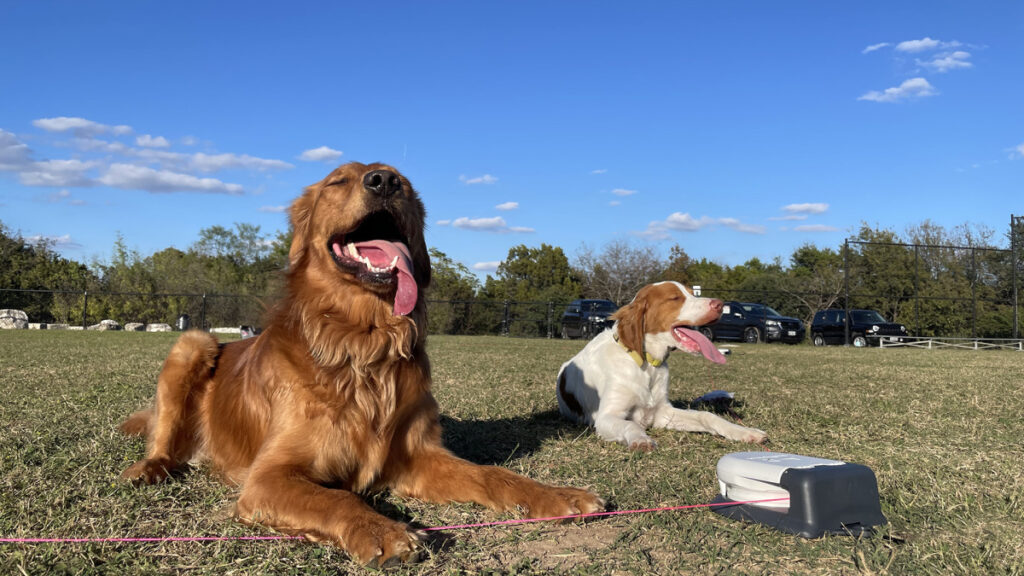 Swiftpaws offers ‘the best game of chase’ for active dogs, but it’s gonna cost you

Keeping your dog entertained and engaged is an ongoing challenge for owners, especially those with pandemic puppies now in the adolescent stage where they “act out, just like human teenagers.“

As someone with two active dogs and a general sense of worry that they’re not as happy as they could be, I’m always on the lookout for interesting activities to engage them mentally and physically. In other words: Hi, my name is Grace, and I’m the person who’s purchased things like a herding ball, horse toys, tether tug, and a physio ball, all in the pursuit of enrichment for two dogs who generally also find joy in sticks on the ground and empty boxes.

Enter: Swiftpaws. Billed as “the best game of chase ever,” the product adopts some of the basic mechanics behind lure coursing or Fast CAT, dog sports where pups chase a mechanized lure, It’s also quite an investment at $449.99. Is it worth it?

Before you even think about where to set up the game, charge the battery because it’ll take a couple of hours before it’s ready. Take time to read the instructions and familiarize yourself with the parts — I found the instructions confusing even after watching the 14-minute long setup video. The main components of Swiftpaws are a main hub (powered by the rechargeable battery) and three pulleys, all of which you lay out on a flat grassy space to create a course in the shape of your choosing. The main hub operates a string through each pulley, whipping a plastic flag around the course under a user-operated remote. Tip: The setup video mentions a specific knot to secure the string or attach the flag, but using any knot you already know works fine.

A look at what’s in the box.
Credit: Grace Lee Kang

I set up and tested Swiftpaws in two scenarios: a private backyard with my two dogs and in an empty dog park (about the size of a children’s softball field) with five dogs. Based on the two experiences, the product works fine in a small suburban backyard, but I highly recommend finding the largest area possible to maximize the fun and space to run, as it’s designed for 200 to 300 feet courses.

After finding a space to set up the main hub and pulleys, take care to plot your course. The course route is determined by where you decide to stake your pulleys so you can customize it. I created wide turns to help avoid injury for hyped dogs who don’t know any better — think about creating less of a square and more of a pentagon shape where dogs aren’t pivoting so hard.

In the last stage of setup, tie one of the included plastic flags to any spot on the string and press the remote control to see how it runs (sans dogs). In testing the route, the string and pulley setup was sensitive and a bit finicky, so you’ll likely have to adjust either or both to get the tension of the line just right for your terrain.

The “Best Game of Chase” in Action

For dogs with less natural instincts, Swiftpaws has a guide on how to introduce them to the game to encourage play. I tried the introduction protocol with my dogs (basically hold them back until they’re interested) and they essentially became possessed demons screaming to get to the flag as soon as it started moving. The flag whips along the course, switching direction with the user-operated remote control. At a certain point, my dogs evolved in front of my eyes and became the equivalent of Jurassic Park velociraptors opening doors. Instead of running like idiots, they discovered you could just get the flag by either biting the string and cutting the line or you know, tipping over a pulley. The main hub’s battery should last 10 minutes, but I never had the chance to play that long because of their guerilla tactics. After resetting the game I didn’t want to push them — they would’ve passed out from exhaustion before stopping to take a break. 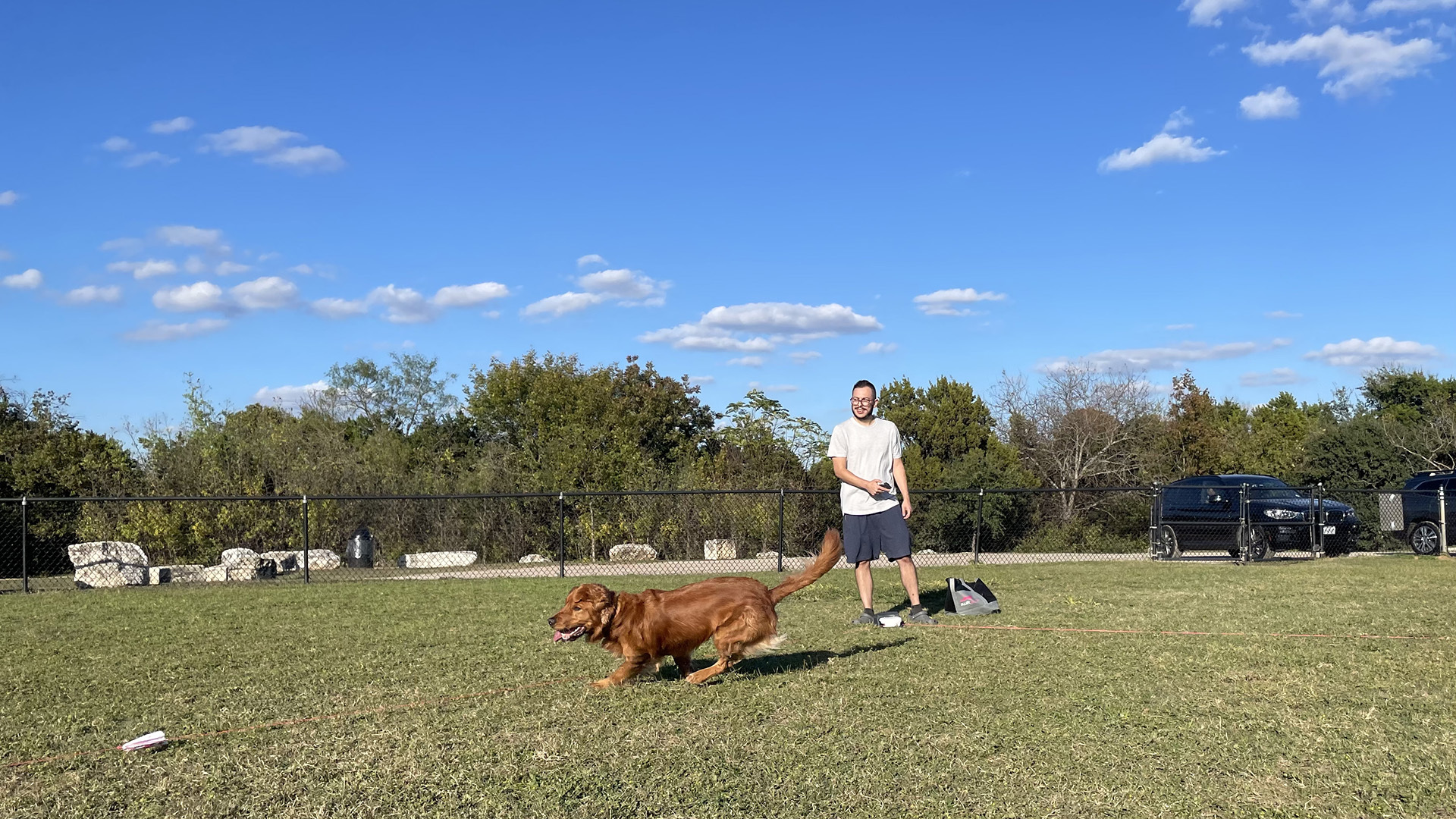 Get it!
Credit: GRACE LEE KANG

With the bigger group of dogs on the more expansive course in the dog park, each dog interacted with it differently. Hudson, a golden retriever, was a dedicated athlete never straying from the course and forgetting everything else he’s ever known or loved except the white flag zipping around. Louis the Brittany spaniel became obsessed with the pulleys and would lay there staring at them, licking the cover, hoping for more flags to emerge. Fred, an Australian shepherd, thought to be the No. 1 seed coming into the field, unfortunately flamed out and only wanted to herd the other maniacs. He was sidelined and his career ended abruptly before it even began. 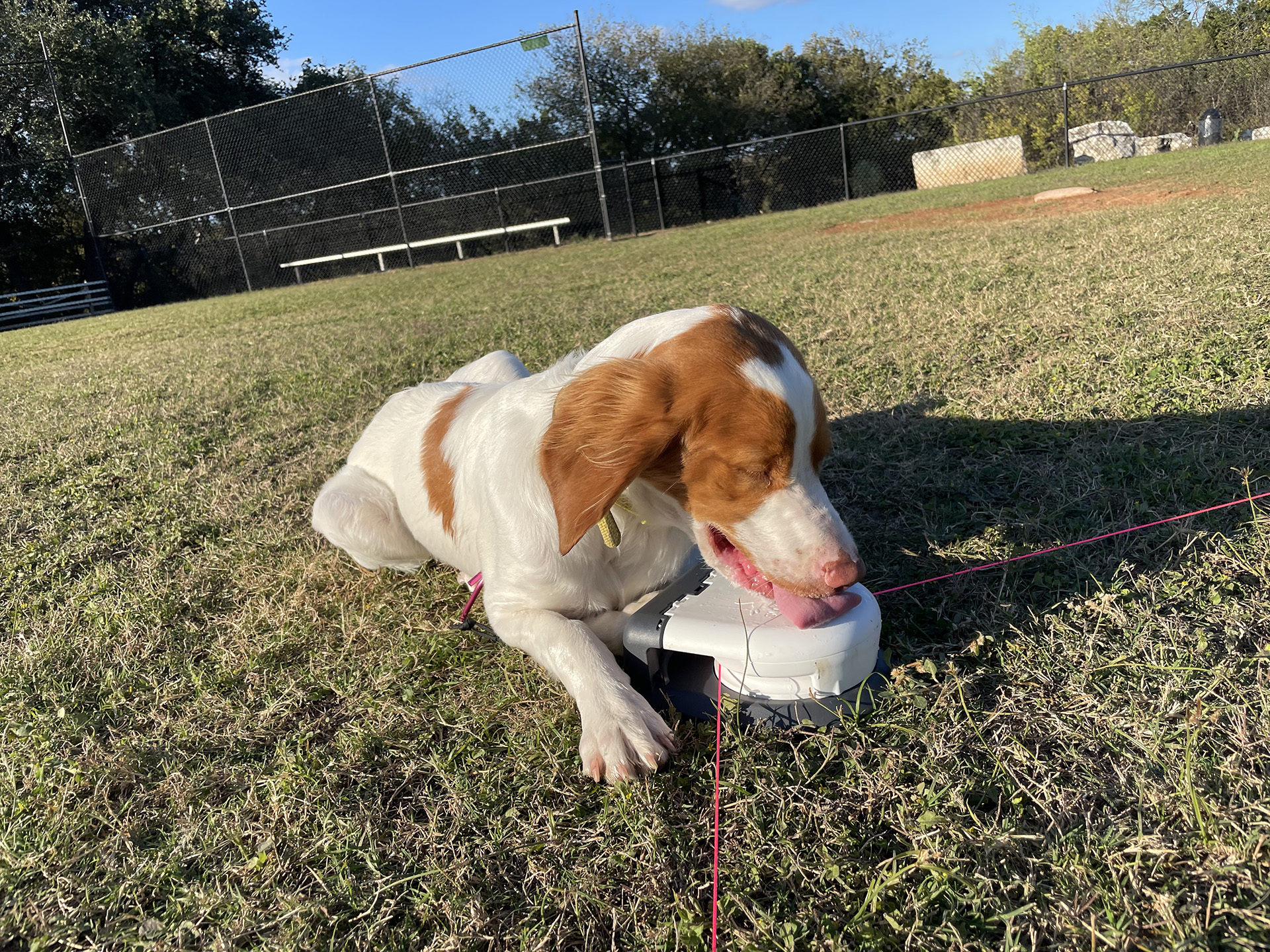 There are some safety features like an automatic shutoff after 90 seconds of play (it may seem short, but it’s plenty of time for a dog to sprint around), and a stall feature which cuts power if it senses your pet stepping on the line or if the line is slowing from an obstacle (e.g. a rock).

Aside from that, you still need to be cautious about how your dogs interact with the product. Follow the safety recommendations. Dogs with obsessive or overstimulated tendencies? Probably not a great activity for them. Know your own pet’s fitness level and keep an eye on the outside temperature. Have them warm up before just sending them into full on sprints. Keep water available and mandate breaks.

Is Swiftpaws worth it?

Swiftpaws is fun. For a dog with any sort of prey drive or inclination to chase things, this will be interesting to them. But so is a flirt pole. Or a game of fetch. And the setting up of the course each time is a bit annoying for the 10 minutes of chaotic fun you get out of it.

If you’re looking for a novel game to play with your dog or can split the cost with others, it’s worth a try. Ideally it’d be something you could rent and play with vs. sinking hundreds of dollars into something you likely won’t use every day. Until then, Swiftpaws has a 30 day return policy if you’re on the fence and want to decide for yourself.

Grace Lee Kang is a creative director and writer. She hates writing bios, but loves writing about time travel romance as the No. 1 entertainment genre, niche cultures, and the miscellaneous bloop that occupies her brainspace.