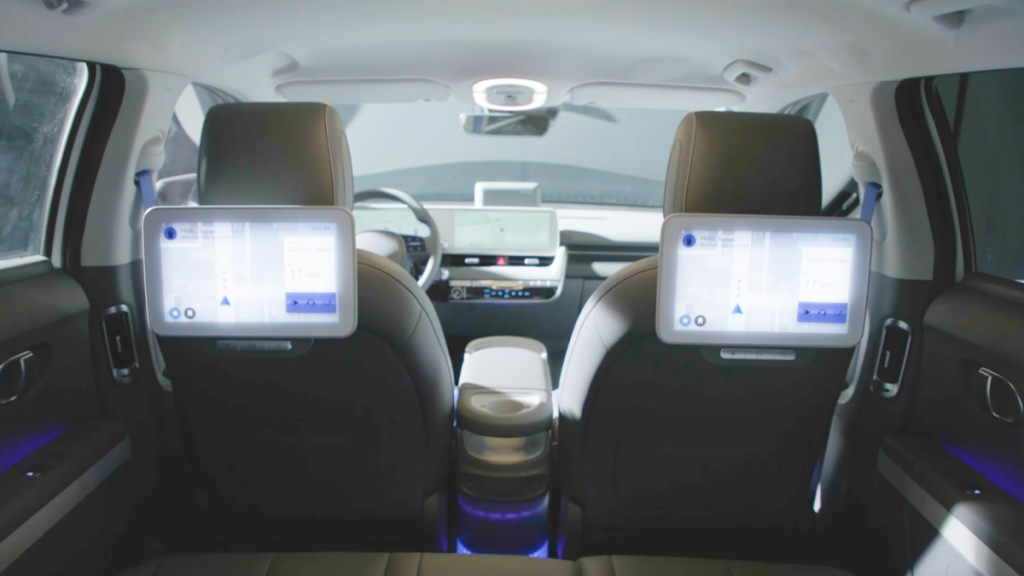 Some Lyft ride requests in Las Vegas are already autonomous (although there’s a safety driver), but starting in 2023, the fully autonomous rides powered by autonomous company Motional will come in a sleek new EV.

The Hyundai Ioniq 5 will be transformed into a robo-taxi for Lyft ride requests most likely in Las Vegas and other other cities Motional will be adding to its self-driving network. Currently Motional uses modified BMWs in Vegas that you can order through the Lyft app, with a human driver monitoring the car in the front seat.

For passengers, once the fully autonomous EVs launch, it’ll mean ordering a car through an app and then communicating with the car through the app and screens in the backseat.

An LED strip on the doors will let you know when the car is ready for you to enter. Using the app, you’ll slide open to unlock. If you can’t find the car (it should be pretty noticeable with 30 sensors mounted on the top and all around it), Motional is looking into using your phone to have the car flash its lights or honk the horn.

Once inside, you’ll need to push the “start” button. That prompts a safety check using sensors inside the car. The car will make sure everyone is buckled up and doors are closed. The backseat touchscreens are reminiscent of those in the backseat of Chrysler Pacifica and Jaguar I-Pace robo-taxis from Waymo. Alphabet-owned Waymo built its own ride-hailing app for riders in Phoenix and San Francisco.

See Also: 9 of the best travel coffee mugs for your daily caffeine fix

Motional anticipates its rides won’t need a safety driver in the front seat by the time the EVs are on the road in 2023. Instead, passengers will rely on the Lyft app and backseat screens for a smooth ride.