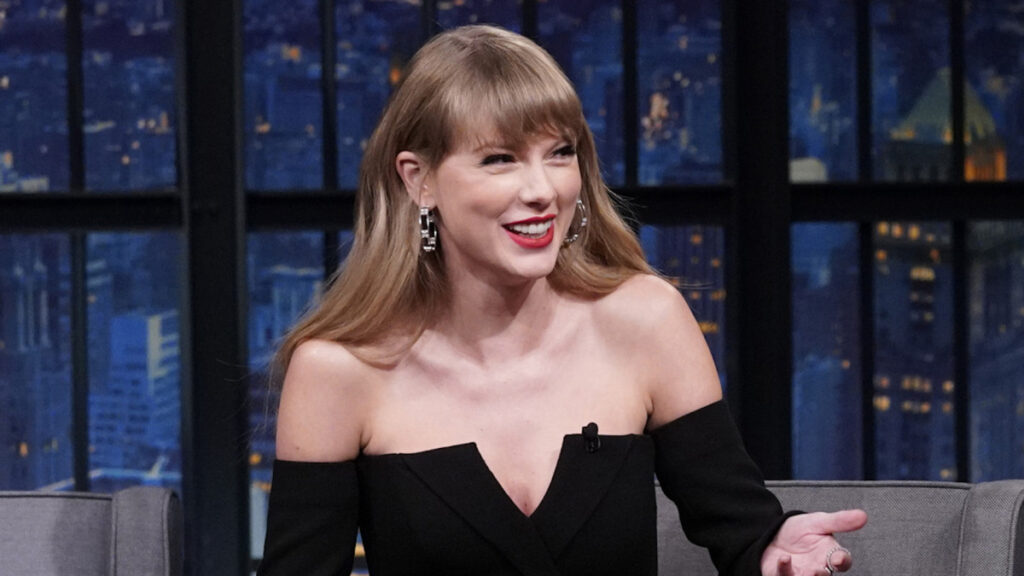 It’s a big day for Swifties everywhere, with the much-awaited arrival of Red (Taylor’s Version) — including that 10-minute version of “All Too Well.”

Taylor Swift’s beloved 2012 album has been rerecorded and released, with a crop of collaborating artists including with known guitar-smasher Phoebe Bridgers, who sang with Swift on a previously unheard “From the Vault” track titled “Nothing New.”

Swift revealed the behind-the-scenes process of the dream collab on Late Night with Seth Meyers, telling the audience how Bridgers reacted to Swift’s request to work together. Swift revealed she wanted another female artist saying it would “mean the world” to have her in the duet. And Bridgers response?

“I’ve been waiting for this text my entire life.”

Well, Swifties are in the same boat — the album is out now.