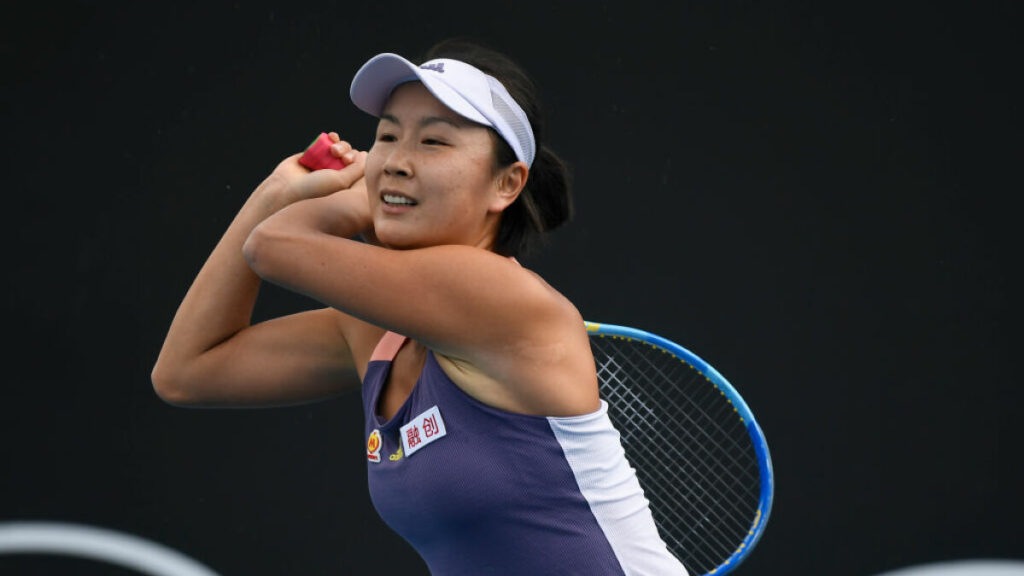 On Nov. 2, Peng made allegations against the former vice premier of China in a lengthy Weibo post, which was deleted half an hour later, CNN reports.

In the post, Peng alleged that Gaoli had sexually coerced her after inviting her to his house to play tennis with him and his wife. She noted that prior to this they had been involved in an on-off relationship.

Shuai hasn’t been seen since making those allegations and fellow tennis players are stepping up to share their deep concern for her welfare. Naomi Osaka, Serena Williams, Andy Murray, and Novak Djokovic are demanding answers on Peng’s whereabouts, most using the hashtag #WhereIsPengShuai.

“I am devastated and shocked to hear about the news of my peer, Peng Shuai,” wrote Williams on Twitter. “I hope she is safe and found as soon as possible. This must be investigated and we must not stay silent. Sending love to her and her family during this incredibly difficult time.”

On Twitter, Osaka posted a statement about Peng’s disappearance. “I was recently informed of a fellow tennis player that has gone missing shortly after revealing that she has been sexually abused,” wrote Osaka. “Censorship is never OK at any cost, I hope Peng Shuai and her family are safe and OK. I’m in shock of the current situation and I’m sending love and light her way.”

China state-affiliated media CGTN stated that an email purporting to be written by Peng Shaui had been sent to the Women’s Tennis Association. The email, posted on Twitter on Wednesday, claims that Peng has “just been resting at home and everything is fine.” But it’s unclear whether the email is actually fake and has been sent by someone else — the WTA has described it as a “staged statement.”

On Friday, the WTA said it will pull its tournaments out of China if there is not a sufficient response to Peng’s disappearance. WTA chief executive Steve Simon told CNN that the organisation would drop its ten tennis events that are scheduled in 2022 in China if the situation is not resolved. “We are at a crossroads with our relationship with China and operating our business over there,” he said. “We’re definitely willing to pull our business and deal with all the complications that come with it because this is certainly, this is bigger than the business.”

“Women need to be respected and not censored,” he added.

Tennis legend Billie Jean King praised the WTA for its response. Mashable reached out to the WTA for comment but did not hear back immediately.