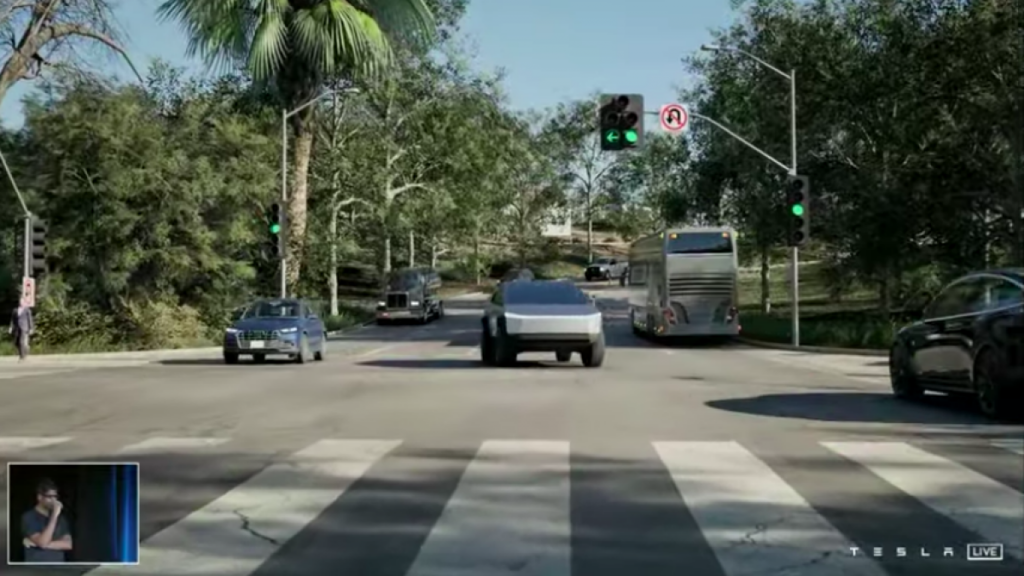 Tesla’s Cybertruck made a cameo at AI Day. Kind of.

Spotted: Tesla’s cyberpunk Cybertruck out in the wild. Or so it seemed.

The electric truck was seen in a video during the livestreamed presentation explaining the artificial intelligence used for the Autopilot driving system on Tesla cars. To show what Tesla’s simulation testing is like, the team put a rendering of the slow-to-arrive pickup truck on a road.

The Cybertruck isn’t starting production until next year because of delays. But at AI Day, a photorealistic rendering gave us a sneak peek at the elusive truck turning through an intersection — even if it was computer generated. 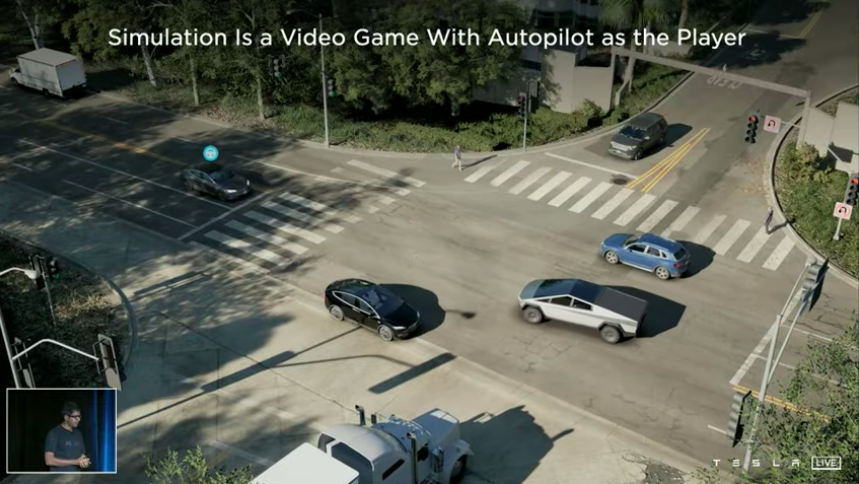 The Cybertruck is one thousands of unique vehicles, pedestrians, and props the team has created in simulation, as Ashok Elluswamy, Tesla’s Autopilot software director, noted. Tesla has also “built” more than 2,000 miles of simulated road. Simulated testing is a necessary part of training the Autopilot system for the real world.

Other Tesla vehicles, like a red Model 3, also made an appearance throughout the AI Day presentation. But despite these cameos, it was the Tesla Bot — a humanoid robot Musk “simulated” live with an actual human in a suit — that stole the show.