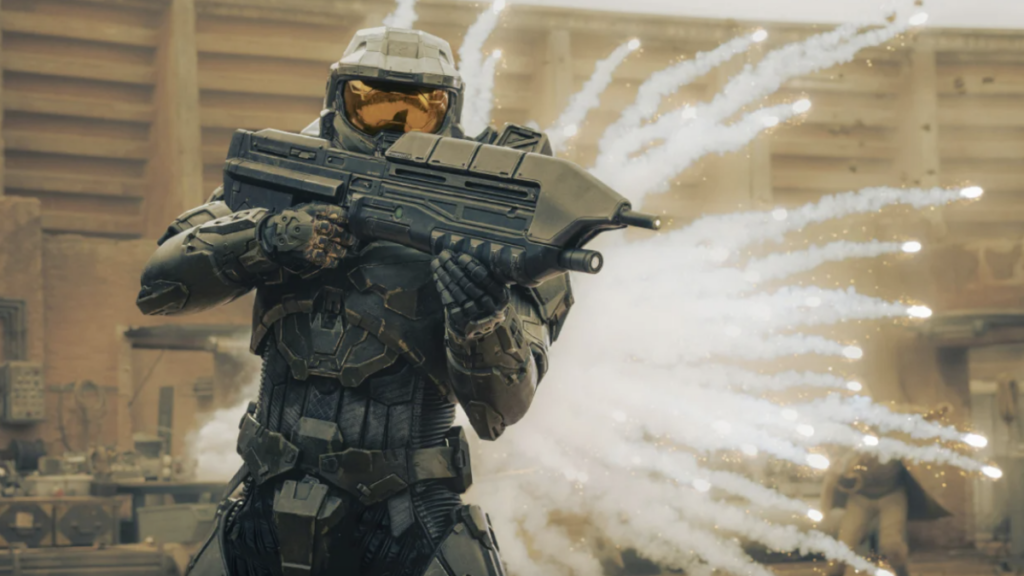 The 10 most streamed TV shows of the week: The good, the bad, and the meh

So many TV shows, so little time.

The sheer volume of new and returning series makes picking your latest binge sometimes feel like plucking a needle out of a haystack, with the whole thing made even more complicated by the number of recommendations you’re likely receive from friends and social media on any given day.

So, where to start? Well it’s not necessarily a measurement of quality, but it might helpful to at least know what most people have been tuning into. We’ve used streaming aggregator Reel Good, which pulls viewing figures from streaming services in the U.S. and UK, to narrow down the top 10.

From controversial entrepreneurs to female assassins, here are the most popular TV shows this week. Let’s go…

Problematic tech entrepreneurs seem to be a popular subject matter in both film and TV at the moment. In drama miniseries The Dropout, Amanda Seyfried takes on the timely role of Elizabeth Holmes, the Theranos founder recently found guilty of fraud and conspiracy. From New Girl creator Elizabeth Meriwether, The Dropout dramatizes the creation of the blood testing business that eventually led to Holmes’ downfall.* — S.H.

How to watch: The Dropout is now streaming on Hulu. 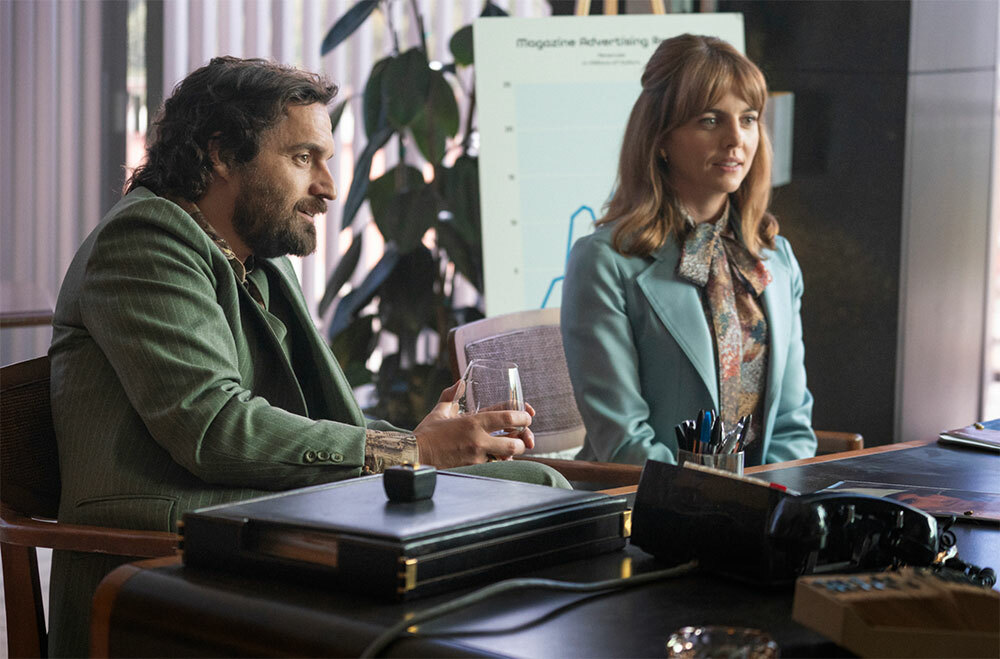 How to watch: Minx is streaming now on HBO Max. With four seasons already out there, Kevin Costner-led Western Yellowstone certainly has plenty of material to binge. Created by Taylor Sheridan and John Lindan, the drama follows John Dutton (Costner) and his family of ranchers in Montana. The show hasn’t always been beloved by critics (the first season, in particular, got a very mixed reception) but it is undeniably popular. — S.H.

How to watch: Yellowstone is streaming now on Peacock. Yep, you already know Halo. Bungie’s popular Xbox video game series finally made it to the small screen this year, adapted by Steven Kane and Kyle Killen, and starring Pablo Schreiber, Yerin Ha, and Natascha McElhone. Set in the 26th century, the story follows genetically engineered soldier Master Chief as he goes up against invading alien species The Covenant. — S.H.

What we thought: The first two hours of Halo do exactly what a brand new TV show should do: They introduce the world, the key characters, and the dominant themes. They give us some hooks to hang our interest on. They’re revealing in all sorts of ways, but they leave plenty of questions dangling, too. It feels surreal to say this, and to feel it in my bones, but it’s true: Halo is good TV. — Adam Rosenberg, Senior Entertainment Reporter/Weekend Editor

How to watch: Halo is currently streaming on Paramount Plus.

5. The Thing About Pam 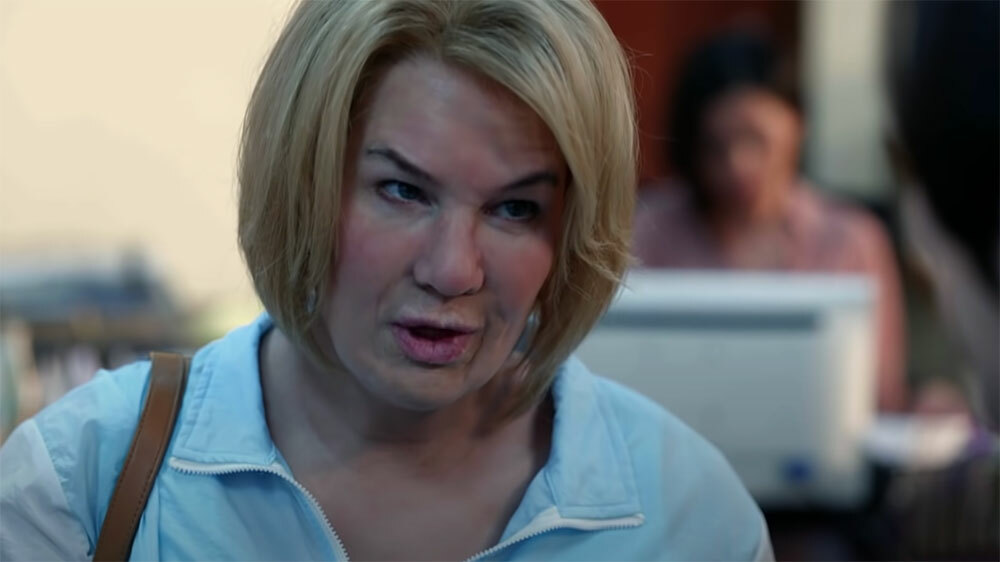 Based on the 2011 murder of Betsy Faria, true crime drama The Thing About Pam sees Renée Zellwegger playing Pam Hupp, a woman currently serving a life sentence for murder who has also been connected to the Faria case. It’s worth noting that this one hasn’t exactly received glowing reviews, with some reviewers criticising the show’s tone and treatment of victims. — S.H.

How to watch: The Thing About Pam is available to stream now on Hulu. Taika Waititi brings his directorial magic to the high seas this time, in the delightfully silly pirate comedy Our Flag Means Death. Created by David Jenkins, HBO Max’s series follows aristocrat Captain Stede Bonnet (Rhys Darby), known as the “Gentleman Pirate,” who ditches his wealthy land-based life to team up with mighty buccaneer Blackbeard (Waititi) for some oceanic skulduggery. Add a spectacular ensemble cast — including Leslie Jones’ Spanish Jackie and her 19 husbands — and you’ve got yourself a series worth walking the plank for.* — Shannon Connellan, UK Editor

What we thought: Overall, Our Flag Means Death reimagines elements of the pirate genre to create a gem of a comedy series. It manages to be equal parts swashbuckling adventure, sitcom, and character study. — Belen Edwards, Entertainment Fellow.

How to watch: Our Flag Means Death is now streaming on HBO Max. What we thought: I’m not convinced the world needed another WeWork story, let alone one stretched out over eight hours. But if you’re looking to be entertained — to watch Leto and Hathaway wholly channel the startups’ misguided maverick and muse — then WeCrashed delivers. The Apple TV+ series features stellar cinematography, supercuts, and special effects that help speed up and animate the drawn-out saga. And the score is so sprightly that it almost makes you believe all the bullshit. Almost. — Nicole Gallucci

How to watch: WeCrashed is streaming now on Apple TV+. We’re not sure where the time’s gone, but somehow Killing Eve — Phoebe Waller-Bridge’s tense spy thriller about British intelligence agent Eve Polastri (Sandra Oh) and her cat-and-mouse game with assassin Villanelle (Jodie Comer) — is already back with its fourth and final season. The show was arguably at its best in its first season, but as Mashable’s Proma Khosla wrote in her review of Season 3, “Killing Eve may string us along for season after season, but if these award-winning actresses can keep us hooked with their killer chemistry and quality writing, we’ll be here.”* — S.H.

How to watch: Killing Eve is available to stream on BBC iPlayer in the UK, and BBC America in the U.S. Sci-fi dramedy Upload returned for its second season this month, transporting us back to Greg Daniels’ near-future world in which humans can experience any afterlife they choose by uploading their consciousness to the cloud. Needless to say, digital heaven isn’t as simple as it sounds in this Amazon Original, which fuses The Good Place with Black Mirror and stars Robbie Amell as a newly dead computer programmer and Andy Allo as his post-life guide.* — S.H.

What we thought: It’s similar to The Good Place, but not only because it’s a high-concept comedy about the afterlife — it has that show’s same faith that given the opportunity, people will want to take care of each other, no matter how many new ways we invent to to make life hell. — Caitlin Welsh, Australia Editor

How to watch: Upload is streaming now on Prime Video. (edited) Channeling some serious Black Mirror energy, Apple TV+’s Severance sees Adam Scott as Mark, a man who opts for an implant that allows his work memories to be completely cut off from memories of his home life. John Turturro, Christopher Walken, and Patricia Arquette make up the impressive supporting cast.* — S.H.

What we thought: Severance is a visually fascinating work of art, an enthralling mystery, and an anticapitalist takedown of toxic labor practices; it’s the first must-watch Apple TV+ show of the year. — Alexis Nedd, Senior Entertainment Reporter

How to watch: Severance is now streaming on Apple TV+.