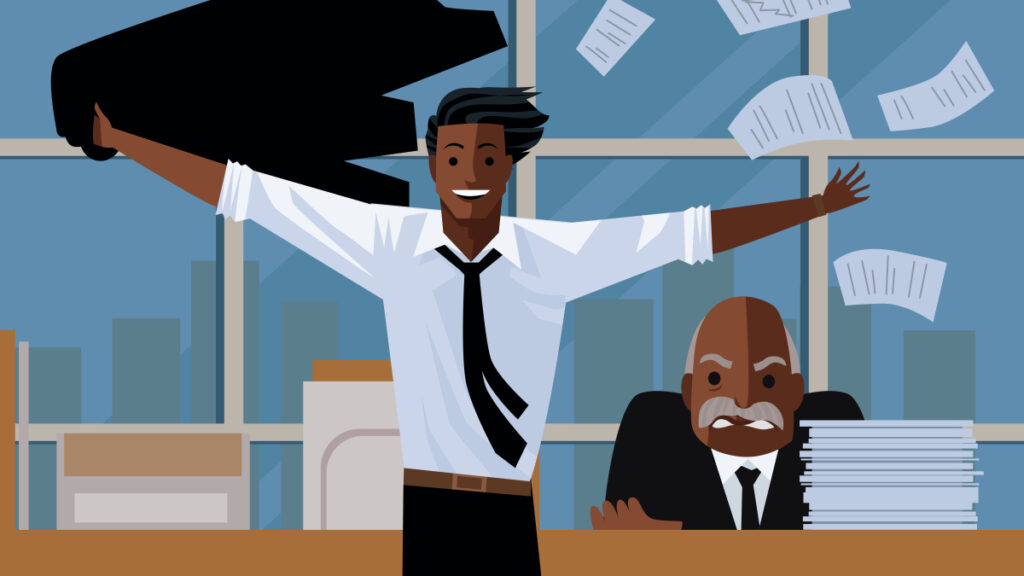 So, you hate your job and you’re going to quit. You could write a letter of resignation, or give your boss a call — or have a couple of C-list celebrities tell your company for you.

After more than two years at a tech startup, RB was feeling disrespected. They hadn’t gotten a raise or promotion during their annual performance review, there was a reorganization of the company that left morale low, and, plainly, they just didn’t want to work there anymore.

“I just said it as a hypothetical to a friend, like, ‘oh, wouldn’t it be funny if I hired Ghostface Killah to quit my job for me or something,'” RB, who asked to not use their last name, told Mashable. “… I tend to keep friends that have a tendency to just commit to the bit super hard. So we just egg each other on until I just did the thing.”

The best way to hire someone famous to quit your job for you is to use Cameo, which lets people pay for custom videos — like a happy birthday message, a get well soon note, or anything else — from select celebrities. Cameo told Mashable its seen a 30 percent growth year-over-year on job quitting requests, from users like Chris Diamantopolous, All Felt No Filter Puppets, Chris Sapphire, and Colton Dunn.

Ghostface Killah isn’t currently taking any Cameo requests, unfortunately, so RB couldn’t go that route. But something almost better came to mind: The Island Boys, twins from Florida who made their fame from TikTok videos of them singing and rapping, were available. So, on a Friday, the 35-year-old in Brooklyn, New York, rush-ordered a video from the Island Boys and asked the duo to quit for them. On Monday, they posted it to a company-wide slack channel.

“We’re letting you know that Robert doesn’t want to work there anymore because they’re island boys,” the Island Boys said on the Cameo, which RB posted to Twitter, censoring the name of the company they were quitting.

Their coworkers on Slack immediately responded with the island emoji, the skull emoji, and affirming DMs.

“Initially I was thinking of chewing them out with it,” RB said. “But then I thought it would just be funnier to treat them like I felt like they were treating me and I felt like the Island Boys were like, ‘OK, you’re gonna clown on me? I’m gonna clown on you back.’ And also I feel like it conveyed that I’m good. I’m not bitter.”

But using Cameo to quit is a bold choice, and not just because, as RB put it, you’re “sort of throwing a molotov cocktail on your way out.” These videos can cost anywhere from $5 to $2,500. The Island Boys’ base rate is $200 right now, but RB says “it’s the best money I’ve ever spent in my life, easily.” And as for the molotov cocktail of it all? RB isn’t worried.

“I’ve always like bounced back from every stupid thing I’ve done in my life,” they said. “And usually for the better.”

Beyond Cameo, this is a trend we’ve seen blow up over the past year. People are quitting their jobs at record numbers. In August, 4.3 million Americans, or 2.9 percent of the entire workforce, quit their jobs, according to the U.S. Bureau of Labor Statistics. They’re quitting for a variety of reasons, from pay to family pressure, and more. And one huge reason, UC Berkeley economist Ulrike Malmendier told NPR, is because the pandemic and remote work have “changed the way we view our lives and the world.”

RB wants everyone who isn’t happy with their job, and has the ability to leave it, to do just that. And we’re hoping they’ll ask celebrities to do it for them.