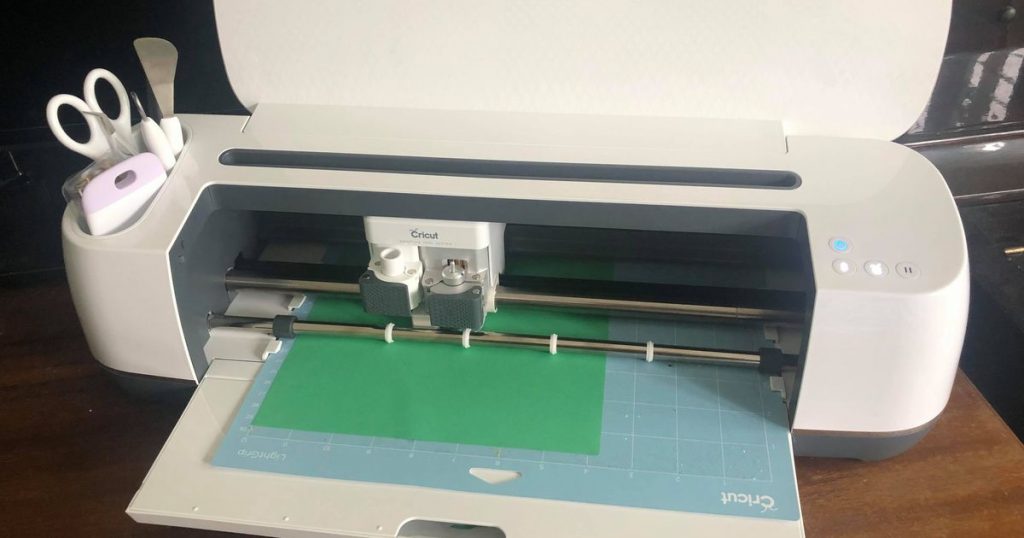 When I told my friends and family I was trying out the Cricut Maker cutting machine, their initial reaction was “why?” This was also the secondary reaction, and the third.

It’s difficult to explain the appeal of a $400 multifunctional app-controlled cutting tool to people whose cutting needs are largely met by a single pair of scissors. The Cricut Maker may have a very particular set of skills, but those skills aren’t particularly treasured outside craft-enthused demographics — no matter how novel and varied they may be. And they are extremely novel and varied. But for those arty, crafty people, the Maker can be a powerful tool in their arsenal.

What can the Cricut Maker do?

The Maker is Cricut’s most versatile machine, capable of cutting, writing, scoring, debossing, and engraving an endless number of intricate designs (though the accessories enabling some of these are sold separately). Just stick your material to one of Cricut’s sticky cutting maps, feed it to the machine, and you can produce one of those bougie papercut greeting cards they sell at the fancy stationery stores.

The Maker is able to work with over 300 different flat materials measuring a maximum of 2 feet long and 12 inches wide, including fabric and thin wood. Of course, Cricut bulks that number significantly by differentiating said materials by fractions. There are dozens of listings for paper alone, including Construction Paper, Copy Paper, Deluxe Paper, Laser Copy Paper, and Deluxe Paper Foil Embossed.

Unfortunately, I do not know my craft materials well enough to positively identify different paper types with such precision. I can only assume this personal failing is what caused my Maker to produce a series of deeply unsatisfactory papercuts, each of the beautifully intricate designs supplied in the app brought low by an upsetting amount of tearing. It was particularly distressing when this occurred near the end of a long, intricate cut.

Cricut tip: Stick to scrap paper and card stock while learning your way around your machine, if only to protect your morale, and try not to get too frustrated if it doesn’t work out.

Despite my difficulties, the Cricut Maker is capable of producing some very pretty art.

How to use the Cricut Maker

The Cricut is undeniably simple to use, yet also paradoxically complex. Unlike the Cricut Explore Air 2, the only controls the Maker has on the machine itself are four buttons: power, load, cut, and pause. Everything else is controlled by the Cricut Design app which, aside from taking you through one simple introductory cut, largely leaves you up to your own devices.

There’s no tutorial, so you have to dig through the of Cricut’s website to figure out how to , or the difference between . It will guide you in the final steps from canvas to cutting, but that’s about it. This isn’t too much of a problem if you only stick to the designs already in the app.

What is included with the Cricut Design app?

Cricut Design has a library of images and projects users can make, some free and others that require a small fee, so you’ll always have some vectors compatible with the machine. Projects cover everything from greeting cards, to stuffed toys, to bags and accessories. You can either pay for designs as you go or sign up to , with subscriptions starting at $95.88 per year.

Cricut Design allows you to upload your own images, as well as refine, rearrange, and alter any designs. You’ll have to find another app to do the initial conversion of your image into a vector though, and not every picture will take to the process well. One of the very first projects I attempted was converting a into a frameable papercut, because I am insufferable and overambitious in equal measure. Unfortunately, no conversion website I found could turn the image into a satisfactory vector, rendering it with either too much or too little detail.

Sticking to simple monochrome images with clean lines and without shading provides much better results, and is a much more realistic goal. The meme was a bit much, but my delicate doilies and Chinese papercut art came out beautifully. It’s all about managing your expectations.

The use of Cricut’s included designs doesn’t guarantee a perfect result though, and still requires you to use your brain. While I was thrilled to discover a graphic of two sapphic skeletons in the Cricut Design image library, I discovered too late that the lovebones were better suited to vinyl instead of paper. The difference is that the shapes were intended to remain in place once cut out, allowing for floating elements such as an empty eye socket or grinning teeth. There was no label on the design itself indicating that this was the case, so I only realised my misstep after I’d attempted it on paper.

You can filter designs by material, as well as other factors such as image complexity, layers, and operation type. However my dead girlfriends were wrongly categorised as a “Paper/Cardstock” “Cut Only” operation, as were other images with floating elements, so I wouldn’t recklessly trust this function.

Even so, the power to cut whatever simple designs your chaotic heart desires is thrilling. This is where the Cricut’s true value lies, giving crafters the freedom to create truck decals of and house signs declaring that Fortunately Cricut backtracked on its recent, much maligned decision to , so the only thing stopping you from plastering Dick Butt stickers everywhere is your budget, time, and .

I can’t say that having a Cricut would significantly improve the average person’s life. The ability to design and cut unique greeting cards is fun, and watching the automated blade realise your creation provides an undeniable thrill. Even so, it’s much less hassle for harried office workers and time-pressed parents to simply pick up a cheap card from the grocery store when the need arises.

The people who would enjoy the Cricut — who would be absolutely over the moon with one — are the people who throw colour-coordinated birthday parties and have Etsy stores. Those who actually use their label maker and wear their own handcrafted jewelry. The “Live, Laugh, Love” mums. The Cricut Design app’s pre-prepared graphics give a pretty good idea of its traditional target audience, listing the three specific subcategories under “Professions” as “Beauty & Fashion,” “Healthcare & First Responders,” and “Military.” Many in the latter two are geared toward thanking people for their service.

Yet crafty homemakers aren’t the only demographic who would appreciate a Cricut Maker. Cosplayers, artistic teens, and children with school projects would enjoy its services as well, and it’s useful for artists selling stickers, laptop decals, or wedding decorations. Writer Madison Sinclair has even been making booty shorts with such as written across the butt, which is almost worth the price of admission alone. Really, the main limitations are your time and imagination.

As much fun as it is to cut out intricate patterns, I don’t expect to use my Cricut Maker all that often. Having beautiful matching labels for your spice jars and baking supplies is an appealing prospect — who wouldn’t want to live in a soothingly aesthetic Instagram post? However, the more pragmatic side of me knows I won’t take the time to cut out pretty labels when I haven’t even dealt with my .

And sadly, I don’t have the booty to pull off shorts declaring that All respect to those who do, though. You live a life that remains beyond my reach.