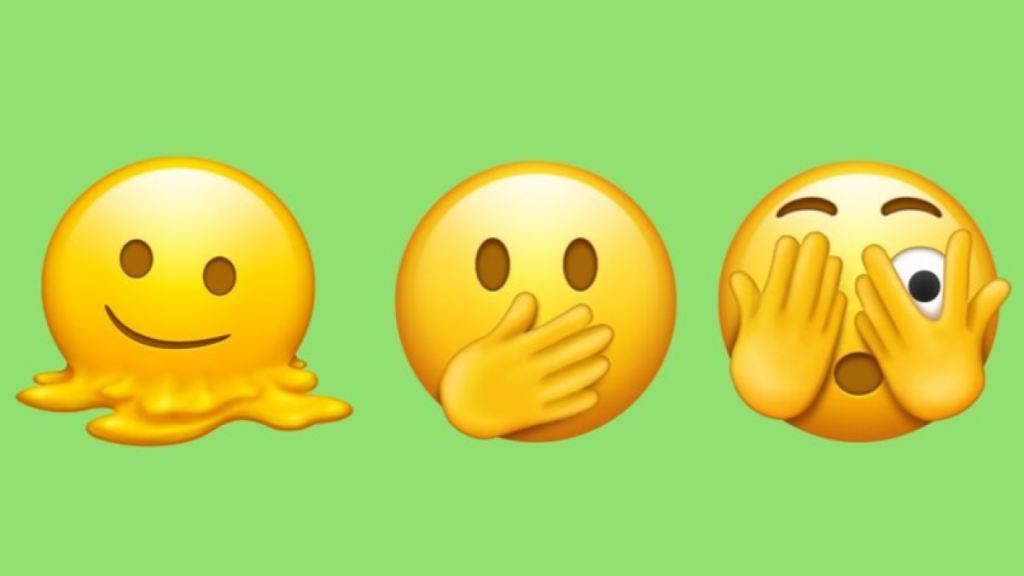 The latest batch of emojis features beans, orcs, and a melting face

Few things can bring fans of disco balls, pregnant people, and high fantasy enthusiasts together. Leave it to the emoji industrial complex to cross all those streams at once.

Emojipedia took a look at the latest batch of potential emoji. They aren’t finalized, so they could be changed or cut entirely by the Unicode Consortium before the September approval date, and they may look different on different platforms. But there are some good ones possibly on the way. Let’s get to it.

The new emoji we could be seeing in 2021.
Credit: emojipedia

The generic emoji smiley face has some new looks, such as a salute and a frankly kind of disturbing melting variant. As always, there are more hand gestures, such as firmly pointing, shaking hands, and even heart hands. A royalty emoji with a jeweled crown is joined by “Pregnant Man” and “Pregnant Person,” added to “recognize that pregnancy is possible for some transgender men and non-binary people,” per Emojipedia.

Just like all other human-based emoji, they’re available in several skin tones.

It gets weirder the further down the list you go. I’m not quite sure why we need emoji for a bird’s nest, water spilling out of a glass, a skeleton viewed through an X-ray, or beans, but someone will find those useful. The same goes for an orc emoji, which I personally hope makes the cut. You can never have too many orcs, even if the emoji is technically called “Troll.” This isn’t the place to get semantic about fantasy creatures so I’ll let that slide.

Again, some of these probably won’t see the light of day and that will be disappointing. But cross your fingers and hope for the best, especially for the melting guy.