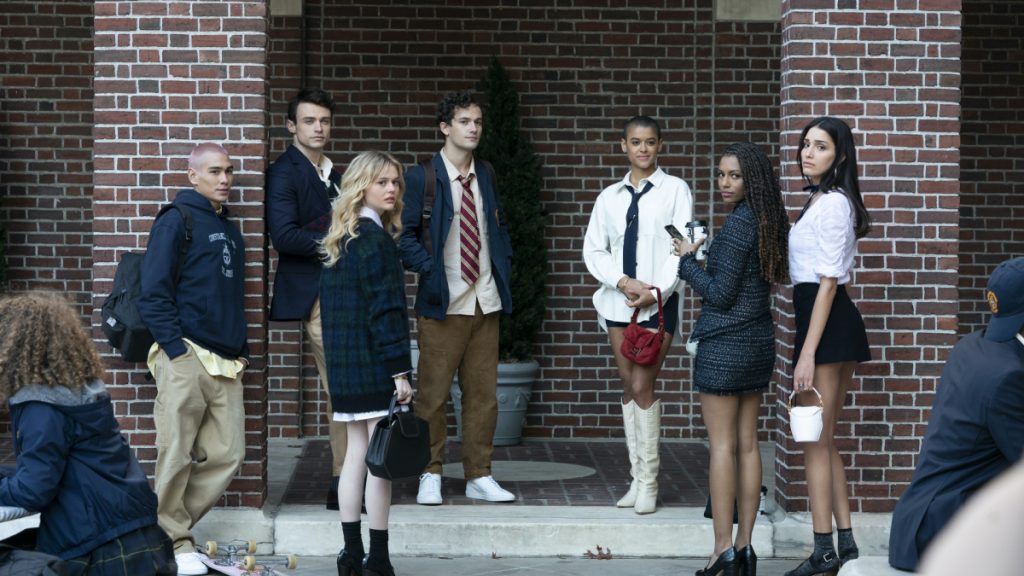 The new ‘Gossip Girl’ is too cold to be cool

Someone once said that the reason so many classic stories center on wealthy characters is because the rich show us how humanity behaves when all of our basic motivations are abundantly met. Freed from the struggle of obtaining food, shelter, water, and any of the other things humans may act desperately to obtain, the lifestyles of the rich and famous become a fascinating literary backdrop upon which the alleged truths of human nature are projected.

The original Gossip Girl on The CW covered the “scandalous lives of Manhattan’s elite,” the children of Upper East Side scions who’d never known want. Their response to their limitless existence was to act like perfectly coiffed criminals who knew no god but themselves. They established pointless high school hierarchies, obsessed over their wealth, screwed each other over or otherwise, and ended every evening with a dazzling party at which someone was liable to die, or douse someone with Nair, or reveal a devastating secret that wouldn’t matter two episodes later.

In short, it was the greatest television show of its time.

Now for a new generation, Gossip Girl is back in a detached spinoff about a new crop of wealthy students, and these kids’ response to wealth is to act very bored and annoyed with what they have. There is Julien (Jordan Alexander), a teen influencer whose fame seems to derive from delivering platitudes into a front-facing camera each morning. Her friends Monet (Savannah Lee Smith) and Luna (Zión Moreno) double as her stylist and public relations specialist, respectively. There’s also Obie (Eli Brown), a guilty child of billionaires whose status as the most interesting boy in New York comes across in none of his scenes; Aki (Evan Mock) and Audrey (Emily Alyn Lynd), a couple whose names are almost impossible to remember; Max (Thomas Doherty), who is horny; and Zoya (Whitney Peak), Julien’s long-lost half sister whose arrival sets up the events of the show.

Removing the mystery from Gossip Girl doesn’t do much for the plot beyond revealing which character is the weirdest person in a roomful of aggressively normal people.

With the exception of Max and Zoya at some points, none of these characters appear to have fun at all. It’s not that they’re especially high strung or sad, they’re just kind of there. The writing is clever, if somewhat defanged from the original’s ’00s-era venomous bite, but somewhere between the acting and the direction the first four episodes provided for review fail to make a case for following these people’s stories. Some of the young cast clearly struggles with the show’s humor, since they mumble their lines with inflections that suggest they don’t understand what they’re saying is a joke or a reference, and most of the scenes are shot from a distant, grayish perspective that strips the color and interest from these students’ supposedly vibrant lives.

And then, of course, there is Gossip Girl herself. The original show waited six seasons to deliver the climactic and unlikely payload of Gossip Girl’s identity, but Gossip Girl 2021 kicks the entire show off by telling the audience who’s behind the all new GG Instagram account (blogs are so 2007) 15 minutes into the pilot. Without spoiling exactly who it is, removing the mystery from Gossip Girl doesn’t do much for the plot beyond revealing which character is the weirdest person in a roomful of aggressively normal people — not a huge feat for the character or the world they claim to excoriate with Gossip Girl’s tepid posts.

There is still room for the new Gossip Girl to get interesting. Even though this version wants to skew more towards a Euphoria-type HBO drama than its soapy CW predecessor, it’s not too late to dangle someone off a building or have one of the characters framed for murder. But until Gossip Girl remembers why the original was good and injects these new characters with some pep, this show remains in the shadow of the girl we knew we loved.