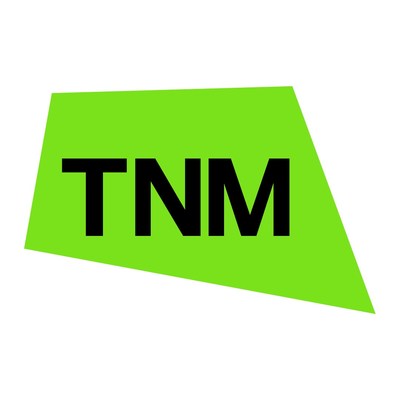 NEW YORK, Sept. 14, 2022 /PRNewswire/ — The News Movement, the social-first media company, today announced Jessica Coen as its U.S. Executive Editor. The appointment comes as the company prepares to launch in the U.S. in October.

The News Movement is focused on providing fact-based, high-quality, engaging news and useful information on platforms including TikTok, Instagram, YouTube, Twitter and Snap. TNM will meet Gen Z and other audiences where they are with native content that’s easy to access and understand.

“We are thrilled to have Jessica – a true game-changer in the media industry – join our growing team,” said Kamal Ahmed, Co-Founder and Editor-in-Chief at The News Movement. “As we develop our newsrooms in London and New York, we are dedicated to using the latest storytelling techniques to help the next generation of audiences navigate the world. Jessica’s editorial experience leading media titles and their expansion on new platforms makes her an incredible asset. I’m excited to work with her as we grow in the U.S., producing engaging news and useful content for American audiences and communities.”

Jessica most recently served as the Chief Content Officer at Morning Brew, where she oversaw all B2C content across platforms. Her previous roles include Editor-in-Chief at Mashable, Vocativ and Jezebel, as well as Deputy Online Editor at both Vanity Fair and New York Magazine, where she most notably oversaw the launch of The Cut and was instrumental in the expansion of Vulture.

As Executive Editor, U.S., Jessica will build The News Movement’s U.S. newsroom, working with a growing team of reporters and producers to drive innovative journalism that reaches new audiences. Jessica’s team includes recent hires Kimberly Avalos from NowThis, who has joined The News Movement as Producer, John D’Amico from Mashable, who joins as Supervising Editorial Producer and Jennings Brown, a producer, podcaster and former Esquire Magazine Editor who will serve as a Contributing Producer.

“I’m honored to join the ambitious team at The News Movement and further its mission of innovative, inclusive and high-impact reporting,” said Jessica Coen, Executive Editor, U.S. at The News Movement. “Young audiences are consuming the news differently and it’s important for us to meet them where they are by publishing content that resonates with them. I’m looking forward to joining The News Movement’s newsroom, building a team of fresh, talented reporters and expanding our U.S. audience, especially in the run up to the midterms and presidential elections.”

About The News Movement:

Founded in 2020, The News Movement is focused on providing fact-based, high-quality engaging news and linked content on the platforms that young audiences use in their millions. It was co-founded by experienced media executives William Lewis (former CEO of Dow Jones, Publisher, The Wall Street Journal), Kamal Ahmed (former Editorial Director of BBC News), Ramin Beheshti (former Group Chief Product and Technology Officer at Dow Jones), Eleanor Breen (former Chief of Staff at Dow Jones), and Dion Bailey (former VP, Head of Technology and Architecture at The Wall Street Journal). To date, The News Movement has seen more than 10 million views across TikTok. It has offices in London and New York.