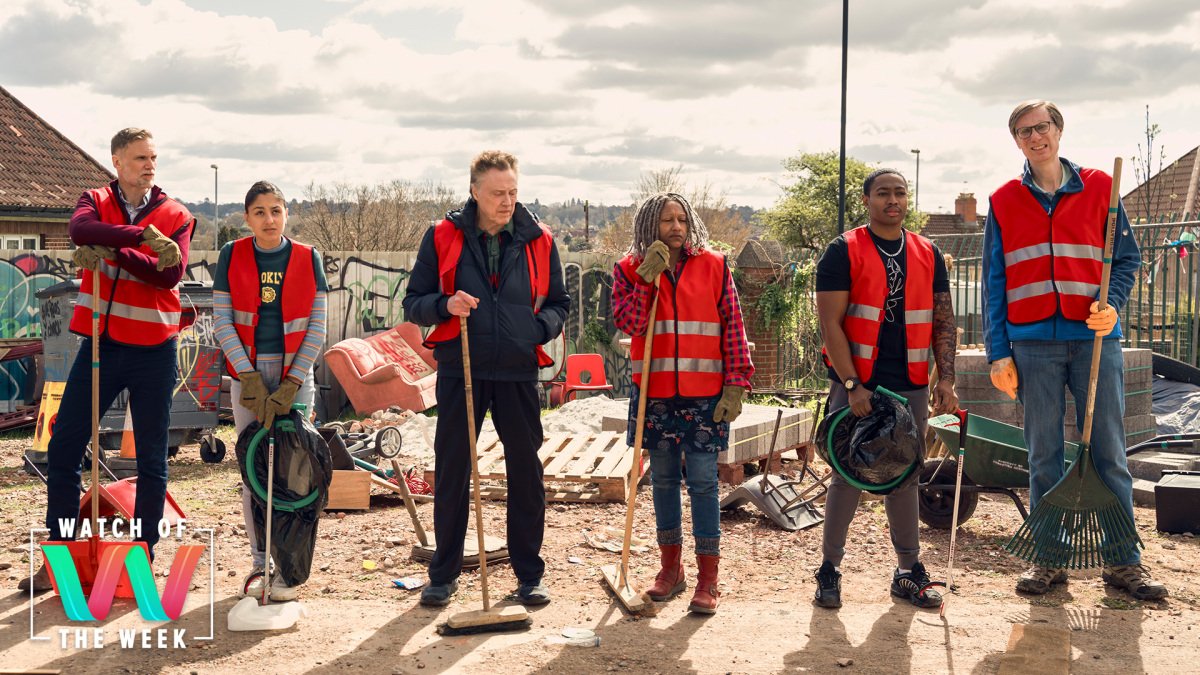 Before I ever laid eyes on a trailer for The Outlaws or read a single synopsis of the show, I was hooked. It only took four words to convince me the comedic thriller was worth a watch: “Stephen Merchant” and “Christopher Walken.”

Merchant created The Outlaws with filmmaker Elgin James. But the comedian, writer, director, and actor also co-created a little show called The Office with Ricky Gervais. As a die-hard fan of the workplace comedy, I was eager to check out Merchant’s latest series, in which he also stars. And learning that Walken, a living legend whose Severance character I’m currently obsessed with, was part of the cast was an unexpected bonus.

The Outlaws first premiered in 2021 on BBC One and BBC iPlayer in the UK, but the series deserves to reach a whole new audience of crime and comedy (crimedy?!) lovers when it drops on Prime Video on April 1, 2022. The six-episode season follows seven law-breaking strangers who are forced to carry out their community service sentences together. They’re tasked with restoring a local community center in Bristol, UK, which sounds fairly straightforward and innocent, but when one member of the group wades back into criminal waters they all find themselves in precarious positions. The journey inspires a series of schemes and lies, offers the characters some much-needed introspection, and leads to an unlikely, heartwarming friendship.

The community service crew is composed of the following colorful characters: Rani (Rhianne Barreto) is the self-labeled “studious Asian good girl” of the group. Christian (Gamba Cole) is the “bad boy.” Greg (Merchant) is the quirky lawyer. Frank (Walken) is the “shifty old-timer.” Lady Gabby (Eleanor Tomlinson) is the wealthy “celebutante.” John (Darren Boyd) is the “right-wing blowhard” businessman. And Myrna (Clare Perkins) is the fierce liberal activist. The group is led by a supervisor, Diane (Jessica Gunning), who may or may not be a retired baddie herself.

The Office enthusiasts will cherish The Outlaws‘ humor and find familiar comfort in Merchant’s ability to craft lovable characters whose personalities brilliantly clash, yet perfectly complement each other. And fans of popular crimedies (See? It’s already catching on!) like The Afterparty will appreciate the show’s constant chaos, conflict, and surprises.

Several storylines are stretched and exaggerated to the point of sheer implausibility. But those outlandish antics string the series together, and you’ll be having so much fun that you won’t even want to question them. Flaws and all, The Outlaws takes viewers on a joyride jam-packed with satisfying moments of suspense, quality jokes, and hints of romance. If you’re craving a fresh, rebellious comedy with an impeccable cast, it’s worthy of the top spot on your watchlist. 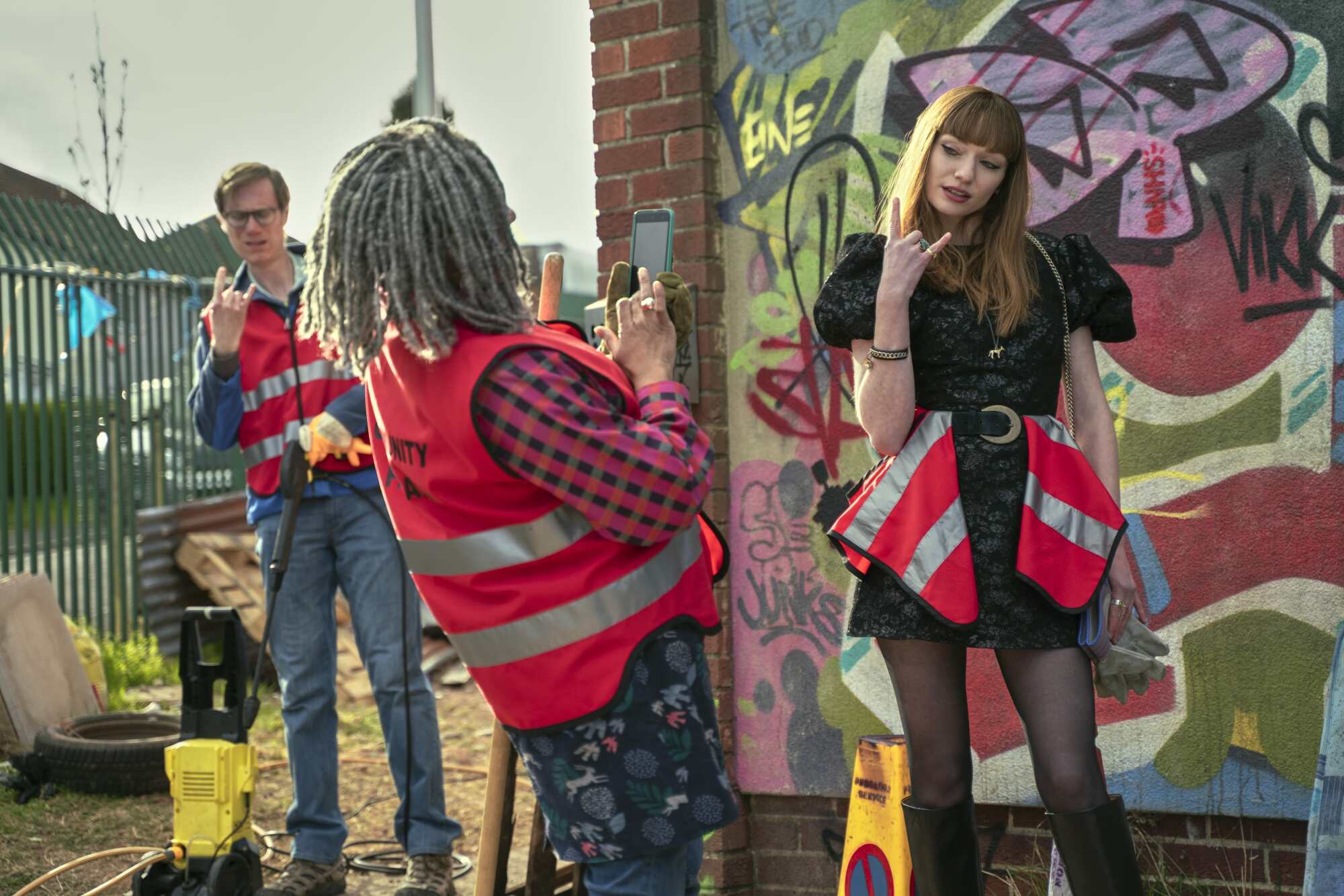 Season 1 will keep you on the edge of your seat, and occasionally make you laugh so hard you’ll run the risk of falling off it. Casting director Amy Hubbard struck gold with this entire crew, and while their collective chemistry is off the charts, standout comedic performances include Merchant’s laughably awkward Greg and Tomlinson’s perky, fame-obsessed Gabby. I’d be remiss if I didn’t praise Walken, who captures Frank’s personality so precisely that I can’t help but feel he was born to play a “lying, thieving, selfish old bastard who can never be trusted.” The feisty grandfather fresh out of jail has undeniable charisma, spews out-of-date sayings like “he’s not the coolest beer in the fridge,” and sings karaoke to The Pussycat Dolls’ “Don’t Cha” while sporting a Hawaiian shirt. Walken seems almost too comfortable in the role, 100 percent of the time. It’s absolutely glorious. 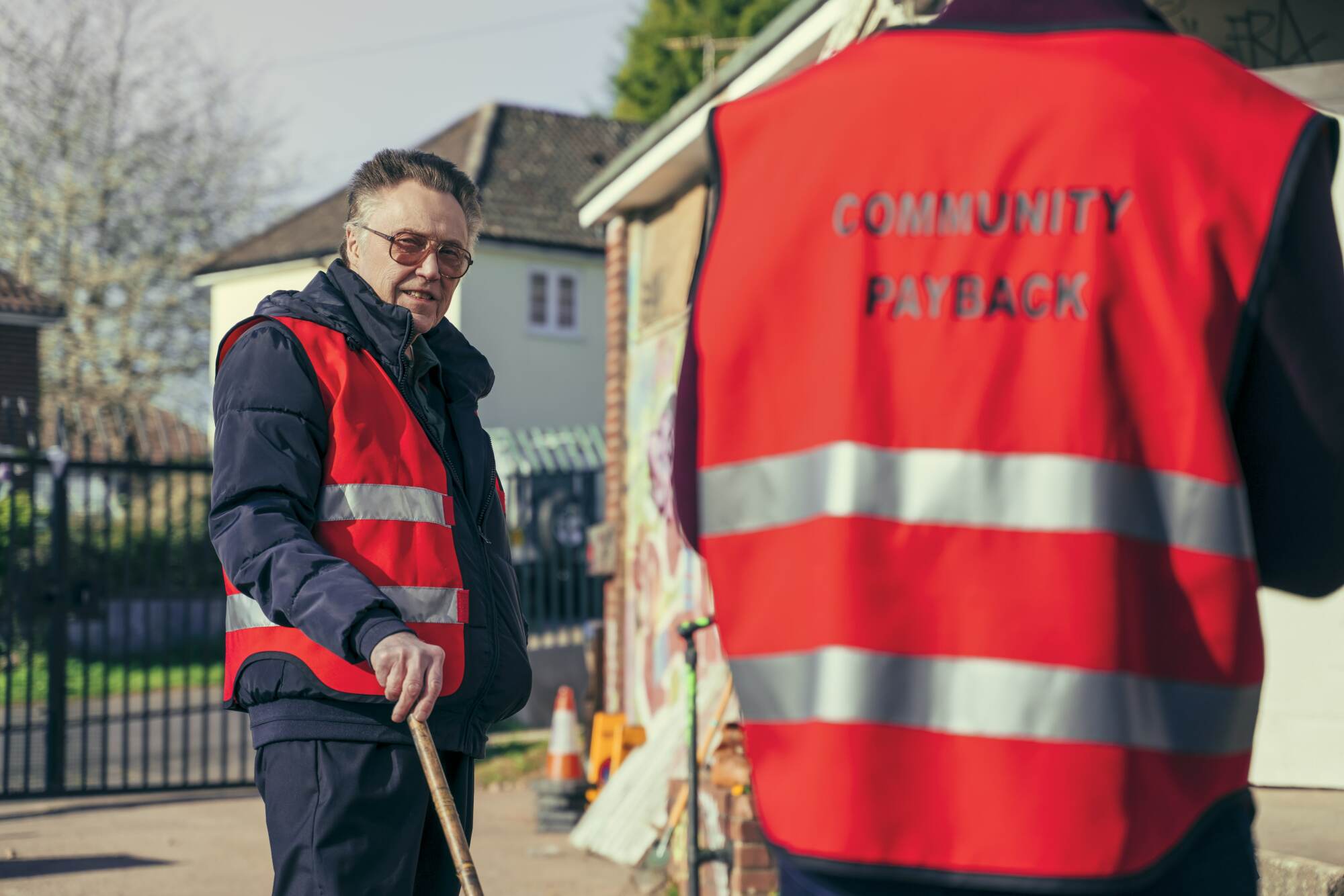 Walken was born to be an outlaw.
Credit: PRIME VIDEO

Though the show is a comedy that includes more than a few dick and condom-related jokes, emotional performances from characters like Christian and his sister Esme (Aiyana Goodfellow) give the series range. And writers definitely don’t shy away from tackling serious topics like racism, police, politics, and privilege — both in jokes and heartfelt dialogue. Flashbacks showing what led to the characters’ community service sentences give crucial insight into their dispositions and add new depth to the overall narrative. And in between moments of levity and stress-inducing transgressions, the series strives to instill a greater message: Don’t judge a book by its cover — or rather, don’t judge a person by the first impression they make at Community Payback.

The Outlaws is a complex, criminally fun watch with a lot of heart and a fulfilling ending that seamlessly sets up Season 2.

Season 1 of The Outlaws is now streaming on Prime Video.