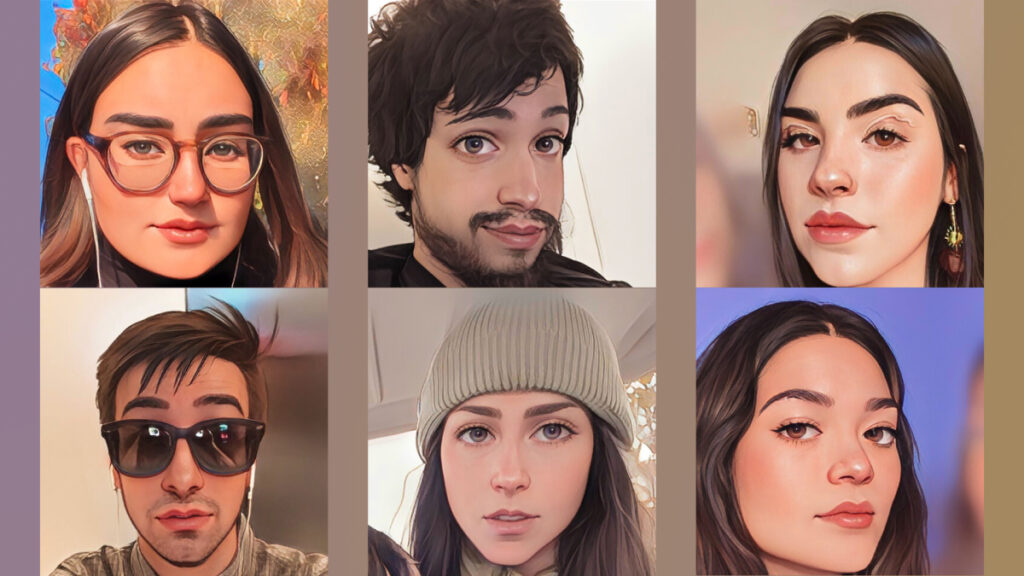 The Prequel app is yassifying our selfies into hot cartoons

If you’re in need of a massive ego boost, this is your sign to turn yourself into a cartoon.

Twitter is currently full of people who are discovering the glorious effects of the Cartoon filter on the editing app Prequel. The free app takes any existing photo and turns it into a cartoon – simple, right? The cartoon animation effect isn’t a new idea, but something about Prequel’s version makes literally any photo a million times hotter.

Is it the baby smooth skin? The you-but-better realism? The yassification of the cartoon? Whatever it is, people can’t stop using it. The app also hosts plenty of other editing tools, video templates, and even more AI effects, but no one seems to care about those when one tap of the filter can turn you into a cartoon baddie.

Of course, as with any viral app, we were curious about Prequel’s privacy policy. The app doesn’t make clear exactly what it does with the gorgeous selfies being uploaded, so there may be mild concern there. In terms of personal information, Prequel can also collect and use any data you enter in the registration process, but you can use the app without creating an account.

If you’ve decided to submit your personal data to the powers that be and really just want to get in on the hot cartoon fun, all you have to do is download the Prequel app on the App Store or Google Play store. Make sure to click out of the sneaky premium paid version that pops up when you first open the app, select the Cartoon filter, and choose a selfie to cartoonify. We found the effect works best with photos that only have one person and shows your face almost entirely.

Happy hot cartoon-ing! Please schedule in at least 20 minutes of downtime to ogle at the beautiful animated version of yourself.