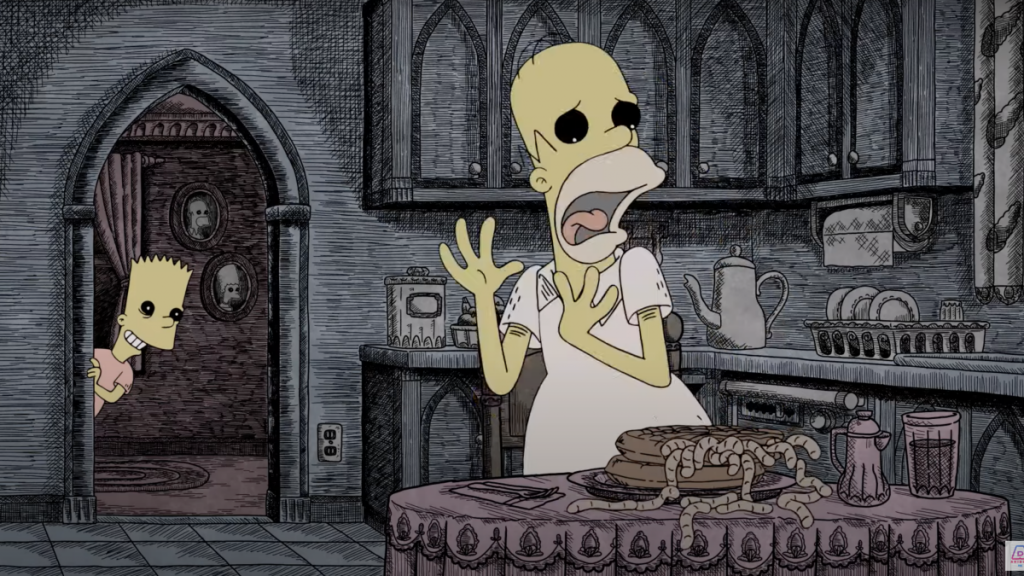 Fox has shared a preview of The Simpsons upcoming “Treehouse of Horror XXXII” episode which is inspired by American pen-and-ink illustrator Edward Gorey.

Known for his unsettling, surrealist drawings, Gorey’s style is instantly recognisable and made for the spooky season. The Simpsons has taken this style and run with it, tracking a year in the mishaps of Springfield.

Gorey’s segment will join the annual lineup for the Treehouse of Horror episode, which is reportedly set to parody Parasite, Bambi, The Ring and more.