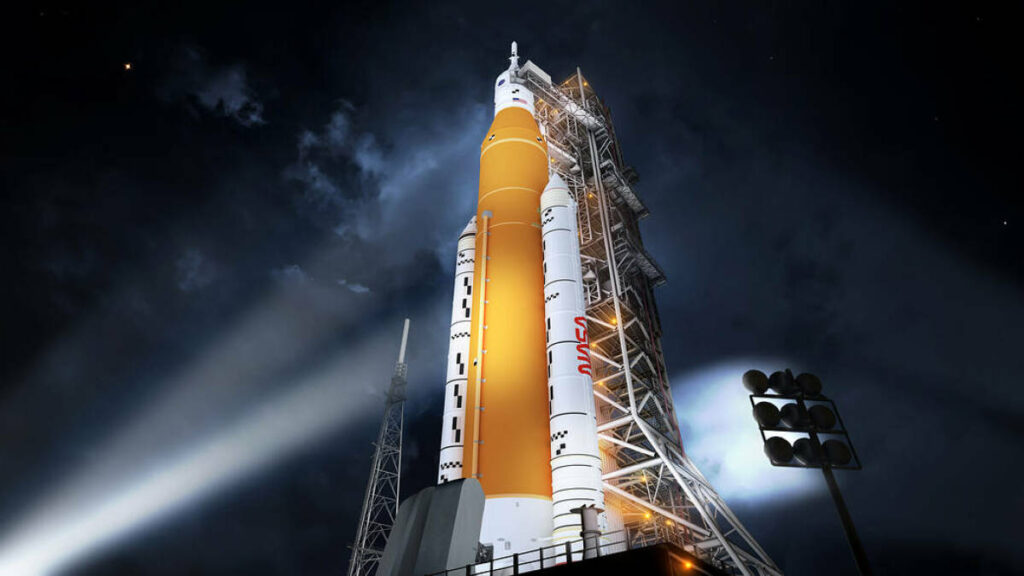 They call it the crawler.

In a long-anticipated event, NASA will haul its new moon-bound megarocket to a Kennedy Space Center launchpad on March 17. It’s a dress rehearsal for the real, fiery show, perhaps this spring or summer when an uncrewed spacecraft blasts off and journeys around the moon. Out in the open Florida air for the first time, the space agency will eventually load the completed 322-foot-tall rocket with super-cold propellant and practice a nail-biting countdown.

But, crucially, the sun-drenched megarocket reveal — and all the subsequent launches to the moon and beyond — depend on a renovated relic from the historic Apollo missions. Nearly 60 years ago, NASA built two monstrous, tank-like vehicles to transport its legendary Saturn V rocket to the launch stage. One of them, the Crawler-transporter 2, will now ferry the most powerful rocket ever built, NASA’s Space Launch System, or SLS, to the pad.

“It’s the only way for an SLS launch to happen,” John Giles, the engineering operations manager for the crawler, told Mashable. “The only way to go is on our back.”

NASA will broadcast live coverage when the crawler’s rollout begins, between 5 p.m. to 6 p.m. ET on March 17. The space agency expects the rocket will arrive at the launchpad in the early hours of March 18. The actual fueling and countdown will occur later, on April 3.

The renovated crawler can carry 18 million pounds, six million more than crawlers hauled during the Apollo years. The machine will bear the loads of both the rocket and the over 10-million-pound mobile launcher (a tower-like metallic structure) as it rumbles across a four-mile road of pebbles en route to the coast. The creeping journey from where the rocket is built, NASA’s iconic Vehicle Assembly Building, to the launchpad usually takes around eight hours.

The size of the machine is hard to fathom. It’s 131 feet long and 114 feet wide. Its flat surface is larger than a baseball infield. Next to the tank-like tracks, a person looks tiny.

“Unless you’ve been next to it, you have no idea how big it really is,” explained Giles.

The crawler certainly wasn’t built for speed. Its purpose is to safely get a giant, expensive rocket to its coastal launch pad. “The crawler is basically carrying a skyscraper,” said Tammy Long, a public affairs officer supporting NASA’s SLS launch.

Once the crawler moves under the mobile launching tower (which holds the rocket), it will soon start rolling at just 0.05 mph. With its weighty cargo, it will top out at 0.85 mph, never reaching 1 mph. Near the end of the journey, the crawler will climb a five-degree slope up to the pad.

“The crawler is basically carrying a skyscraper.”

NASA made considerable upgrades to the historic crawler, modifications intended to last some 20 years. To support such tremendous weight for NASA’s looming SLS missions, engineers added new brakes, generators, engine parts, structural support, and beyond. So if NASA blasts astronauts beyond the moon in the 2030s — specifically, in an ambitious endeavor to put a crew on Mars for a month — that deep space mission will start with the crawler.

The crawler moving the Mobile Launch Platform during a test.
Credit: NASA / KSP 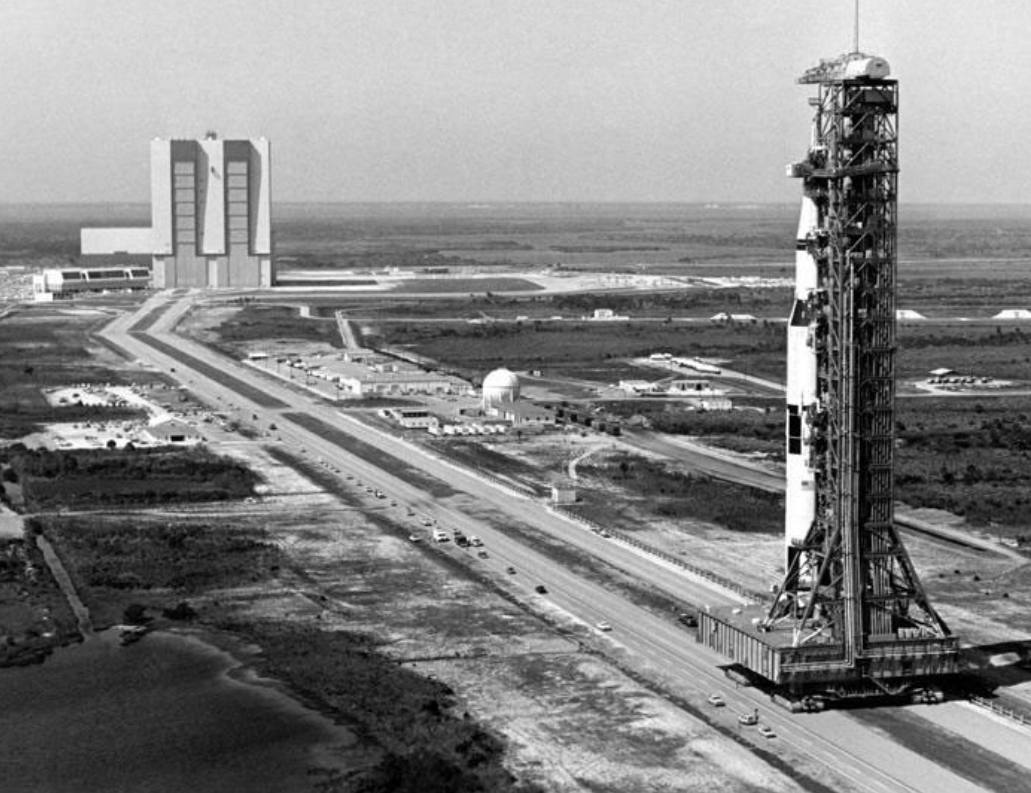 In the 1960s, the crawler hauled the legendary Saturn V rocket to the launchpad at the Kennedy Space Center.
Credit: NASA

To prepare for the SLS’s grand rehearsal, and the looming Artemis 1 uncrewed launch in 2022 (no earlier than May), NASA’s engineers have practiced driving their retrofit crawler. For half a decade, they’ve lifted and moved heavy launch platforms, making sure all 70,000 parts work properly.

In total, the preparation for this moment, when the rocket will be truly revealed to the world, has taken 12 years. That’s when NASA decided an old Apollo-era crawler would be used to move its new megarocket.

One day soon, the crawler’s engineers will watch from Florida as the SLS speeds through Earth’s atmosphere at 17,500 mph, en route to extraterrestrial endeavors. But without the slow tank reliably inching toward the Florida coast, that rocket isn’t going anywhere.

“This is a huge mission itself,” said Giles.

Related Video: How the powerful Webb telescope will peer 13 billion years back in time