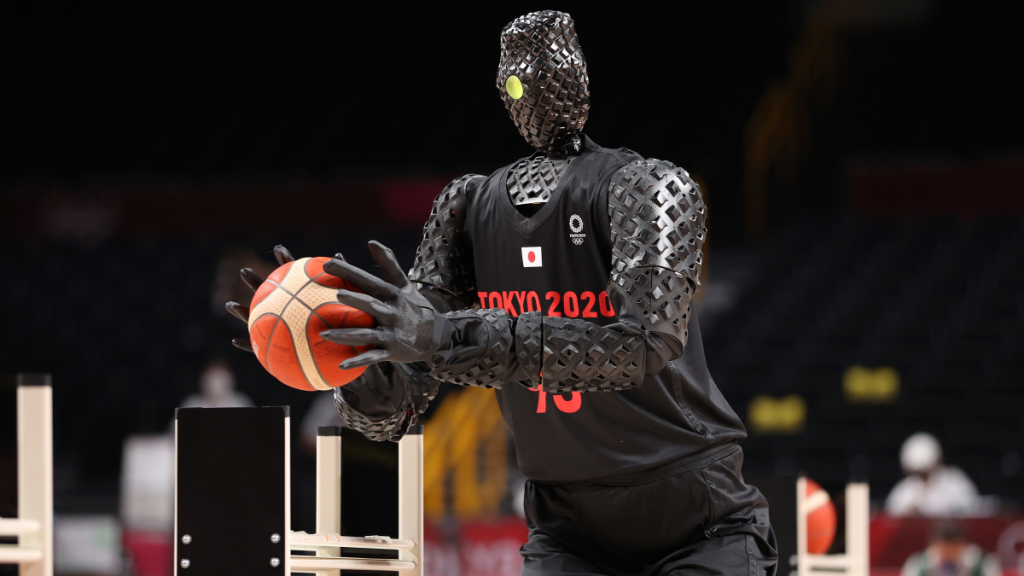 Just a little preview of our robot overlord-ruled dystopian future to darken your Sunday.

The Tokyo Olympics are in full swing, as anyone who has the ability to set the TV channel to NBC is no doubt aware. And while the biennial showdown between world-class athletes and the nations they represent is entirely a celebration of human excellence, in 2021 at least one robot is being allowed to have a little fun, as a treat.

Fresh from the Tokyo Olympics Twitter account we have this clip of a tiny-headed robot — WHY IS ITS HEAD SO SMALL, Mashable’s EiC asked in Slack — shooting, and sinking, free throws. Look at this mad nonsense.

Nothing but net! (The robot moved further back right after this and immediately sunk a three-point shot with ease as well.)

Why is this robot wearing a jersey with the number 95 on it? I don’t know enough about basketball to have a good answer for you there. But I do know robots, and this almost seven-foot tall future Robolympics (not actually a thing) superstar has the goods.

Kidding aside, this basketball-slinging robot appears to be CUE, a Toyota-developed creation that was first built — the original model, anyway — in 2018. In 2019, the third version, CUE3, went out to set a Guinness world record. It’s not clear if the one attending the 2021 Olympics in Tokyo is the same model or a newer one, but it appears to be from the same line of perfect-shooting automatons.

The odd moment you see above played out as part of the halftime festivities during Sunday’s showdown between Team USA and France. France ultimately won the match-up, 89 to 79.

No medals for this one.
Credit: Gregory Shamus/Getty Images