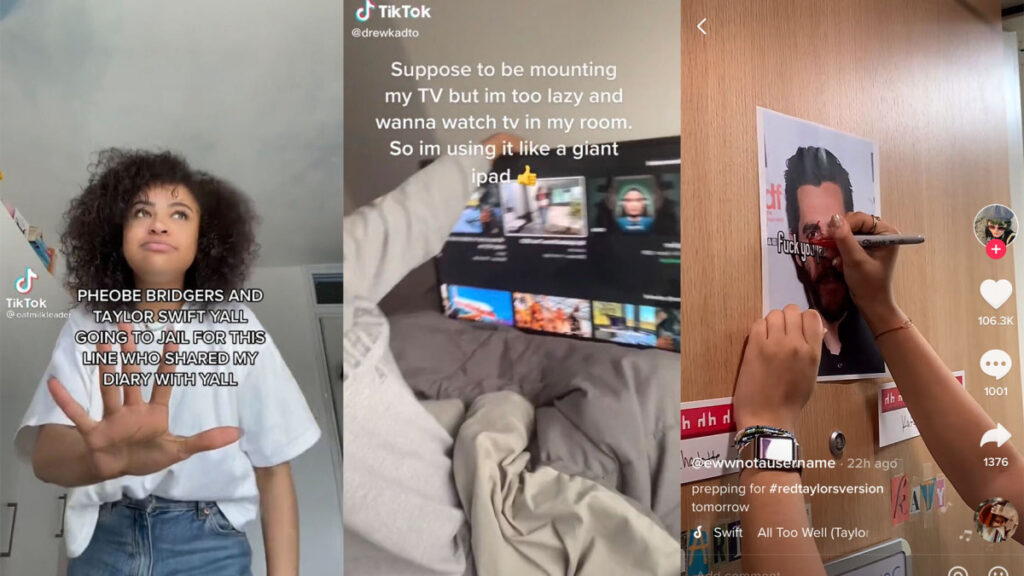 This week, TikTok had it all — reactions to Red (Taylor’s Version), women being too stunned to speak, and the return of “No Nuance November.”

TikTok remembers it “All Too Well”

In case you are somehow unaware, on Friday, Nov. 12, Taylor Swift released Red (Taylor’s Version). By the morning, the tag “redtaylorsversion” had over 430 million views, and over 30,000 videos had been made to the 10-minute version of “All Too Well,” aka the most anticipated song of the album.

“All Too Well (10 Minute Version)” is just as devastating as Swifties expected it to be, and it contains many more details about her soured 2010 romance with actor Jake Gyllenhaal than the original.

Sure enough, TikTok users have a lot of feelings about the song and man with the “fuck the patriarchy” keychain.

In one video, TikTokker @ewwnotausername hangs up a “fuck you jack gyllenhaall” sign and scratches out his eyes while a snippet of the10-minute version of “All Too Well” plays. In another video, @its.maddie.c says, “Jake buddy you really should have gone to that birthday party, so sorry about your murder.”

Even The Washington Post hopped on the trend and made a video pretending to be Gyllenhaal’s publicist.

One of the many reactions to the ten-minute version of “All Too Well.”
Credit: TikTok / ewwnotausername

The responses to Red (Taylor’s Version) on the app don’t end with “All Too Well.” TikTok user @oatmilkleader posted an emotional, ALL-CAPS reaction to one of the tracks from the vault, “Nothing New (feat. Phoebe Bridgers).” The video is captioned, “PHEOBE BRIDGERS AND TAYLOR SWIFT YALL GOING TO JAIL FOR THIS LINE WHO SHARED MY DIARY WITH YALL.” 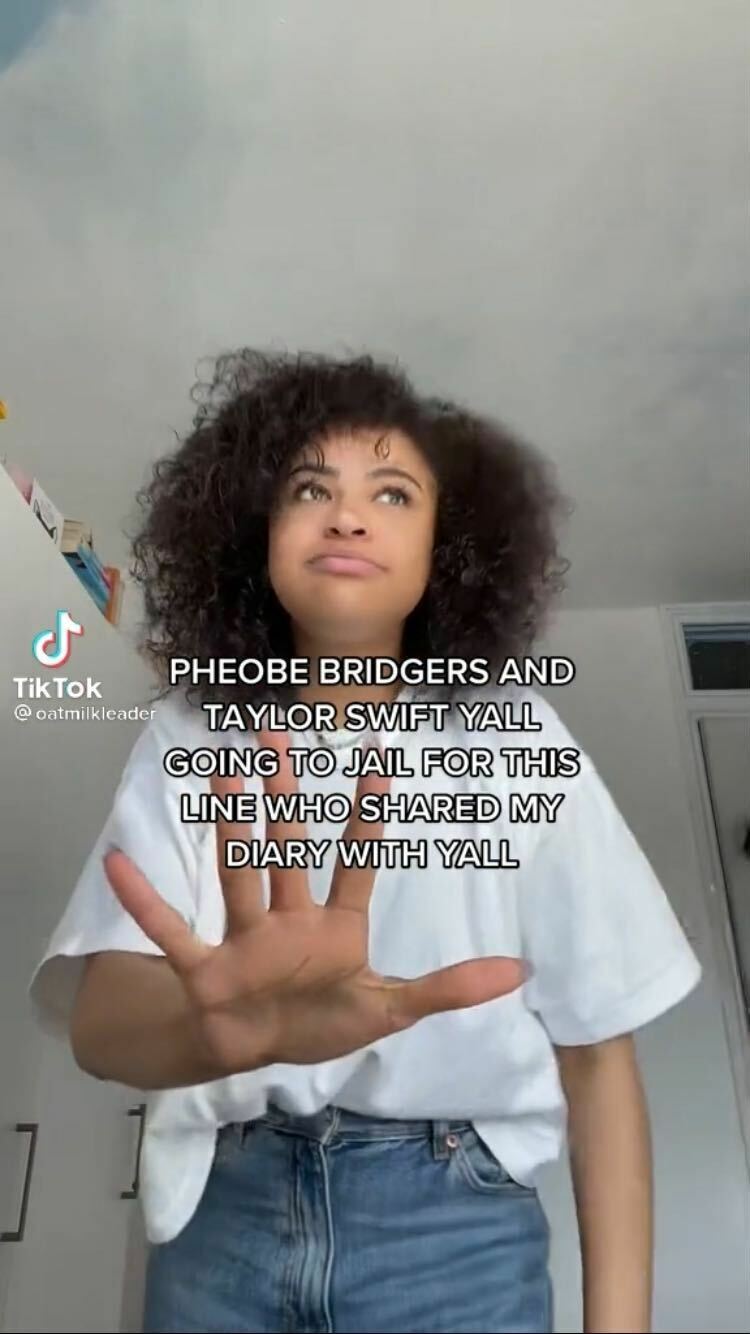 The reactions are in to “Nothing New (feat Phoebe Bridgers).”
Credit: TikTok / oatmilkleader

Screaming, crying because the woman was too stunned to speak

If there is one thing TikTok users love to do, it’s share something embarrassing that happened to them. The more relatable it is, the more viral the video goes. The app is a place of collective commiseration.

The two trends that have taken up the most space this week are “screaming, crying” and “the woman was too stunned to speak.”

You’ve definitely heard the people of the internet use the phrase “screaming, crying, throwing up” in response to everything. This week, that phrase became a viral TikTok sound. Some genius made an edit of “Blank Space” by Taylor Swift and isolated the lyrics “screaming, crying,” turning it into a perfect response for every unfortunate, unlucky situation. So far, over 31,000 videos have been made to the sound, and they’re all hilarious.

A highlight of the trend is @drewkadto’s video, which reads, “Suppose to be mounting my TV but im too lazy and wanna watch tv in my room. So im using it like a giant ipad.” The video has garnered over 200,000 likes. Another popular example is a TikTok posted by @lifewithimna, which laments, “me when i have to do work for the major i picked at the university i chose to attend.” The video has over 90,000 likes. 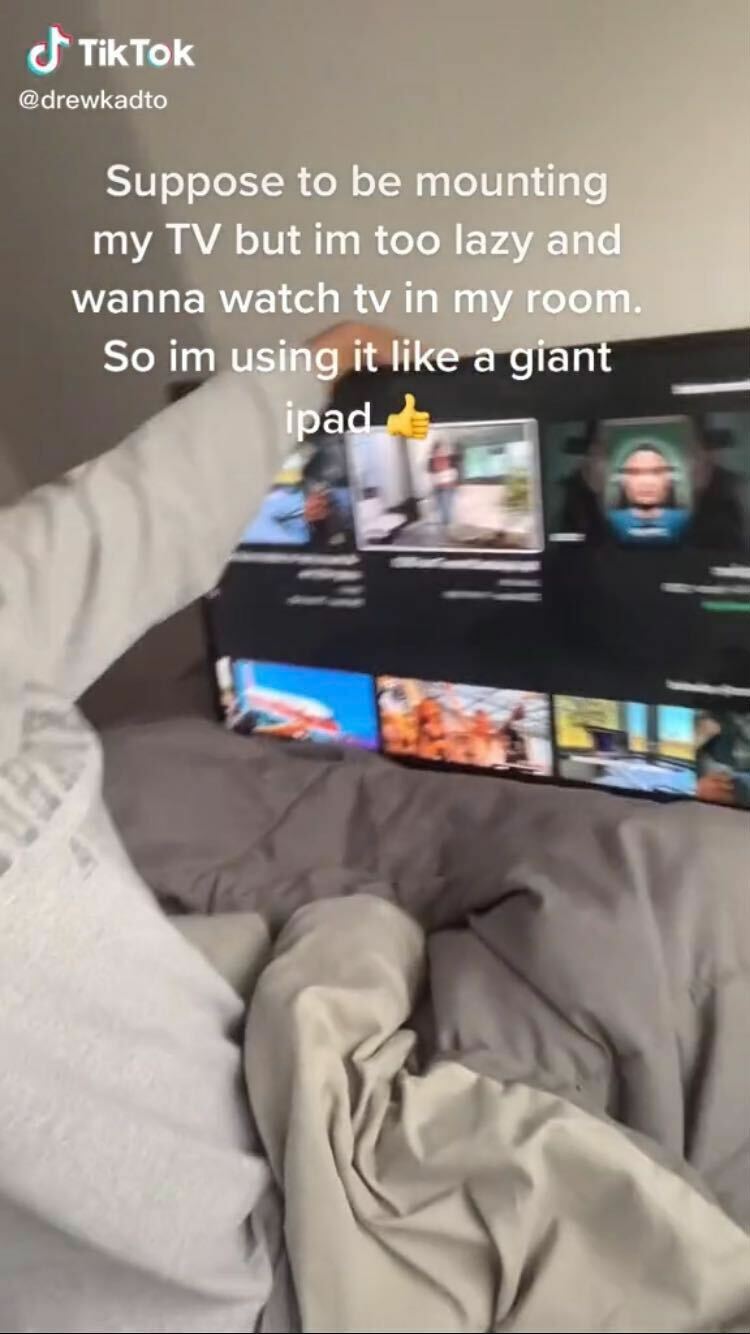 It’s only fitting that a Taylor Swift song has gone viral twice on TikTok during the week of Red (Taylor’s Version)‘s release.

A great example of this trend is @tinkerbella728’s video, in which she uses the sound over the text “when a couple I have no connection to deletes all their insta posts.”

But it’s not all fun and memes. Some of these clips could be considered more depressing than funny, like @loserzzzzzz’s video that reads, “when my acne went away&she cried that she wasn’t the pretty friend anymore.” People using TikTok to process their buried trauma? Consider us too stunned to speak.

In case you forgot, it’s November, meaning “No Nuance November” is back on TikTok.

For the uninitiated, No Nuance November is when TikTokkers post their most controversial opinions without any explanation. (Yes, it’s as dangerous as it sounds.)

The trend was huge last November, so it’s not surprising that it would return to wreak more havoc on our FYPs — in a fun way, of course. The tag currently has 3.5 billion views, so consider this your sign to post your hottest takes.