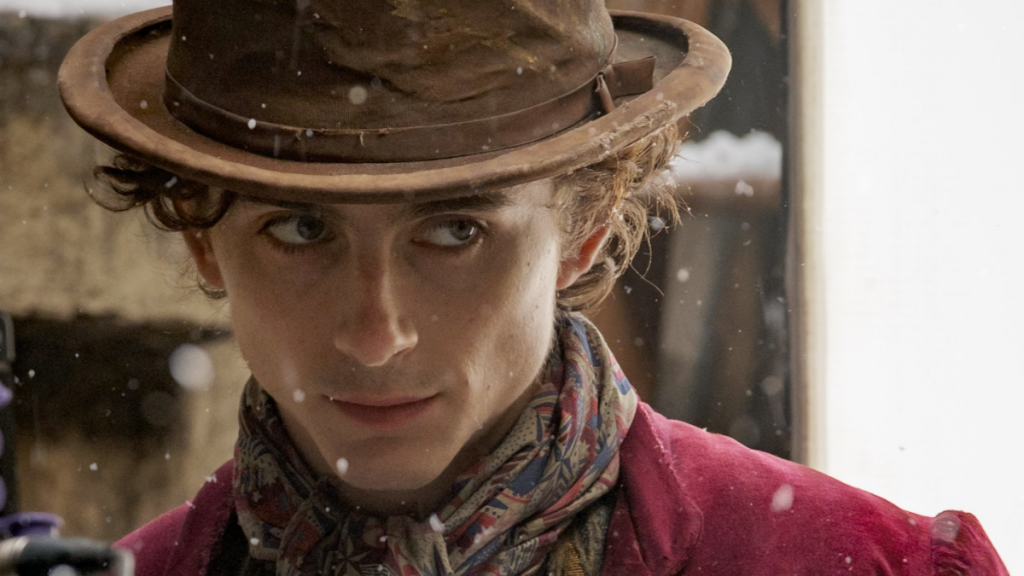 There’s not a whole lot to report here, so let’s just get to it.

It’s been a relatively quiet pandemic-era weekend for New York Comic-Con, but waves were made on Sunday when the annual fan event became the stage for our first real look at Wonka. The upcoming musical re-telling of Roald Dahl’s novel Charlie and the Chocolate Factory stars Timothée Chalamet in the role of eccentric candy magnate Willy Wonka.

And that’s what our first look brings: Chalamet in full costume, looking pensive, while a movie camera sits in the foreground. It’s not a fully revealing body shot, but it’s more than enough to give curious fans a sense of what this new take on Wonka will look like.

That’s it! No trailer, no footage. No sense of what the character will actually be like in this take, just what he’s going to be wearing. The movie is currently set for a March 2023 release, so it’ll likely be some time before we get any of that.

But in case there were any doubters left, Wonka really is coming and here’s all the proof you need.