Tony Lewis Jr. and the fight to #FreeTonyLewis | Afro 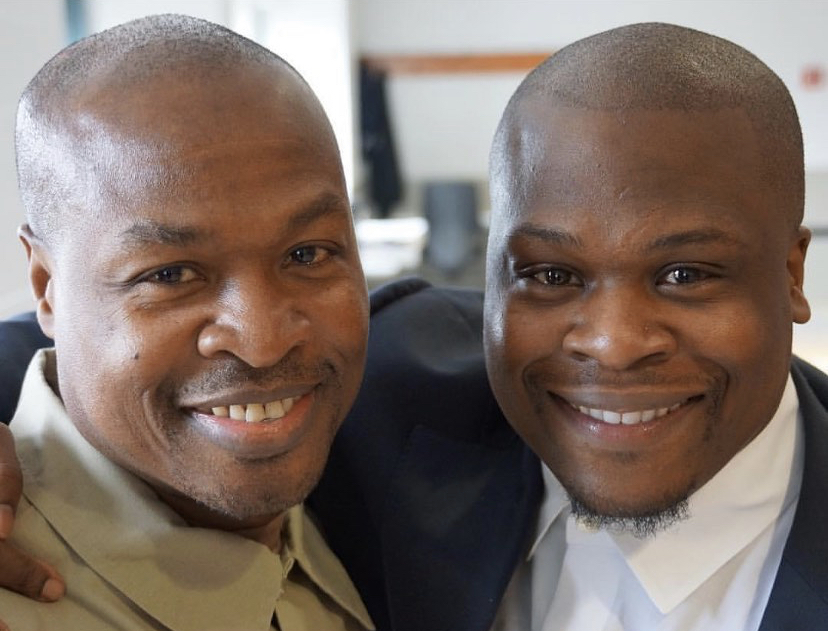 By Carl Thomas
Special to the AFRO

Easter Monday, AFRO D.C. Editor Micha Green sat down with author, activist and community leader Tony Lewis, Jr. on AFRO Live to find out more about his movement and mission. Lewis, now 40, recalled with great detail how his life changed and where he found the motivation to become an advocate for the families damaged irreparably by the effects of mass incarceration. The local advocate, who is hosting the Free Tony Lewis Rally on April 10, shared his personal struggles and obstacles borne out of all of the associated ills of parental incarceration, as well as the toll it takes on the remaining family.

“My dad went to prison when I was nine, and that turned my world upside down. Also, my mom began to deal with severe mental illness, so essentially, I lost both my parents and it was very different from the way I had them prior to his incarceration,” Lewis detailed. “Everybody around me is in prison, I’ve done time with not just my dad but uncles, cousins, friends, aunts. They’ve guided my work, informed my work, held me accountable, given me insight that’s helped me be more effective.”

Lewis explained that his story is not unique for him and his family, but is the experience of many Black Americans. “I’m just a microcosm in D.C. where 95 percent of those incarcerated are Black people. Mass incarceration has destabilized Black people, poor people, Brown people, in this country more so in my opinion than anything. It’s often seen as an island, but I like to show how it connects to everything… it connects to all suffering.”

The author and advocate emphasized the importance of equity within the justice system, particularly for residents of Washington, D.C., who continue to fight for the basic rights provided to all U.S. citizens.

“There’s a real disconnect between D.C. and the rest of the country,” he said. “What’s even more interesting is we are further along than the rest of the country in so many ways and I think they need to look to us.  We’ve done things locally around reentry, mass incarceration, and around supporting returning citizens that people theorize about, but we’ve actually done it.”  From no cash bail, to programming, to prison justice reform… my job is to be able to call attention to that… holding some of these national organizations and people on the hill accountable to us, to give us a seat at the table and this rally is very much about that.”

The April 10 rally was organized to ask President Joe Biden to reunite Tony Lewis with his family after serving 32 years in Federal Prison. “We’re taking it to the White House and demanding that the President not only free my dad, but also create a robust clemency program that can reunite American families who’ve been separated far too long by these draconian sentences,” Lewis told the AFRO.

Further, Lewis said that the rest of the country can take a few cues from the nation’s capital when it comes to aiding returning citizens.

Lewis is hoping that support for the rally and improvement to the mass incarceration crisis proves to be as strong as it appears online. To date, the petition to Free Tony Lewis has received 19,395 signatures.

More information on the rally, the petition and the mission of Tony Lewis, Jr. can be found at www.FreeTonyLewis.com.

The rally kicks off at 2 p.m., on April 10 and will take place at Black Lives Matter Plaza. Safety is a priority at the event and Lewis, who recently recovered from Covid-19, emphasized the importance of wearing a mask (or two) and social distancing.