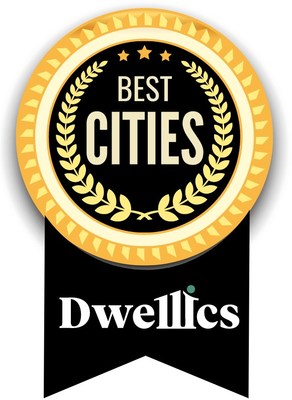 Top 100 Healthiest Counties in America 2022: Three Counties in Washington Rank in the Top 15

OAK PARK, Calif., Feb. 17, 2022 /PRNewswire/ — Dwellics, the authority in U.S. city data and personalized advice on where to move, has unveiled its 2022 list of the Top 100: Healthiest Counties in America.

Dwellics analyzed data on more than 3,000 U.S. counties to compile a list of the Top 100 Healthiest Counties in America. Cancer incidence and mortality, air quality, water quality, substance abuse, and life expectancy are the ranking factors.

Washington scores high marks in the report, with eight of its thirty-nine counties earning mention and three of which placed in the nation’s top fifteen. The Evergreen State’s healthiest counties:

Washington’s top-scoring county, Whitman, is home to many parks, open spaces, and recreational areas, including six state parks, the Snake and Palouse Rivers, and several lakes. However, while the state’s counties with the highest population density achieve mention in the report, they are the lowest-ranked counties in Washington to do so, with King County placing ninety-seventh nationally and Clark County one hundredth. This suggests a correlation between lower population density and health within the state.

A recent study by Upwork, the world’s largest work marketplace, reveals that as many as 23 million Americans are planning to move in 2022; the growing popularity of remote work has allowed many of those planning a move to put living in a healthy area on their list of considerations. Correspondingly, the top counties on the list have all experienced population growth in recent years, reflecting Americans’ desire to live in a healthy area and the capacity of remote work to allow such moves.