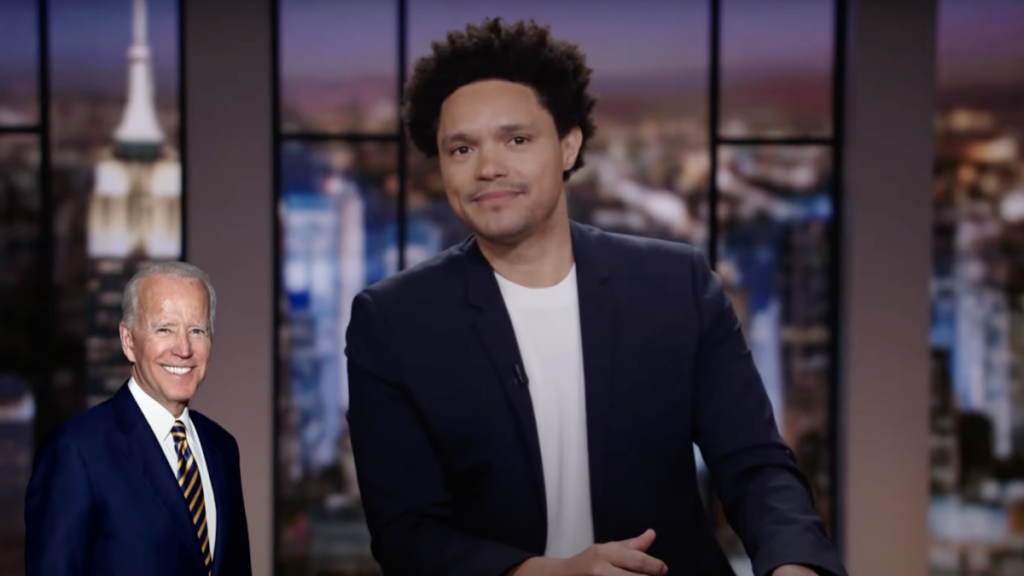 It’s the hottest mic topic of the week.

On Monday, during a press conference in the East Room of the White House, President Joe Biden handed it to Fox News’ Peter Doocy. Calling out a question at the end of proceedings, the reporter asked the president, “Do you think inflation is a political liability in the midterms?”

“It’s a great asset, more inflation,” Biden replied into the live microphone, in a moment that could have been to himself or to the reporter, it’s unclear. “What a stupid son of a bitch.”

The so-called hot mic moment, livestreamed across the globe, was unpacked by The Daily Show‘s Trevor Noah on Tuesday, who straight-up had a gleeful time with the subject.

“You see, this is what happens when you’ve been on Zoom calls for two years. You forget that real life doesn’t have a mute button. Son of a bitch. Was that out loud? Sorry,” he said.

Noah went on to note that there’s been debate over whether it was indeed a hot mic. “People are asking if Biden even knew that the microphone was on but guys, please, come on. He’s sitting there talking into a giant microphone, so there’s at least a 50/50 chance he knew it was there.”

The host also highlighted the, uh, nature of the question itself. “A lot of people online are dunking on the reporter saying that he deserved this because he’s just some Fox News guy asking a dumb question. And they’re right. ‘Do you think inflation is a political liability’ is a very stupid question. What’s Biden’s supposed to say? ‘No, I think people like spending more money to buy the same shit.'”