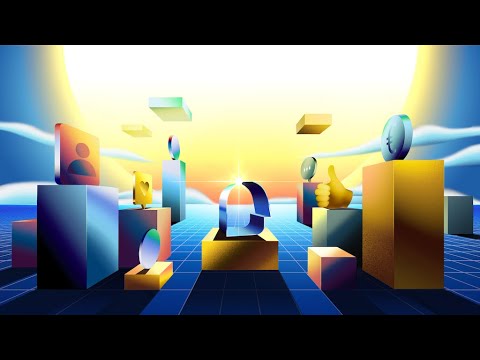 LOS ANGELES, Oct. 19, 2022 /PRNewswire/ — The roadmap was unveiled as several billionaires rushed to stake their claim on social media. For example, Kanye just purchased the social media platform Parler, and Elon Musk appears to be closing in on his $44 billion deal to purchase Twitter.

The beautiful thing about changing the world is that it’s not zero-sum. DeSo can win, and others can win.

Social media today is close to a zero-sum game where only 3 – 5 corporations control what we see and do online. Platforms are incentivized to protect their billion-dollar ad-revenue stream at all costs resulting in mass censorship and the erosion of freedom of speech.

Another billionaire controlling social media isn’t the answer, and many believe the solution is decentralization.

Jack has previously expressed regret over how things played out with Twitter. However, it appears he’s open to working with other platforms to solve the current problems with social media today.

In a recent Tweet, he hinted at a potential future integration with the DeSo blockchain.

“Competition in this space is a good thing, not to anyone’s peril (Deso can use this protocol too),” Said Jack in response to questions about decentralizing social media.

DeSo is a new layer-1 blockchain custom-built to scale decentralized social media apps to billions of users. They recently unveiled their own roadmap and are riding a recent wave of success that resulted in a price surge, an influx of new users, and an all-time high of 1.7 million on-chain wallets.

DeSo believes putting social media on a 100% open-source blockchain will lead to a creator-led and user-owned internet that millions of people can build on top of solving many of the problems that plague social media today.

“Agree the decentralization of social is NOT zero-sum. We’d love to discuss how deso can integrate with At Protocol and create a better world together. One where people own their voice the same way they own their Bitcoin. Will reach out!”

Learn more and claim your profile at deso.com.