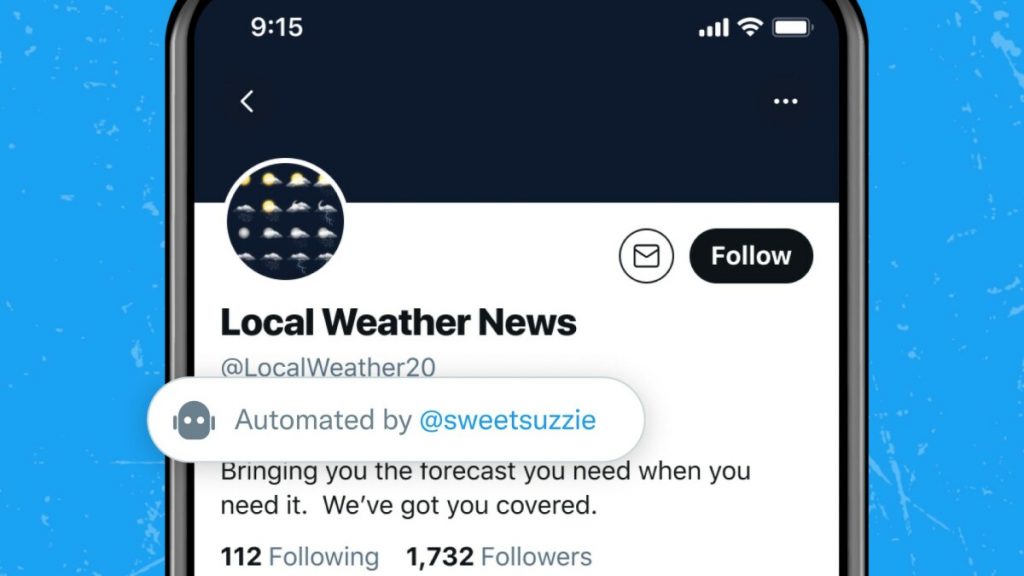 Twitter has started showing which accounts are run by bots

Twitter is making it a little easier to understand who you’re interacting with on its network.

On Thursday, the company announced it started testing a new feature: labels that tell you which Twitter accounts are automated. The label will show both on the account profile, where you will also see who’s running the bot, as well as on individual tweets.

The idea behind the feature, Twitter explains in an FAQ, is to identify good bots from spammy ones, and ultimately increase transparency.

“Examples of automated accounts you might see on Twitter include bots that help you find vaccine appointments and disaster early warning systems. When these accounts let you know they’re automated, you get a better understanding of their purpose when you’re interacting with them,” says the FAQ.

Twitter says it’s only testing the feature with “a few accounts,” but it should start offering accounts the option to add this label themselves “soon.”