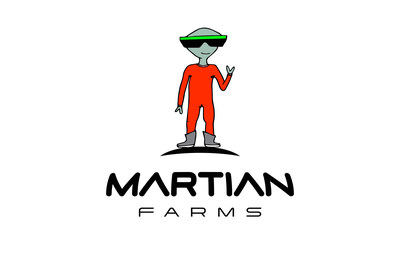 TORONTO, April 1, 2022 /PRNewswire/ — Could it be this simple? Martian Farms, a vertical-farming platform with a new location in Orange, N.J., is using operatic music to make its crops grow 10 times faster than traditional growing methods.

The company’s chief science officer, Matthew Mickens, who previously worked at NASA’s Kennedy Space Center to develop food crops aboard the International Space Station and beyond, said the leafy greens currently growing in conditions directed by Martian Farms’ proprietary LED technology are ahead of their maturation cycle by more than three weeks. He is crediting his own personal playlist that includes the operatic music performed by Maggie Finnegan.

The typical bibb lettuce growing cycle is 26 days; Martian Farms’ plants are currently reaching maturity in less than 3 days. While it hasn’t been tested in residential environments, Mickens says he believes the science will hold up for the average household plant.

“For centuries, people have been working on ways to make plants grow faster—whether it’s by bringing them into controlled environments, adjusting fertilizer blends, or even playing with different light recipes. But this is so simple, and makes so much sense: What if I told you that we’ve discovered something that beats them all….and it’s the music? It’s the high pitch of the arias.”  Mickens says.

Last month, Martian Farms announced its first U.S.-based project to bring a high-tech, efficient and ethical approach to agriculture. Its technology is based on 26 years of academic research and a combination of disciplines working at the forefront of their respective fields, including former NASA scientists, and agricultural and manufacturing experts.

The company’s goal is to cultivate a community to support an other-worldly solution to bring scalable, affordable and sustainable nutrition. Join us – and be in on the joke. Happy April Fool’s Day!

To join the mission, follow Martian Farms on social media:

For more information on how Martian Farms is helping to provide sustainable farming on Earth, visit MartianFarms.co.

Martian Farms is using its space-age technology to change farming as we know it on Earth. We grow locally, sustainable, zero-pesticide greens that are blockchain tracked from seed to sale in proprietary, closed-loop, state-of-the-art vertical farming facilities that use up to 99% less land and water than traditional farming. Join our mission at MartianFarms.co.