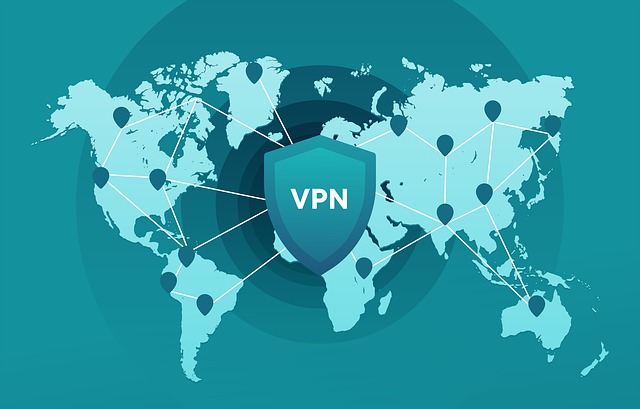 What is VPN and why do I need it?

A Virtual Private Network (VPN) connection establishes a secure connection between you and the internet. Via the VPN, all your data traffic is routed through an encrypted virtual tunnel. This disguises your IP address when you use the internet, making its location invisible to everyone.

A VPN connection is also secure against external attacks. Most important, VPN services establish secure and encrypted connections to provide greater privacy than even a secured Wi-Fi hotspot.

Gain secure and private access to the internet with VPN

VPNs can seem complicated, but the concept is actually pretty simple. A VPN gives you a secure, encrypted tunnel through which all online traffic can flow. Nobody can see into the tunnel, so all your browsing is private. Make sense?

Few of the best VPNs for online security with powerful encryption, fast connection speeds and a huge network of secure servers can bypass the geographic restrictions of popular streaming sites like Netflix, Prime Video, and Hulu, so you can watch additional content from around the world. It’s also a great option for unblocking streaming sites.

Should you pay for a VPN?

The good news is that there are free versions of popular VPNs, plus free trials of VPNs with full access to everything you get with a premium plan. Alternatively, you can pay for a VPN. So which option is best for you?

Unfortunately, there is always a catch with free versions, and it’s normally in the form of limited data usage. If you’re just an occasional user, these plans will work fine. But if you’re going to be streaming or downloading, this isn’t going to work. Free trials are a little bit different: they come with everything you get in a paid plan, but obviously they don’t tend to last very long. Trials are great for testing out a service before committing, but this isn’t a long-term solution.

What we’re saying is that the best option for streaming securely and accessing the online world without restrictions is with a paid subscription to a VPN. To gain access to advanced security features without limitations on usage, you need to pay up. The best VPNs are generally the most expensive, but there are plenty of cheap plans out there, especially if you’re willing to commit to a lengthy contract.

A VPN can hide a lot of information that can put your privacy at risk. Here are five of them.

It’s no secret where you go on the internet. Your internet service provider and your web browser can track just about everything you do on the internet. A lot of the websites you visit can also keep a history. Web browsers can track your search history and tie that information to your IP address.

Here are two examples why you may want to keep your browsing history private. Maybe you have a medical condition and you’re searching the web for information about treatment options. Guess what? Without a VPN, you’ve automatically shared that information and may start receiving targeted ads that could draw further attention to your condition.

Or maybe you just want to price airline tickets for a flight next month. The travel sites you visit know you’re looking for tickets and they might display fares that aren’t the cheapest available.

These are just a few isolated examples. Keep in mind your internet service provider may be able to sell your browsing history. Even so-called private browsers may not be so private.

2. Your IP address and location

Anyone who captures your IP address can access what you’ve been searching on the internet and where you were located when you searched. Think of your IP address as the return address you’d put on a letter. It leads back to your device.

Since a VPN uses an IP address that’s not your own, it allows you to maintain your online privacy and search the web anonymously. You’re also protected against having your search history gathered, viewed, or sold. Keep in mind, your search history can still be viewed if you are using a public computer or one provided by your employer, school, or other organization.

3. Your location for streaming

You might pay for streaming services that enable you to watch things like professional sports. When you travel outside the country, the streaming service may not be available. There are good reasons for this, including contractual terms and regulations in other countries. Even so, a VPN would allow you to select an IP address in your home country. That would likely give you access to any event shown on your streaming service. You may also be able to avoid data or speed throttling.

A VPN can help protect your devices, including desktop computer, laptop, tablet, and smart phone from prying eyes. Your devices can be prime targets for cybercriminals when you access the internet, especially if you’re on a public Wi-Fi network. In short, a VPN helps protect the data you send and receive on your devices so hackers won’t be able to watch your every move.

Why you should not use a VPN?

Instead of directly accessing a website, you’re accessing it via your VPN provider.

Although this allows you to hide your IP address and encrypt your data, this also means, data has to travel more and with added complexity.

If VPN providers you’re using are not powerful enough, your internet can get very slow.

This is fairly self-explanatory: You want a VPN service that works with the operating systems on your laptop, smart phone, desktop or tablet.

Let’s start with our own VPN performance testing.

For our tests, we measured download performance from a variety of locations across the world. We also measured ping time and connection time. One interesting observation was that not all services could reach the cities we wanted to test. IPVanish, for example, didn’t have any servers in Russia. StrongVPN didn’t have servers in Russia, Taiwan, or India.

We also found that performance varied drastically by server location. NordVPN had, for example, exceptional connection speed with Russia, but could barely move a byte to India.

The standout in terms of download speeds was Hotspot Shield. As counterintuitive as it may be, average performance while using the VPN increased overall in international connections.

We discuss more about how that’s possible in our in-depth Hotspot Shield review. The other VPNs we profiled all lost performance (much more in line with expectations), with CyberGhost and NordVPN rounding out our top three.

When it comes to ping speeds, the results were also counterintuitive. All our profiled providers showed an improvement in average ping speeds compared to use without a VPN.

The only reason this makes sense is if you realize that you’re probably reducing server-to-server hops to an international destination when you travel through a VPN.

Finally, we looked at time to connect. When you start up the VPN service, how long does it take to achieve communication?

While you’re not likely to make connections except once per session at your device, waiting as much as 16 seconds (as it was on average for NordVPN) can seem like an awfully long time compared to a little under two seconds (which we found, on average, for Hotspot Shield).

Let’s take a look at our chart, and we’ll deconstruct a few more important aspects of our study.

There are two data series modeled on the chart. The vertical columns represent the average ranking for each vendor.

But it’s the line chart that helps put these numbers in perspective.

Take, for example, a VPN vendor who ranks in the No. 1 slot on one site and the No. 10 slot on another site. It’s going to be very hard to tell from those two data points just how reliable that VPN provider’s performance actually is. By contrast, if you have another vendor who ranks as No. 5 from the same two sites, you can be pretty sure that vendor is in the middle of the pack — because the rankings are consistent.

That’s what we wanted to know in our aggregated data analysis. Now you can decide who is the winner.

Check out the top 10 VPNs here

1 thought on “VPN for PC: What is a VPN? and best VPN for secure browsing”