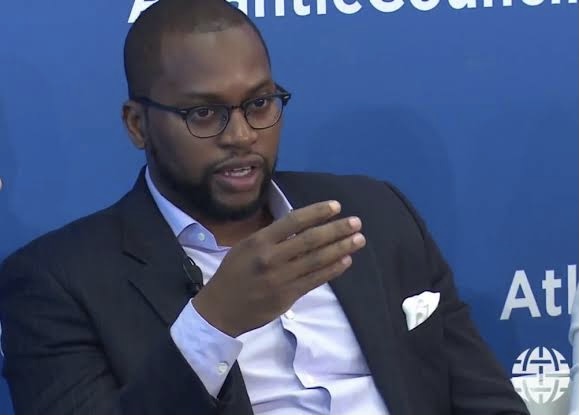 Wale Ayeni, IFC’s regional head of Venture Capital Investment for Africa, Middle East and Central Asia has announced his exit from the organization.

“After 5+ thrilling years at the IFC, last week was my last. I cannot but be grateful for the years filled with purpose, joy, learning and growth working alongside extremely passionate and mission-driven colleagues focused on changing the narrative in emerging and frontier markets, with action, and through technology. The wealth, breadth & depth of the experience was only possible by the steadfast support and belief of colleagues who saw frontier markets as a digital ‘opportunity’, where the possibilities for value creation remain exponential. The engagements of all and sundry over the last years have led to deep personal growth of which I am eternally grateful, and I am humbled by the passion with which everyone engaged every day to achieve the development and impact dimension of what we all do.”

Conclusively, he said: “I am thankful to many people who have believed in, and supported the vision, and the list is too long to mention here, but I’d be remiss not to mention William Sonneborn, Atul Mehta, Nikunj Jinsi Maria Kozloski for the support through it all – and most importantly to the founders in these markets who make it all happen & from whom I continue to learn the most. Thank You!”

Here’s What You Should Know

Before his resignation, he led IFC’s venture capital deals in frontier markets across Africa, the Middle East and Central Asia. A member of the management committee of the Disruptive Technologies and Funds group at IFC, Ayeni has managed over 20 venture capital investment professionals across Africa, China, India, Latin America, the Middle East and Southeast Asia. He has helped establish and build the Venture Capital practice of IFC Africa.

It is worthy of note that Ayeni was initially part of the very first team at Orange in Silicon Valley. He led investments into disruptive startups spanning several sectors such as Fintech, Big-Data, Mesh Networks, Blockchain and Virtual Reality.

Ayeni kicked off his finance career with J.P. Morgan’s Technology Investment Banking group in San Francisco where he successfully executed over US$12 billion worth of closed transactions, spanning M&A to IPOs for large-cap technology clients.

In microprocessor design, he started his career as an engineer at Intel Corp. Here, he led critical aspects of the company’s CSI chip architecture — the biggest micro-architecture change in Intel’s history. He also led aspects of the very first ‘Snapdragon’ chipsets working at Qualcomm Inc.’s chip design center enabling the initial smartphone designs.

Academically, Ayeni has bagged an MBA from Dartmouth College and a Bachelor’s degree from Moscow University, Russia. He is a Kauffman Venture Capital Fellow, a recipient of the top global 100 Rising Stars award in Corporate Venture. He sits on the Dartmouth Tuck EMEA council and advisory boards of several venture funds in Africa.