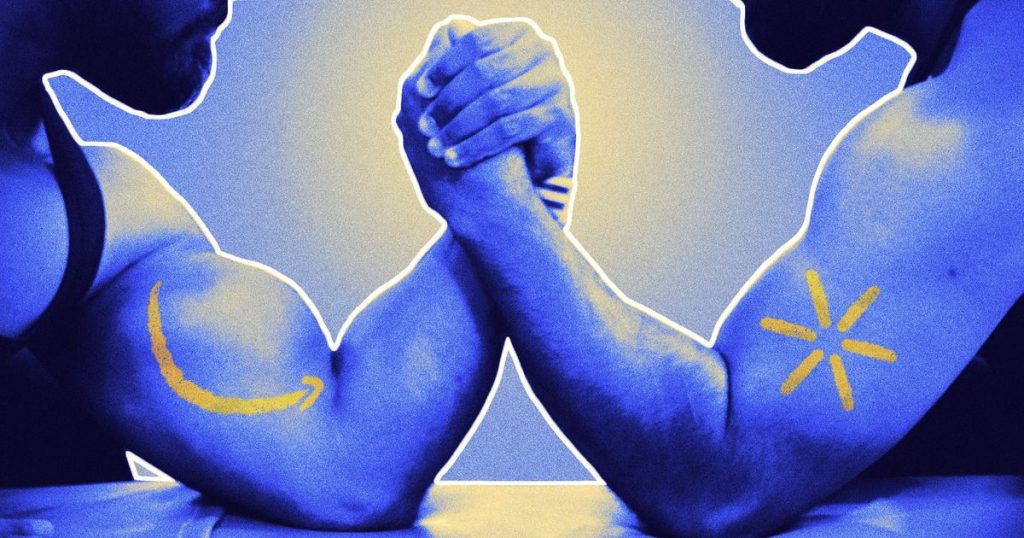 Here are the best sales to shop during Walmart’s Deals for Days event as of June 21:

Oh, you thought Walmart was just going to sit there and twiddle its thumbs while one of its biggest rivals ran a massive two-day sale with over two million deals? Think again.

As Amazon revs up for its sixth annual Prime Day event on June 21 and 22, the big box store kicked off its own “Deals for Days” shopping extravaganza on Sunday, June 20, with “Black Friday-like savings” up for grabs online and in stores now through Wednesday, June 23. (For those of you keeping up at home, that makes it twice as long as Prime Day.)

The best part is that Walmart isn’t hiding Deals for Days behind any sort of subscription — unlike Amazon, which has pages of markdowns that are exclusive to its Prime members — nor will it make you pay for two-day shipping on any order over $35. Certain ZIP codes even qualify for free next-day delivery on $35-plus orders of eligible items. (Click here to see if it’s available in your area.)

But enough chit-chat — let’s get this shopping party started. Keep scrolling for a list of the absolute best deals Walmart’s running right now, including a $100 discount on the latest 12.9-inch iPad Pro (which is currently full price on Amazon) and a whole 56% off the Mashable’s Choice Award-winning Google Pixel Buds. We’ll be updating it as Deals for Days progresses and more markdowns roll in, so go ahead and bookmark this page for future reference.

Note: Any sold-out deals that could make another appearance later this week have been marked with a .

This highly rated 1080p display from 2019 comes equipped with a built-in Roku TV platform for easy access to over 5,000 channels and 500,000 movies and TV episodes. Top that off with Motion Rate image processing to keep things smooth and stutter-free and a Game Mode that reduces input lag, and you’ve got a terrific budget pick for streaming and gaming alike.

Click here to read our review of the Roku Express 4K+.

Speaking of: If you’re planning on upgrading your TV at some point this week, make sure to also grab the all-new Roku Express 4K+ — with fast wireless performance, effortless setup, hands-free control (with the included Voice Remote), and access to a bunch of free entertainment via The Roku Channel, it makes streaming in 4K HDR simpler than ever.

The Express 4K+ is already pretty cheap at its $39 MSRP, but right now you can get it at Walmart for a mere $29. (At 25% off, that’s an exact match of Amazon’s Prime Day discount.)

Click here to read our buyer’s guide to Chromebooks.

We’ve said it before and we’ll say it again: Get your kid a Chromebook. Samsung’s ultra-lightweight Chromebook 4, a 13.3-inch laptop from 2020, is pretty much bombproof thanks to some military-grade durability and built-in virus protection — plus, a battery life of up to 12.5 hours per charge means Little Timmy or Susie can go all day without needing to plug it in. This particular configuration comes with 4GB of RAM and 32GB of onboard memory, which is plenty for their purposes.

With a custom-made , a bright mini-LED display, and an upgraded front-facing camera, this year’s new 12.9-inch iPad Pro is a fantastic tablet for creatives (or anyone who hasn’t upgraded their tablet in the past few years, really).

Walmart has the 128GB model with WiFi (no cellular connectivity) listed at only $999 during its Deals for Days event — that’s a savings of just under 10%. (Amazon did not have a matching discount at the time of writing, FYI.)

Click here to read our review of The Legend of Zelda: Link’s Awakening.

Get hyped for the just-announced Breath of the Wild sequel by revisiting the extremely charming remake of 1993’s The Legend of Zelda: Link’s Awakening, which launched on the Nintendo Switch in 2017 with revamped graphics and a “reawakened” soundtrack.

Click here to read our review of the Google Pixel Buds.

Walmart makes these bad boys’ Black Friday discount look borderline pathetic with its $79 Deals for Days pricing — that’s 56% off their $179 MSRP. (Meanwhile, they’re completely sold out in the Google Store.)

Click here to read our hands-on guide to the Samsung Galaxy Watch Active2.

Samsung’s Galaxy Watch Active2 from 2019 hits that sweet spot between form and function with a sharp, stylish design and tons of useful health-tracking features (including sleep and heart rate monitoring). Better yet, it can last up to five days (!) on a single charge — Apple Watch whomst?

Click here to read our buyer’s guide to smart speakers.

Howdy, Google. The second-gen Nest Mini from 2019 is a rebranded version of the original Home Mini that’s got double the bass of its predecessor on top of adaptive sound, a helpful built-in Google Assistant, and a machine learning chip that helps it process commands lightning-fast. (It’s also small enough to fit in the palm of your hand, which makes it easy to hide in plain sight.)

Click here to read our buyer’s guide to robot vacuums.

Great for carpets, rugs, and hard floors alike, the top-rated eufy RoboVac G30 Verge is a self-charging robot vacuum with smart assistant support, Home Mapping technology, and a whopping 2000Pa of suction strength — that’s an impressive amount of power for a mid-range model. (For comparison’s sake, the $650 iRobot Roomba i7+ — another smart robot vacuum that can empty itself — maxes out at 1800Pa.) It’s also compatible with Anker’s Boundary Strips, which can be placed on your floors to block off certain areas from its cleaning path — Walmart throws in a whole roll for good measure.

Click here to read our buyer’s guide to Instant Pots.

You know we couldn’t go a major sale without scrounging up an amazing deal on an Instant Pot. The Viva is a 9-in-1 model from 2019 with 15 Smart Touch customizable programs and an extremely convenient EasySeal lid that locks it automatically while you’re pressure-cooking (or steaming, or sautéeing or yogurt-making…).

Grab one during Deals for Days and you’ll pay just $59 — that’s 40% off its $99 MSRP and only $10 away from its all-time-low Black Friday price. (Don’t bother looking for it on Amazon, by the way — both colors are sold out there.)

Click here to read our buyer’s guide to electric and manual/kick scooters.

The Razor scooter of your childhood is back and cooler than ever in the form of the Power A5 Black Label, a lightweight electric model for ages 8 and up that can fold for easy storage and maintain speeds of up to 10 miles an hour. (Don’t forget a helmet!)