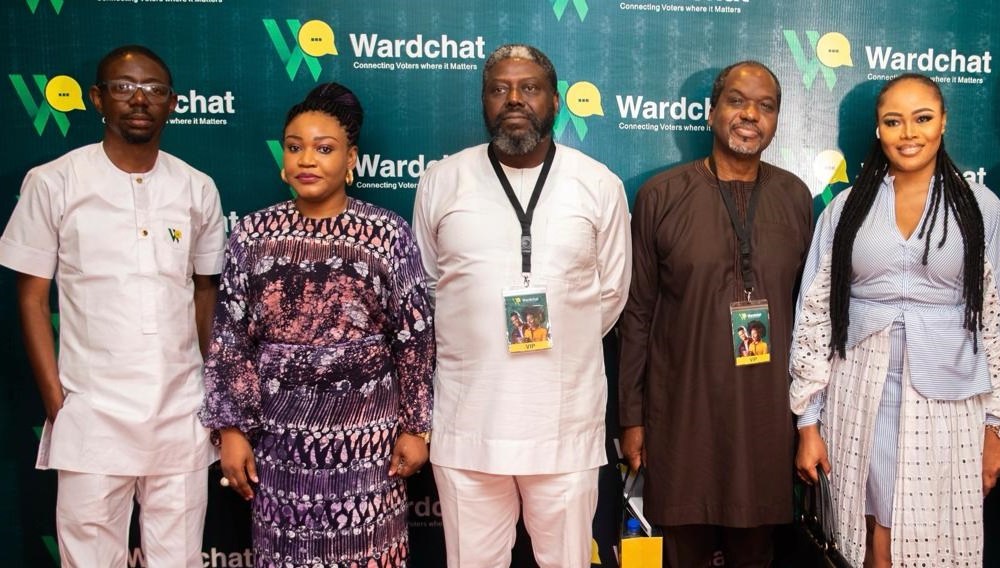 Wardchat Berths in Nigeria to Digitize the Electoral Space

Wardchat, a Nigerian non-partisan social network connecting voters from the same polling unit, ward, local government and state across the country has been launched in the country.

According to Kunle Lawal, Country Lead, Wardchat, during the official launch of the app, Wardchat is the World’s 1st social network purposely built for an electoral community.

“It is an effective and smart social network with custom features built on Nigeria’s electoral structure covering 36 states and the FCT, 774 Local Governments, 8000 wards and over 176,000 polling units across the nation”.

He explained that most of the tech apps coming into the Nigerian market are Fintech, Mobility, Insurtech, EdTech but Wardchat is the only custom-built tech app aimed at digitizing the electoral space for proximal relationships using the smallest Electoral unit as a determinant during registration. “We will play in the social media space where we have the foreign big techs like Facebook, Twitter, WhatsApp and Opera News hub.

But what makes us different is the niche market we would be serving, which is Nigeria’s electoral community of over 73 million registered voters and over 120 million above voting age, our features are built for Nigeria’s electoral structure which isn’t an afterthought. As of today, only Wardchat creates connections by matching user’s electoral profiles thereby helping to foster engagement among voters that lead to better electoral outcomes, targeted audience conversations and ward-centric conversations”, Lawal stated.

He said the major insight that informed the development of the app was the realization that every polling unit is a community of voters that should connect and interact more as voters, no matter how dispersed they may be.

On whether the app will change the way  people would vote or collect PVC for the upcoming election, Wardchat Country Lead said, “Firstly, Wardchat has been created with a long-term vision and not necessarily for the upcoming election. We are just happy this is coming at the right time for the 2023 elections for a peek into what the product can potentially become. We do not want to change the way people vote. We want to facilitate and create relationships among voters that will enable them to influence each other and collaborate for more informed electoral choices. We believe that developing rapport and trust among voters at the ward level is a critical aspect of persuasion to end voter apathy and unfriendly debates in our electoral space.”

Speaking on the company’s growth plan, Lawal stated that Wardchat aims to have 7million voters onboarded on the app in 5 years. “That is less than 10% of the voting population so we believe it is doable. In the run up to the 2023 elections, our target is to get to 1million sign ups on the platform with over 1.5million content generated.”

He added that Wardchat plans to sign up a sizable number of voters that can use its amazing app features for incidence reporting, election monitoring, voter education, random polling and political campaigns, at no costs to them. “We also plan to deploy a feature that will allow users report results from their polling units, and these will be collated and reported on a dashboard available for all users of the platform to see.”

In her presentation on the features of the app, Ms. Faith Ariori explained that during the app development process, the company realized the need to address some of the concerns already prevalent in the social media space, especially on data privacy and protection of users from hate speech and any form of harm. “So for example, we made electoral information optional for users to select while signing up. It is best to fill in this information but not mandatory.

We also deployed Usernames and not Full names for signups, so users can remain anonymous if they so wish. Phone numbers are also optional. On spread of fake news and hate speech, built within the app is a newsfeed of respected, trusted and reputable online and traditional media from where members can share news across wards, states and local governments on the platform. We also have flags and blocking mechanisms for users to flag abusive posts which are then auto removed from your feed and block users they consider toxic.”