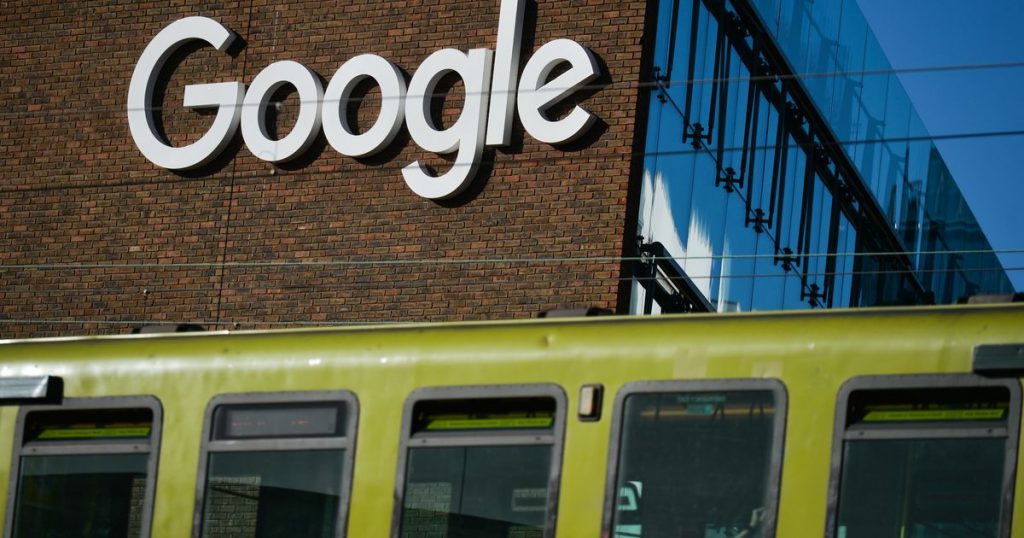 Last year, the COVID-19 pandemic arrived at just the right time to make Google cancel its annual I/O developer conference. Now with a full year of prep (and high expectations), Google I/O is back in a virtual-only format that’s sure to bring plenty of exciting announcements.

The part that will be of interest to regular folks like you and I is the keynote, which kicks off I/O on Tuesday, May 18 at 1 p.m. ET. It will be streamed live on Google’s YouTube channel, so watching it should be easy.

We don’t know exactly what I/O will bring this year in terms of news, but as always, a steady stream of rumors and leaks has given us a decent idea of what to expect.

It’s usually a safe bet that we’ll get some news regarding the next iteration of the Android mobile operating system at I/O every year, and 2021 is no different. Android 12 is in a developer preview state right now, so we may get news about a larger public beta at I/O. That means regular people would be able to get their hands on an unfinished build of Android 12 before its wider release sometime later this year.

Google is sure to give us a full breakdown of new features at the show, but for now, we have a few ideas of where Android 12 is going.

An Android developer going by the handle kdrag0n unlocked a neat new feature in the developer build that matches system-level UI elements to the color of your phone’s background image. As you can see, making your background purple will add a purple hue to the notifications menu, for example.

I’ve managed to get the new wallpaper-based theming system, Monet, working on Android 12 DP1. Here are some examples of predominantly purple and orange wallpapers: pic.twitter.com/jXHvWq7K81

Beyond that, we know Android 12 has a new “Nearby Share” feature for getting your friends on your home WiFi network. If you toggle the option on in settings, the phone will seek out another device nearby and that device should get a notification inviting them to log into the WiFi network without the hassle of a password. Android has allowed WiFI sharing via QR codes for a couple of years, but this is an even quicker and easier option than that.

For privacy-focused users, Android 12 adds one massive upgrade: The ability to shut off access to your phone’s camera and microphone for all apps, per 9to5Google. That should probably be available on every device with a camera and/or microphone, so it’s good that Android 12 is including it.

There are sure to be other fun changes in the OS update that shows up at Google I/O, so stay tuned.

One thing that we’re pretty certain is going to show up at I/O is a new variant of the Pixel Buds called Pixel Buds A. That’s because Google accidentally leaked the new Buds in a marketing email in April. Whoops!

As for what the new Pixel Buds will actually be, that’s less certain. Google usually puts that letter “A” at the end of product names to denote that they’re slightly trimmed down, budget-friendly alternatives, like last year’s Pixel 4a smartphone. Naturally, the Pixel Buds A would then be less expensive versions of last year’s largely excellent Pixel Buds.

That said, it’s impossible to know what Google plans on stripping out of the Pixel Buds to make them cheaper until the announcement at I/O.

2020 was an unusual year for Pixel phones, almost certainly because of COVID. Google broke its typical spring release schedule for its Pixel A-series budget line in favor of launching its entire 2020 lineup — the Pixel 5, Pixel 4a, and 4a 5G — together last fall. This year, we know that new A-series and flagship Pixel phones are coming, but whether or not they show up at I/O is a different story.

The Pixel 5a has already leaked via renders, but Google made it pretty clear back in February that we wouldn’t see it until the same late summer or early fall timeframe it relied on for the 4a’s debut. The phone also looks almost exactly the same as the 4a, with a 6.2-inch OLED display, a fingerprint sensor on the back, and a hole-punch selfie camera on the front. There also appears to be a 3.5mm headphone jack, so Google is still fighting the good fight in that regard.

As for the Pixel 6, Front Page Tech commissioned some renders based on leaked hands-on images they saw that show a pretty drastic redesign of the flagship phone. There appear to be two flagship phones on the way: the Pixel 6 and Pixel 6 Pro. The former has two cameras on the back and the latter has three, with both phones housing the rear cameras in what looks like a slight bump. The display looks like it has an incredibly thin (bordering on nonexistent) bezel with a hole-punch camera in the top center, and a fingerprint sensor built into the display.

As for their relevance to I/O, don’t be sad if the Pixel phones are absent from the event. If the 5a isn’t launching until months from now, it would make sense for the 6 to come out around the same time.

In news that is probably more interesting to developers than consumers (while still being of vital importance to both), Google is apparently developing its own in-house chips for upcoming Pixel phones and Chromebooks codenamed “Whitechapel.” 9to5Google reported back in April that Whitechapel, also known internally as “GS101,” would be the engine that runs the next flagship Pixel phones that launch this fall.

Google is almost certainly not going to say anything about the Pixel 6 (if that’s what it ends up being called), but I/O would definitely be the place to reveal the existence of Whitechapel. Apple made a big deal out of its in-house M1 chip last year, which powers recent devices like the MacBook Pro released earlier this year. Don’t be surprised if Google goes down the same road of developing chips for its own devices, which could potentially bring about boosts in power and other exciting changes down the road.

There doesn’t seem to be much in the way of specific rumors or leaks about the future of Google Assistant, but it wouldn’t be Google I/O without some feature updates. Google usually carves out at least a little bit of time at I/O to talk about it, and it would be shocking if that didn’t happen again this year. In fact, this blog post from Google confirms Assistant will show up at I/O in some capacity. There will be an Assistant-centric keynote on May 19 at 12:45 p.m. ET, but that doesn’t mean it won’t show up in the main keynote, too.

Google Assistant is key to the company’s Nest range of smart home products, and the same blog post confirms that we’ll hear more about the future of those smart home devices at a keynote on May 19 at 7:15 p.m. ET. Google says it will “dive into product vision, new product announcements, and showcase great Assistant experiences built by our developer community” during the smart home keynote.

Along similarly speculative lines, we don’t know if Google is going to talk about the future of Fitbit and WearOS at I/O. That said, Google acquired Fitbit in 2019 and hasn’t completely folded the wearable fitness tracker company into its broader ecosystem just yet. It’s a little awkward, as Fitbit’s devices run on Fitbit OS, while Google has its own wearable operating system called WearOS.

Google apparently sent out a customer satisfaction survey about WearOS this week, per Android Central. It might just be coincidental timing, but considering I/O is mere days away, it’s hard not to wonder if there won’t be some kind of update at the show. Perhaps we could hear about the next version of WearOS as it pertains to the rumored Pixel Watch, which was the subject of some leaked renders earlier this year.

Again, all of that is pure speculation, but based on circumstantial evidence, one has to wonder if we won’t see more of Google’s wearable plans at I/O.

This is perhaps the least likely of everything we’ve discussed so far, but there’s one big loose end regarding Google Chromecast and Stadia that could be resolved at I/O. You see, Google released an excellent new Chromecast late last year, but it was missing one crucial thing: Support for Stadia, the company’s overhyped and under-delivering game streaming service.

It’s easy to look at the current state of Stadia and come to the conclusion that Google is sweeping it under the rug. After all, its original game development studios shut down earlier this year before we ever saw a single game from them. Google still maintains that Stadia support is coming to the latest Chromecast, though, with a tweet from the official Stadia account saying as much this week. It seems to be a matter of when and not if, though with Stadia, nothing is ever certain.

As with any tech conference, it’s possible that we could see all of these things at Google I/O, but also… none of them. The truth will probably lie somewhere in the middle, with some unexpected curveballs thrown in along the way. After a long year with no I/O, it’ll be good just to see anything at all.