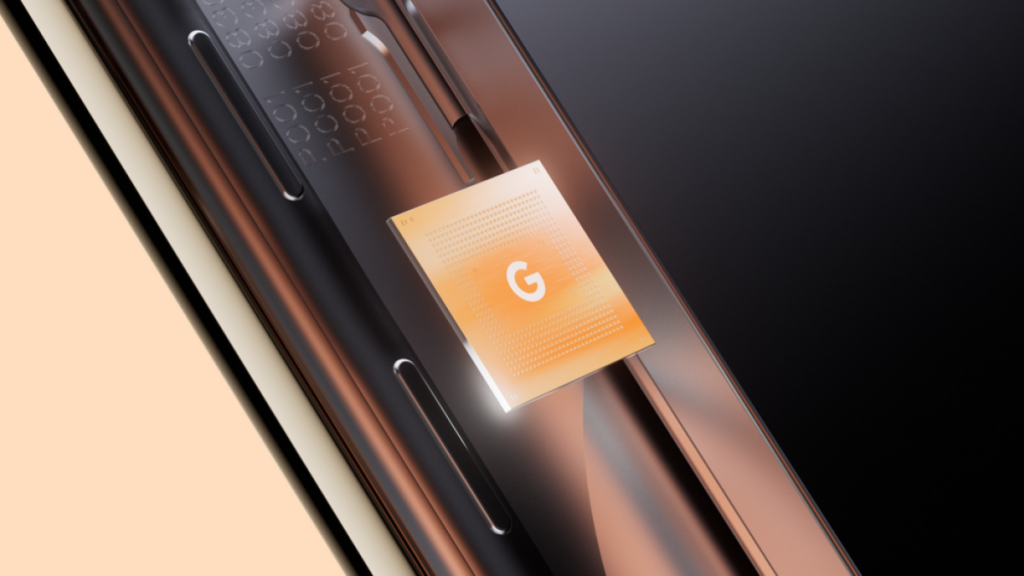 We’re coming up on the launch of the Google Pixel 6 and 6 Pro, and, for once, there’s a pretty significant change to Google’s newest smartphone that isn’t just a bigger screen or better camera.

To be more specific, Google is developing something called the Tensor chip for the Pixel 6 phones. There are still plenty of important details about Tensor that Google probably won’t reveal until the Oct. 19 Pixel 6 launch event — such as which companies are providing which exact components for it — but we can use what little we have to paint a picture of what this means for the future of Pixel.

What is Tensor, exactly?

We’re talking about what’s on the inside, but in case you haven’t seen it, here’s what Pixel 6 looks like on the outside.
Credit: google

Great question! In technical terms, Tensor is a new system on a chip (or SoC) that will power the Pixel 6 and Pixel 6 Pro phones. You’re probably wondering what the heck an SoC is. This is actually the rare tech term that’s somewhat self-explanatory, as an SoC is a group of the essential components that make up a computing system (like CPU, GPU, and RAM) packed together into a silicon chip. The fact that we can put entire computers into tiny chips in this way is what enables us to have smartphones at all.

For a better idea of what the actual makeup of Tensor looks like, an extensive preview from The Verge back in August offered some specifics. Tensor shares a name with the Tensor Processing Units (or TPUs) found in Google’s massive worldwide network of data centers, which do very complicated machine learning things for cloud infrastructure. Put simply, at least part of the Pixel 6’s Tensor chip is a mobile version of those TPUs designed to enhance the phone’s capabilities using machine learning and Google’s AI technology. There will be a new Titan M2 component in Tensor for increased security too, also made by Google.

There are other components of the SoC that are more mysterious, like the CPU and 5G modem. Those could likely be outsourced hardware from other companies and not in-house Google creations. The most important thing for laypeople like you and I is that Google is leveraging its considerable AI and machine-learning prowess to enhance the Pixel 6 and 6 Pro through Tensor.

How does this make the new Pixel phones better?

This question is trickier to answer, because Google has been so coy with details prior to the Pixel 6’s launch. That said, Google did show some demos to The Verge in the aforementioned preview to give an idea of how a more advanced AI chip might enable the Pixel 6 to do some nifty things.

For instance, Google demonstrated how the new Pixel 6 camera can take a blurry photo of a small child in motion and make it sharp enough to not get instantly deleted off your camera roll. Instead of just snapping one photo, the Tensor chip allows the Pixel 6 to capture several shots of said child, detect the kid’s face, and combine all the shots it has into something you can use. Google has been using computational tricks to enhance photos for years, but Tensor could potentially bring those capabilities to new heights.

Other demonstrations included real-time speech translation between two languages from a video, as well as faster speech-to-text functionality with the ability to edit with your fingers while you talk. It’s safe to assume that there will be plenty more to do with Tensor than just shoot better photos and translate speech more accurately, but Google hasn’t lifted the veil on anything else yet.

One other thing to note about Tensor is that it might enhance the Pixel 6’s AI capabilities, but, on its own, it might not necessarily make the phones screaming powerhouses compared to other flagship Android handsets. Without getting too into the weeds, XDA Developers published a list of leaked (but still technically unconfirmed) Tensor specs last month that suggested some of the components Google is using are actually somewhat old and outdated. A handy breakdown by Android Authority found that the specs made Tensor competitive with other high-end chips, but not obviously superior. There’s no guaranteeing Tensor will give the Pixel 6 phones elite battery life or better gaming performance than the competition, and we certainly won’t know until the devices are in our hands.

Maybe the leaked specs are wrong or maybe Google is going with those parts because of the ongoing chip shortage. Either way, the point is that Pixel 6 may very well have excellent performance, but this first generation of Tensor chips could also still leave room for improvement.

How is all of that different from how Google made old Pixel phones?

Our last question is the simplest one of all. Google is making Tensor itself, while in the past, previous Pixel phones ran on SoCs produced by Qualcomm. For example, the Pixel 5 ran on the Qualcomm Snapdragon 765G platform. Qualcomm kind of runs the show in terms of powering Android phones in the U.S., to the point where the official Snapdragon Twitter account recently posted a terrible meme seemingly lampooning Google’s decision to break away from that trend.

We can easily pinpoint what Google is doing differently, but the why is a little more complex. It’s easiest understood as an imitation of how Apple makes iPhones. Since the iPhone 4, each of Apple’s flagships phones have run on in-house A-Series silicon. Since Apple is in full control of production and design on iPhones, the chips inside them, and iOS as a platform, it can make everything work together seamlessly to produce those excellent phones people spend thousands of dollars on each year.

According to Loup Funds analyst Gene Munster, that’s precisely what Google wants to do with Pixel going forward. Google also, of course, makes the Android OS itself, so Tensor can be built to play to each version of Android’s strengths and hypothetically get more out of Android than third-party phones.

“I think they have a better understanding of the demands that they’re going to be putting on these processors, and probably have gone back to people like Qualcomm and asked for more, and they’re not getting it done,” Munster told Mashable.

Another reason Munster laid out for Google’s decision-making here is easier to wrap your head around: Cost. Google has to pay Qualcomm to use those Snapdragon chips, a fee that doesn’t exist with Tensor. Sure, you can pay for someone else to make a luxurious meal for you at a restaurant, but if you also have the skills and resources of a gourmet chef, why not do it yourself?

But while money is almost certainly a factor, at the end of the day, it still goes back to making sure Pixel 6 and its successors down the line can not only keep up with the competition, but perhaps eventually outshine it in the way iPhones do year in and year out. If Google wants to keep the Pixel line running and relevant for years to come, relying on other people’s hardware could eventually hold that effort back.

“There’s this divergence in capabilities that companies like Google are trying to advance, and kind of the utility of their products, and the ability for traditional silicon providers to deliver on that,” Munster said. “They have to [develop an in-house SoC] or run the risk of having the silicon be the weakest link [in Pixel phones].”