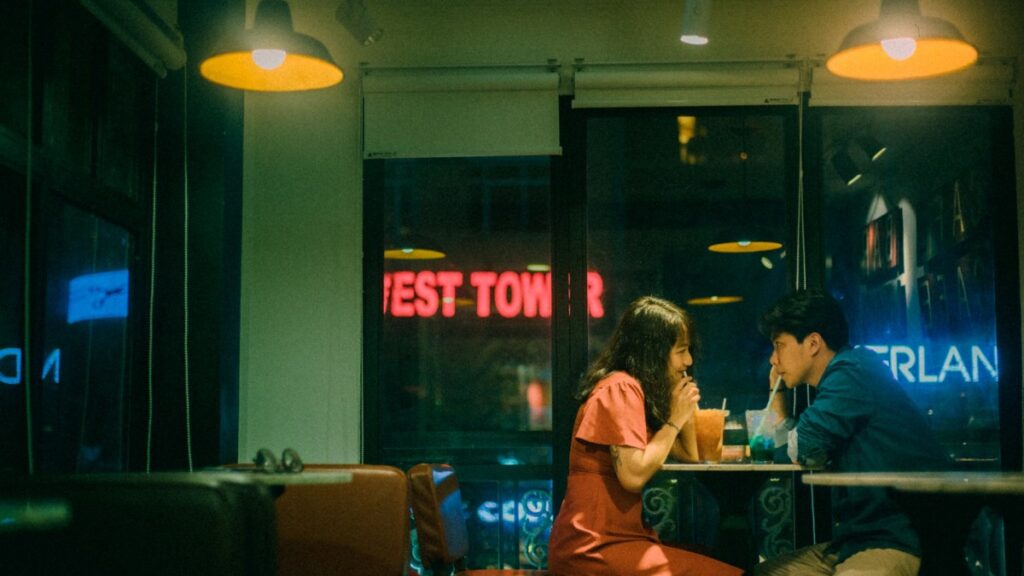 Which dating app should you use? This guide can help you figure it out.

We do get that on some level, there is a certain appeal to the coffee shop meet-cute or fun situation-ship that gradually and naturally turns into something more. But frankly, we are tired of everyone ignoring the fact that dating apps give you the chance to meet a whole group of people you might not have otherwise. And once you find someone you click with, how your relationship develops in-person is pretty much indistinguishable from non-app origin stories.

Sentiments aside, we have some hard data to back our reasoning for Why Online Dating Is Worthwhile™: Statista predicted that the online dating audience will grow to 53.3 million by 2025, compared to 44.2 million users in 2020. A study from Stanford released in 2019 asserted that online dating is officially the most common way for U.S. couples to meet, rounding out at nearly 40 percent of couples having first met online.

This pre-pandemic prediction could be shown up if the surge of Covid-era dating app sign-ups stays afloat. Whether people decided they wanted a relationship during isolation or are just looking to get nasty again, dating apps are a great place to find a partner.

And yes, though there are algorithms that dictate what profiles pop up on your screen, we firmly believe that some stars aligning still comes into play. After all, the person who signs up on the app and is looking for love at exactly the same time you are is up to fate and the universe, proving that online dating romance is very much alive and well.

Because it’s not 2007 anymore, the need for mobile-friendly online dating isn’t just a millennial thing — people over 40 don’t have time to sit around at their home desktop, either. Dating sites that are older than most members of Gen-Z (like Match and eharmony) have been forced to give serious attention to their smartphone counterparts if they don’t want to be outgrown.

However, that statistical promise still requires patience and a game plan, the game plan being choosing the dating app with features that best fit your lifestyle — and the lifestyle of the type of person you’re looking for. Are you looking for an app strictly for sex or an app more serious than Tinder but less serious than eharmony? Or maybe, you’d just really love to find an app where queer women aren’t relentlessly sexualized by creeps and pestered by unicorn hunters.

Feeling weird about dating post-Covid restrictions? Yeah, everyone is.

Despite restaurant capacities returning to normal, the idea of swiping just for the hell of it isn’t feeling so normal. The expectation for a hot vaxxed summer was more realistically represented through a collective Fear of Dating Again.

Seeing humans in real life isn’t something to take for granted.

FWIW, communication skills may have gotten better during the pandemic. Hashing out Covid-related issues with strangers required getting comfortable with personal boundaries and learning how to discuss anxieties with someone new. Tinder thinks the honesty will carry over when things are back to normal, which means you can feel comfortable knowing more people are comfortable saying exactly what they want, even if they quite don’t know what that is. You can even tell if someone is vaccinated based on their profile on some dating apps, so that saves you from any awkward anti-vax conversations.

Which dating apps are actually good?

Remember that not all apps are good just because they’re, well, new. Every year, a slew of trendy apps try to set themselves apart from Tinder and Bumble: In 2017, apps like Hater (which matched people based on things they disliked, like slow walkers or Donald Trump), and The League (a snooty, members-only matchmaker with a ridiculous waitlist) were expected to be game-changers. Hater has since disappeared from the App Store while The League’s reviews have gotten increasingly questionable.

It’s hard to pinpoint the exact reason as to why such promising ideas didn’t make the cut — but whether they were too exclusive, too niche, or begging for catfish, it’s clear that there’s a very special ingredient that makes apps like Hinge pop off.

Choosing the apps that are good for you

One app’s secret ingredient might not be the one you necessarily want to include in your dating recipe. If you already live in a large metropolitan area, Tinder’s pull of its large user base is a little less strong, since likely, more niche apps will have a decent number of profiles near you.

Some people are dedicated to keeping their search for love free of cost, so sites like Match or eharmony, where most if not all features live behind a paywall, will likely not be your first pick. For others, behind that paywall is where they find the reassurance that users are likely not dropping cash to mess around or not go on actual dates.

Of course, knowing exactly what you want isn’t always easy to say, especially when pulling from the abstract. There’s nothing wrong with flying free from the Tinder nest and trying out a few apps or sites you wouldn’t usually. Overall, we say embrace the messy ride that is dating.

To get you started, this handy guide breaks down the most popular dating apps and why people like them, plus some (actually good) up-and-coming apps that offer a more tailored experience: